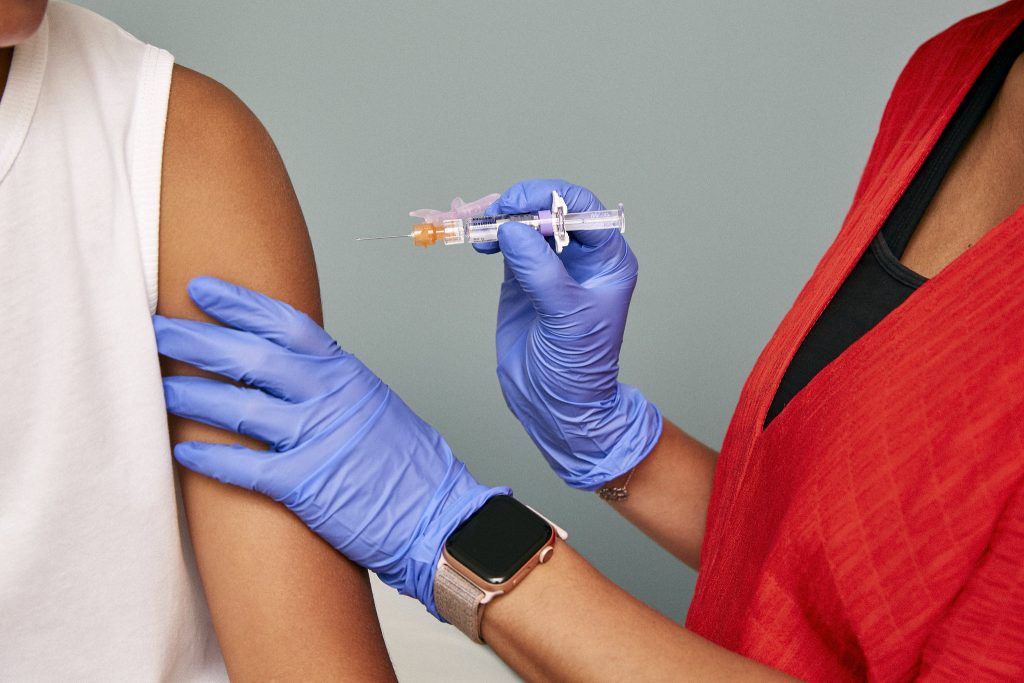 A physician administers a shot. (Credit: SELF Magazine/ Flickr)

The Ocean County Health Department will receive its first tranche of coronavirus vaccine doses next week, and it will be vaccine developed by Moderna, which has yet to be formally approved by the Food and Drug Administration, but was endorsed as being “highly effective” by the agency this week, paving the way for quick approval.

About 1,500 doses of Moderna vaccine will be delivered to Ocean County during either the week of Dec. 21 or Dec. 28, said Freeholder Gerry P. Little. The Moderna vaccine differs from an already-approved vaccine from Pfizer, which requires storage in ultra-low temperature containers. Little said the county already possesses the storage equipment required for the Moderna vaccine.

“We will be implementing our vaccination plan which has been in place for many years,” Little said.


The county in 2005 administered about 40,000 vaccinations against the H1N1 influenza virus, and will utilize the same protocols now while remaining in compliance with federal and state rollout schedules. Little said healthcare workers and residents of long term care facilities will be the first to receive the vaccine. This group is known as group “1a” under federal guidelines. After those people have received vaccinations, group “1b” will receive them. The 1b group consists of first responders and adults over age 65 who have serious underlying health conditions.

There will then be a second phase where “group 2” will be vaccinated – this group consists of the general population.

After the recipients of the vaccine in groups 1a and 1b receive their shots, the county is planning to offer coronavirus vaccines in a manner similar to how the Ocean County Health Department hosts annual flu shot clinics. The initial doses will likely be administered with the assistance of others, such as physicians or pharmacists with whom the county partners.

While the news of vaccination supplies making it to Ocean County is good news, statistics on the spread of the pandemic have been grim as of late.

The county recorded 328 new cases Wednesday, the sixth-largest in the state, and five deaths overnight. In recent weeks, the county has been experiencing a low of five deaths and a high of 15 deaths on a daily basis.

“A lot of these have not been at nursing homes,” Little warned, noting that the percentage of new cases and deaths have been increasing outside of long term care facilities. As it currently stands, 47 percent of new cases have come from these facilities.

“A while ago, it was well over 50 percent of deaths that occurred in long term facilities,” Little said, signaling that the general population has become more exposed to the virus than during previous spikes.

The rollout of the vaccine is expected to take months, officials said.

“We hope by the summer time there will be a light at the end of the tunnel,” said Freeholder Joseph Vicari, who ordered the board’s meeting room sanitized twice on Wednesday before a public meeting. “In the last two weeks, I’ve become even more concerned where I go.”