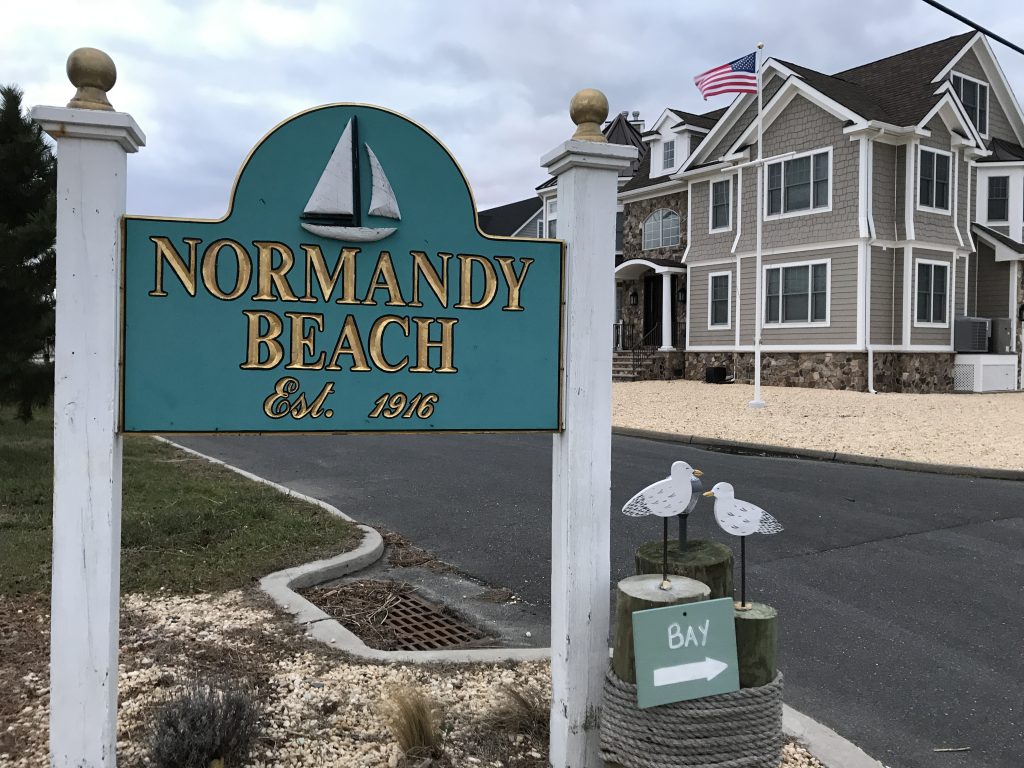 Brick and Toms River townships, months after agreeing to partner on addressing flooding issues in the shared Normandy Beach neighborhood, have both been awarded grants that will further the effort, officials announced.

Earlier this year, the two towns entered a shared services agreement to apply for grant funds for a roadway elevation project to address flooding issues in the Normandy Beach section. The New Jersey Department of Transportation recently awarded Brick Township funding in the amount of $417,028 as part of the Municipal Aid Program for the project. Toms River was awarded $323,600.

The Normandy Beach neighborhood overlaps the border of Brick Township and Toms River on Ocean County’s northern barrier island. In recent years, Normandy Beach has seen an increase of flooding events, and residents have frequently come to township council meetings to express their concerns – and occasionally, their stories of missing school and work as well as the inability to reach their homes – due to flooding. The project’s goal is to alleviate flooding issues in the area with a focus on Broad Street and portions of 5th, 6th and 7th Avenues. The proposed project will elevate the road surface on the affected streets.


Brick Township is moving forward with its own efforts to install valves on outfall pipes that are designed to keep water from backing up onto local streets, and has teamed with an engineering firm to develop a comprehensive anti-flooding plan.

“The increased number of flooding events is having an impact on the quality of lives of residents of both townships,” said Brick Mayor John Ducey. “I want to thank [Toms River] Mayor [Maurice] Hill and his staff for working with us to address the flooding. When local governments work together to address regional issues, the citizens and taxpayers benefit.”

The funding comes from the NJDOT’s Fiscal Year 2021 Municipal Aid Program. As part of the shared services agreement, Toms River was responsible for the application for the funding. In all, 549 municipalities submitted for funding from the program and requested more than $342 million. As per the agreement, Brick Township will continue to look for additional funding opportunities and apply to any that are identified.

“We were so glad to see the NJDOT continue to support our road elevation program, especially on this joint project with Brick Township”, said Hill. “Toms River Township has already completed four projects like this, with a fifth one currently under construction, and they have been very well received by our residents. We look forward to reconstructing this portion of Normandy Beach and alleviating the ongoing nuisance flooding that these residents have to undergo sometimes.”

Toms River officials say their efforts to raise roads have been met with positive reviews by residents in portions of Silverton and Ortley Beach where such projects have been completed. The emphasis on flooding comes more than eight years after Superstorm Sandy devastated the neighborhood, Route 35 was reconstructed and more and more residents raised their homes.

“Our residents have worked so hard to rebuild and create more sustainable homes and this project is absolutely essential to their quality of life,” said Ducey. “Working together with Toms River to develop plans for both neighborhoods is the smartest, most effective approach.”

The design of the project and the construction estimate was prepared by Toms River’s professionals with assistance from Brick Township. The cost of these services will be distributed proportionately between the two municipalities according to the total disturbed area in each community. Toms River will be responsible for seeking bids and awarding the contract for the project.

The shared services agreement went into effect on June 1, 2020. The agreement will expire upon final acceptance of the project by the NJDOT.