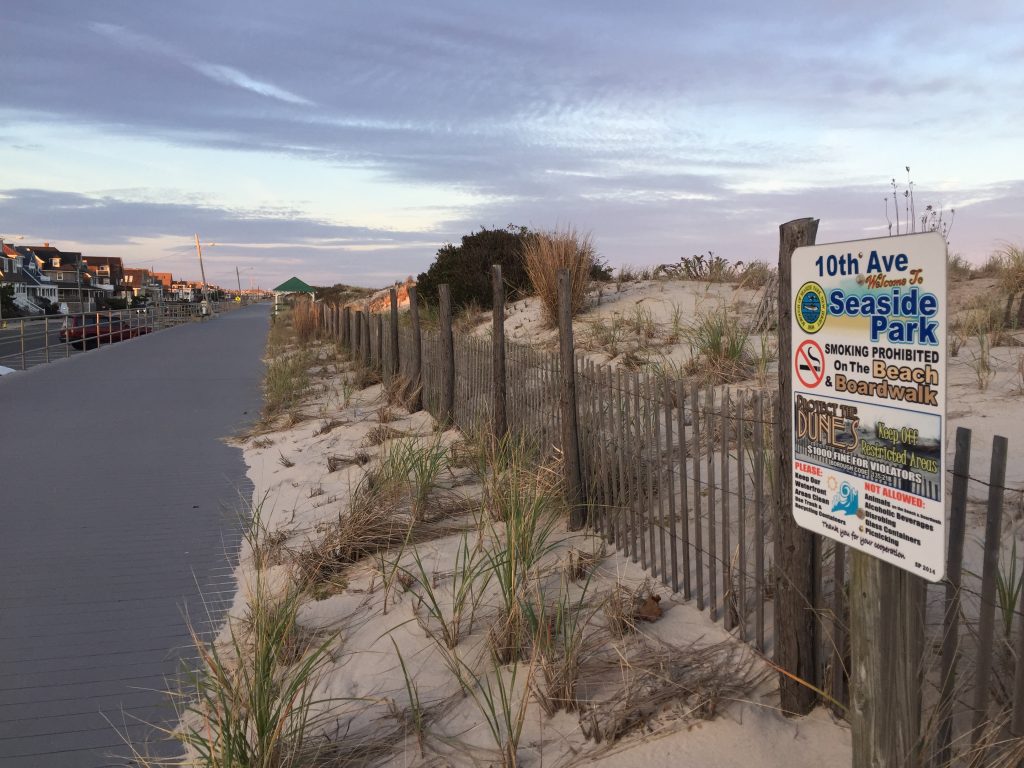 Seaside Park officials on Thursday said the borough’s boardwalk – both the decking as well as its support system – is due to be replaced, kicking off a multi-year process that will require a $6 million investment.

“We had looked at a lot of options, and the direction we’re heading is toward a boardwalk reconstruction,” said Councilman William Kraft, the chair of the council’s boardwalk improvement committee, adding the replacement may have a mix of funding sources. “We have to be mindful that the beach badge revenue can be used to take care of our infrastructure – not just the beaches but the related infrastructure.”

Kraft said the entire length of the borough’s boardwalk will be replaced, most likely with Trex decking rather than timber. The committee has also recommended that an electrical conduit be laid along 16 blocks, which would allow the town to add lighting and beach loudspeakers.

In all likelihood, the scope of the project will also include an additional $1 million to improve the borough’s public parking lots at the beach, which are in “dismal shape,” Kraft said.

The process of replacing the boardwalk will take multiple years since work will be completed on a seasonal schedule. The borough will be able to use a mix of traditional bonds, bond anticipation notes and beach revenue to fund the project. The town will be able to pay off the improvements over 10 years, since that is how long the state considers a boardwalk to have a useful life, despite the fact that modern boardwalk designs, especially with Trex decking, last in upwards of 20 years.

Councilman Ray Amabile said he would like special attention provided to boardwalk lighting, especially when it comes to the aesthetics of the lights. Currently, Amabile said the lights between 10th and 14th avenues are more pleasing than the traditional street lights used along the rest of the length of the boardwalk. The issue of lighting, however, could create issues. Jersey Central Power and Light asserted its ownership of light poles near the boardwalk in the past, which caused the borough to remove its public Wifi system along the beachfront. But recently, the utility said it will no longer place street lights along boardwalks. That left officials in a quandary – and questioning whether JCP&L has essentially abandoned the current poles. The township attorney will be looking into the matter further, including the question as to whether JCP&L will remove the existing poles so construction can commence. 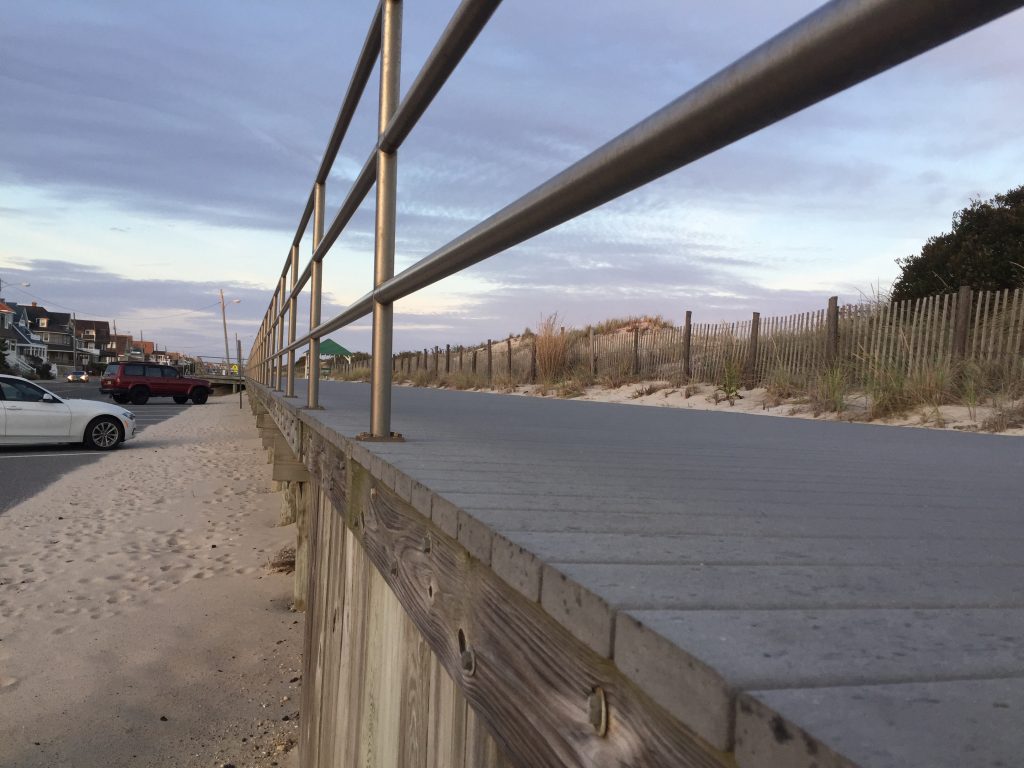 The entire project is expected to take two years or more to complete. According to Borough Administrator Michael Capabianco, the borough must apply for a CAFRA permit under state law – an environmental approval process that often takes over six months to complete – before readying bond ordinances for introduction and approval. The project must then be designed and put out for competitive bidding.

“As part of this, the governing body has to determine when they want construction to start and stop – Labor Day, Memorial Day, the middle of June – before we commence,” Capabianco said, estimating completion would be possible in the fall of 2022.

Council members briefly discussed the timeline, and the benefits of doing the bulk of the project all at once or splitting it into additional phases.

“I wouldn’t want to do more than three [years] because you’re spending a lot of money every time you bring in a construction outfit and then tear it down,” said Councilman Frank “Fritz” McHugh. 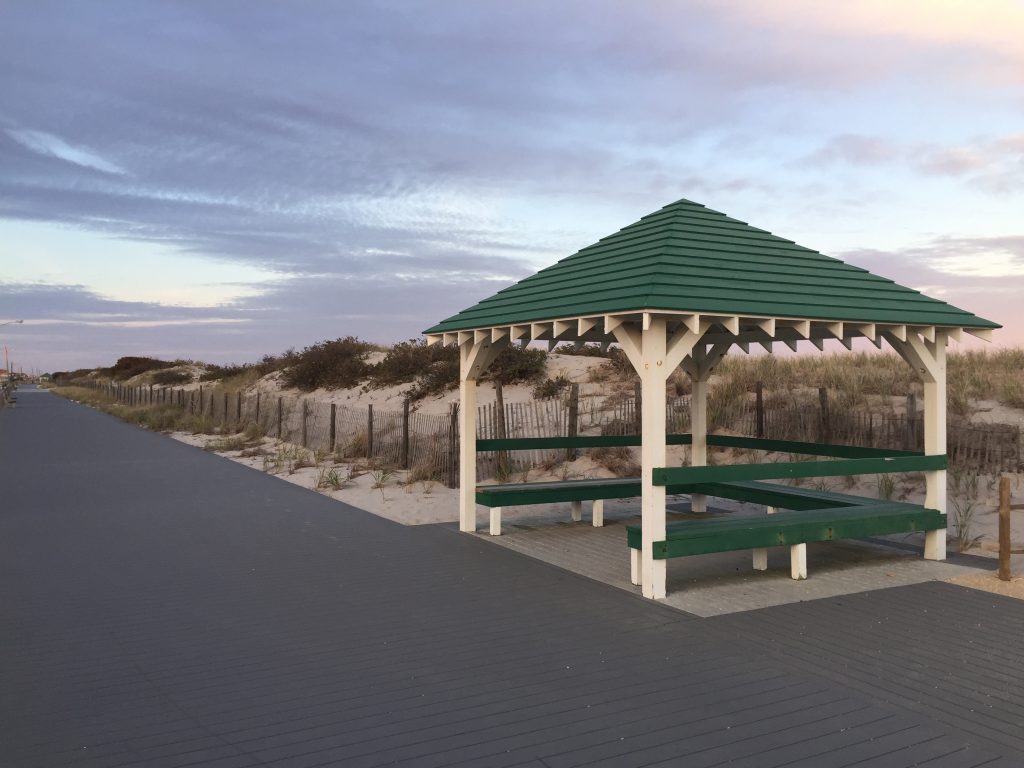 The governing body is expecting to put the plan into motion in the beginning of 2021. Given the lengthy process of obtaining permits, combined with the administrative effort required by officials, it wasn’t clear if any work could be completed by next summer.

“It’s not something that has to be decided this very moment, but it has to be on the front burner,” said Mayor John A. Peterson. “It’s urgent, but I don’t know if we’re looking at the spring.”