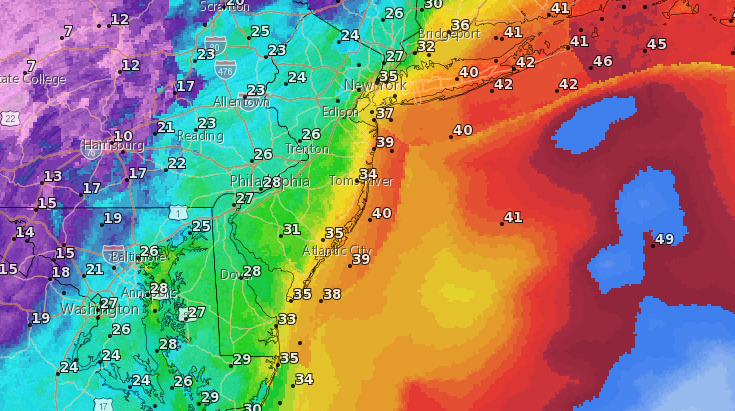 The National Weather Service issued a wind advisory for the Jersey Shore region on Monday, as a storm is expected to drop between 1-2 inches of rain on the area.

According to the advisory, Monday will see southeast winds sustained between 15 and 25 m.p.h. with gusts up to 45 m.p.h expected between the hours of 6 a.m. and 6 p.m.

“Gusty winds could blow around unsecured objects,” the advisory said. “Tree limbs could be blown down and a few power outages may result. The strongest winds are expected from mid morning through mid afternoon.”


Rain will move in during the early morning hours and continue until 1 p.m., then showers and possibly a thunderstorm will linger. Some of the storms could produce gusty winds and heavy rain. New rainfall amounts between 1 and 2 inches are possible.  The high will be near 63 degrees.

The gloomy weather will continue into Monday night, with a chance of showers before 1 a.m., then a slight chance of showers after 4 a.m. Tuesday morning. Only a tenth to a quarter-inch of precipitation is expected between Monday night and Tuesday morning. Breezy weather will continue Tuesday, and a few peaks of sun may emerge from an otherwise cloudy sky toward the end of the afternoon.