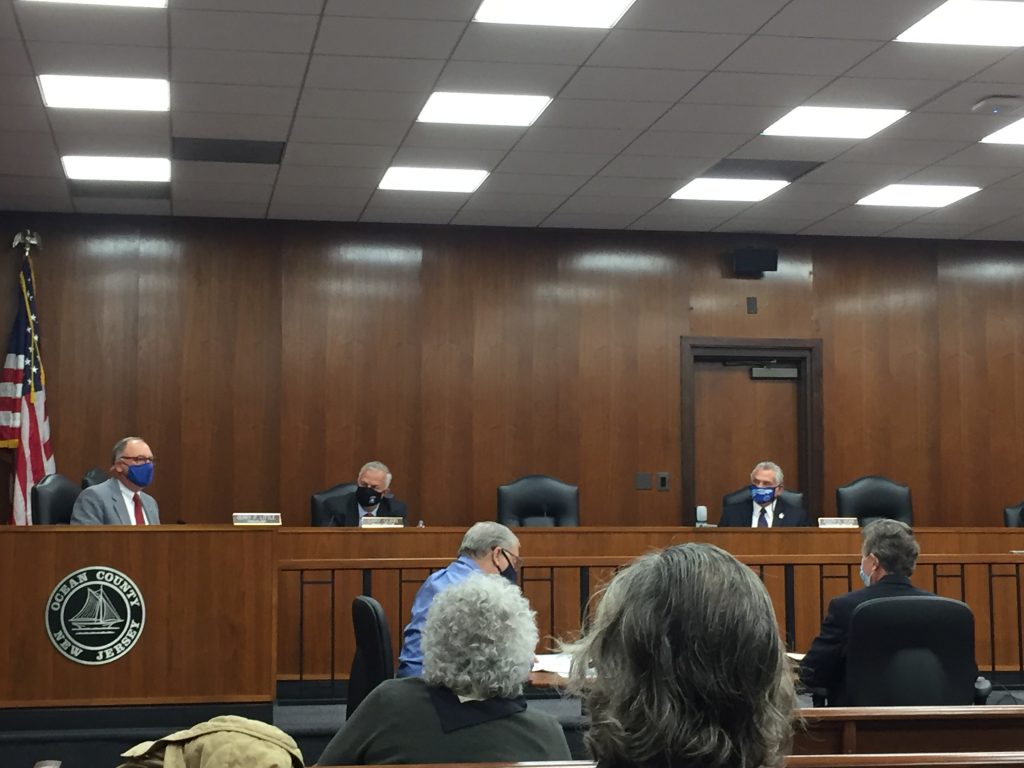 The Ocean County freeholder board on Wednesday narrowly rejected a revision to the Open Space Master Plan that would have allowed county taxpayers to fund purchases of land that is already owned by municipalities.

In a 3-2 vote following a heated discussion, the board turned down the revision, with opponents of the measure saying the change could have led to horse-trading between politicians at the expense of taxpayers. Those in favor of the changes said they would promote the goal of the county’s open space policy by preserving land which could otherwise be sold to developers.

“From the beginning of this program in 1997 when the people approved it, the key was to buy natural, privately-owned land,” said Freeholder Gerry P. Little, adding that the county has seen proposals to purchase properties ranging from baseball stadiums to golf courses over the years. “Privately owned, not government owned.”


The issue came to the forefront following a plan favored by Toms River officials to sell the county a plot of land adjacent to Cattus Island County Park in order to fund a purchase of the former Joey Harrison’s Surf Club property in Ortley Beach. The proposal was withdrawn due to the county’s policy that prohibits the purchase of land already under public ownership. The discussions that followed led to Wednesday’s revision measure, which was vehemently opposed by Freeholder Director Joseph Vicari and Little. Freeholders Gary Quinn and Virginia Haines spoke in favor of the revision. Ultimately, Freeholder Jack Kelly broke the stalemate, saying he did not want to amend the policy in a 3-2 vote without a consensus.

Haines said the revision would be in line with current county policies on the type of land that could be purchased using taxpayer dollars derived from the county-wide open space tax, which was approved by voters in the 1990s.

“Any property must still have the environmental characteristics consistent with the program,” Haines said. “The change, simply put, provides us the opportunity to preserve some of our history.”

Little, however, said the move carries the risk of politicizing the open space program. He said, for example, a future board could reward political allies in municipal governments by purchasing land and providing an infusion of cash to individual towns as a favor.

“It is a false argument to say that we should buy [land] because we haven’t preserved it, because the municipality can preserve it,” said Little. “The people here today, we may be able to resist, but ten years down the road who knows what happens. It becomes a political football when you ask one government agency to buy land from another. That’s my concern with this, and it’s a big concern.”

Kelly said, ideally, the measure should have been tabled until after the coronavirus pandemic is resolved and true public hearings can be held on the change. The county did hold webinars on the proposed change, though they received little fanfare.

“I would rather see us table this, hold more public hearings and get all the information we can,” said Kelly.

Vicari agreed, saying a modified plan that provides additional protections could be considered in the future.

“We need to make sure this isn’t something being done for a friend of a friend, under political pressure,” said Vicari. “I’m willing to stand alone, and when I leave here today I will have a clear conscience.”

The freeholder meeting was attended by Toms River Mayor Maurice “Mo” Hill and Councilwoman Laurie Huryk, who spoke in favor of the change and in support of the Surf Club proposal.

“We would further the county’s goal” to preserve open space, Huryk said. “Our requirements are slightly different than the county’s requirements, and the objective was to broaden the opportunities.”

Little said towns already have a mechanism to preserve open space with the county’s help. The existing policy allows municipal governments to borrow money from the county’s fund to preserve land. After more discussion, that policy could potentially be expanded to include grants, he said. Little, however, ruled out support for an all-out allowance to purchase land that is already under public ownership.

The board did not set forth a timeline for when the matter might be reconsidered.