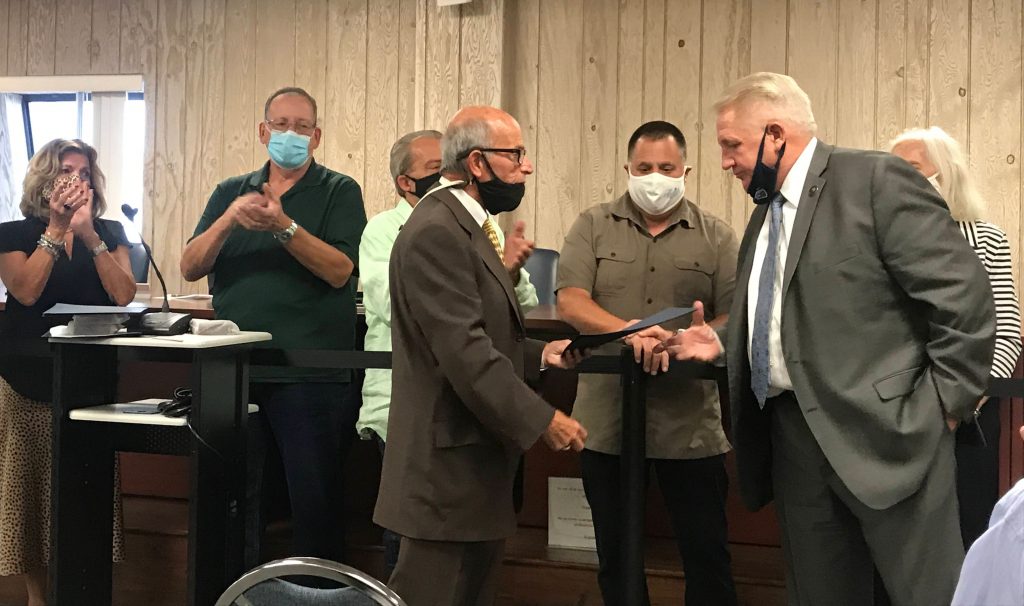 In a short ceremony complete with plenty of jokes and a few tears, borough officials and representatives from the law enforcement community across Ocean County paid homage to a man who has defined Jersey Shore law enforcement for decades.

Chief Tommy Boyd, who has lived in Seaside Heights his entire life and shepherded the borough through crises including Superstorm Sandy and the 2013 boardwalk fire, was honored for 36 years of service, the longest-ever tenure of a borough police officer. He received a plaque and proclamation from the mayor and council. 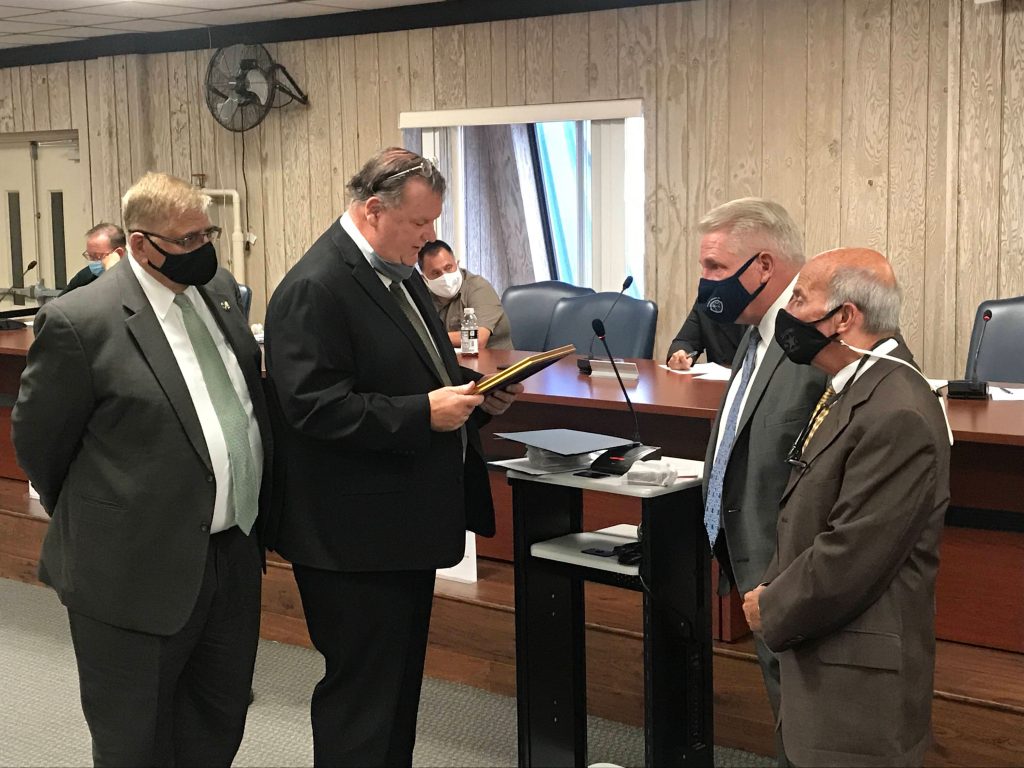 “We’re going through trying times in our nation,” said Mayor Anthony Vaz. “We hear things like defunding police – not in Ocean County. We are advocates of our law enforcement community and we are very proud of them.”

Vaz said he, too, knew Boyd since he was a child.

“I could be here for hours” telling stories, the mayor said. “Tommy started here in 1984, worked his way through the department, and now he is chief. We’re recognized across the United States by people who started here and rose through the ranks all over.”

There were old stories told of boardwalk memories, days spent with friends and a childhood snowball fight. But emotion took over when Boyd spoke of the Smith family.

“His father taught everyone how to be a cop,” Boyd said, while looking toward Smith Jr. He also credited his own family with helping him achieve his goals.

“Seaside’s a tough town and I got lucky,” said Boyd. “I had an unfair advantage – two great parents who taught me great values, and my wife, who deserves a medal.”

Boyd is known for his signature hands-on approach to law enforcement. He can be spotted out in public daily, driving up the boardwalk during the day and checking on nightspots after dark. He’s given national television interviews and received awards for his service in the wake of Sandy. But the day-to-day goings-on in Seaside Heights makes up for the tough luck that sometimes finds its way into the town’s borders.

“It’s a fun thing to be part of Seaside,” said Boyd. ” I’m in my 37th year, and this mayor and council is better than any I’ve ever had in 37 years. They care about this town, and they make sure I have the tools to take care of this town.”

Crime in Seaside Heights has dropped precipitously in recent years as the borough looks toward redevelopment and shedding its image as a hard-partying summer town in favor of a more upscale Shore resort. A task force was recently formed to tackle troublesome motels that have attracted police activity. Boyd’s leadership is credited with implementing much of the vision that has come from elected officials. 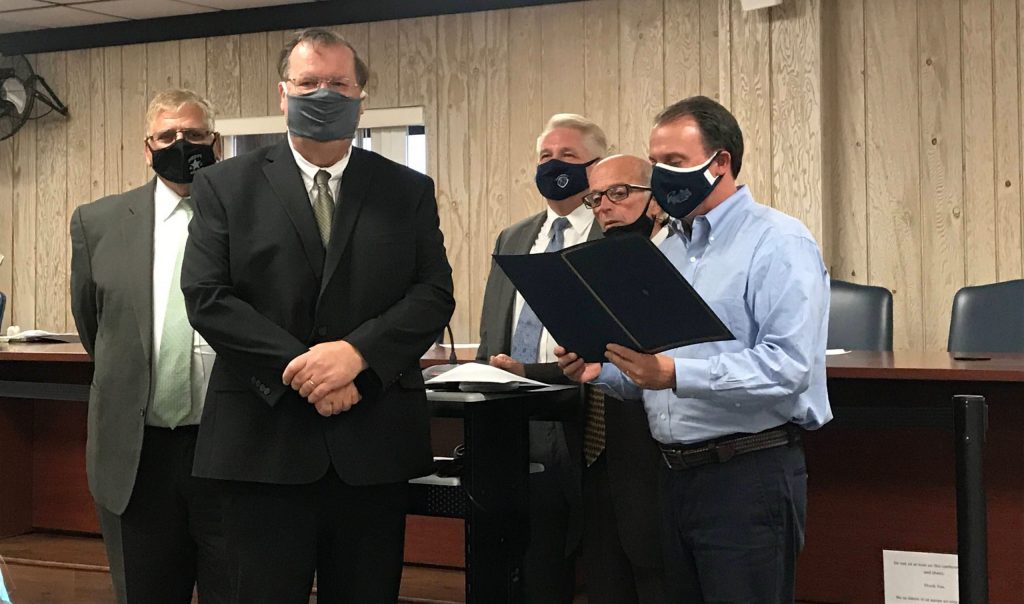 “Sunday was my first day off in eight months,” Boyd said. “And I’m not complaining, I’m blessed.”

“You have led this town through the devastation of Superstorm Sandy, to the boardwalk fire, to the shenanigans of the Jersey Shore house,” said Freeholder Jack Kelly, who came to the ceremony with a proclamation from the freeholder board. “Your dedication has not gone unrecognized.”