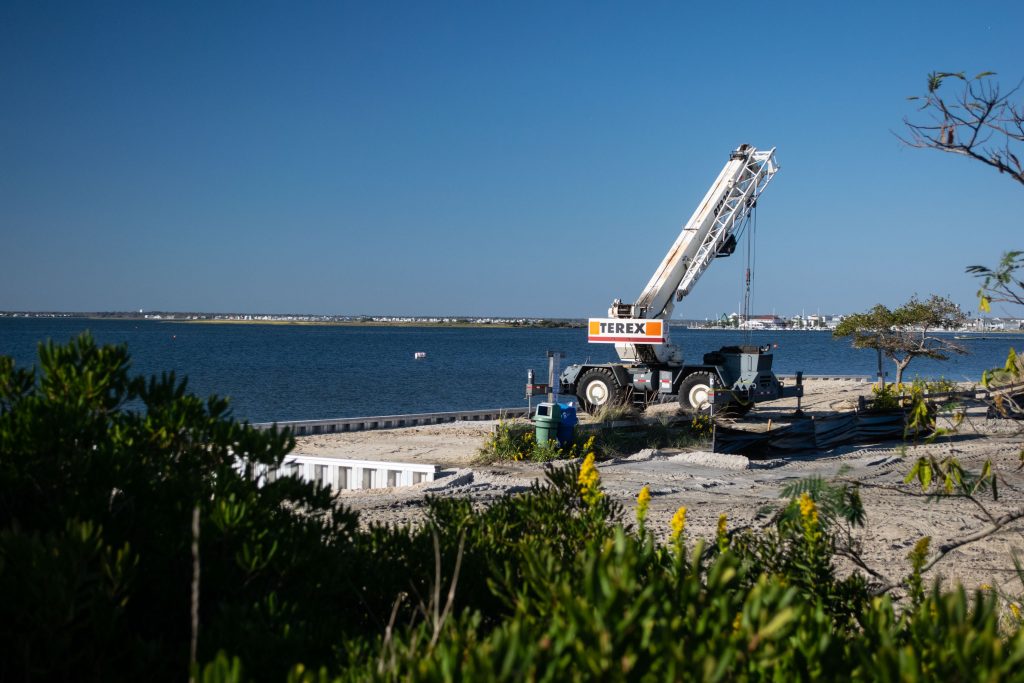 Lavallette officials partnered with the Ocean County Bridge Department to replace the bulkheading, which includes the use of a barge and a land-based excavator and crane. The bulkhead itself has already been replaced, and the excavating equipment is performing dredging near the two sides of the channel. This dredging will improve access to the boat ramp since boaters will be able to back farther into the water in order to deploy their boats while they are floating. 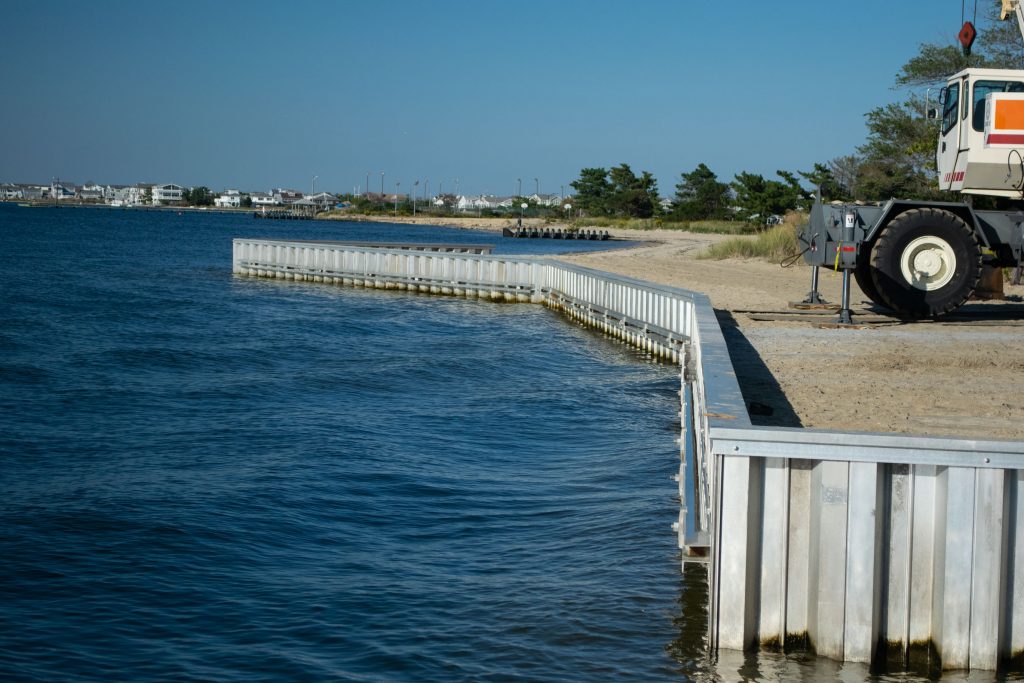 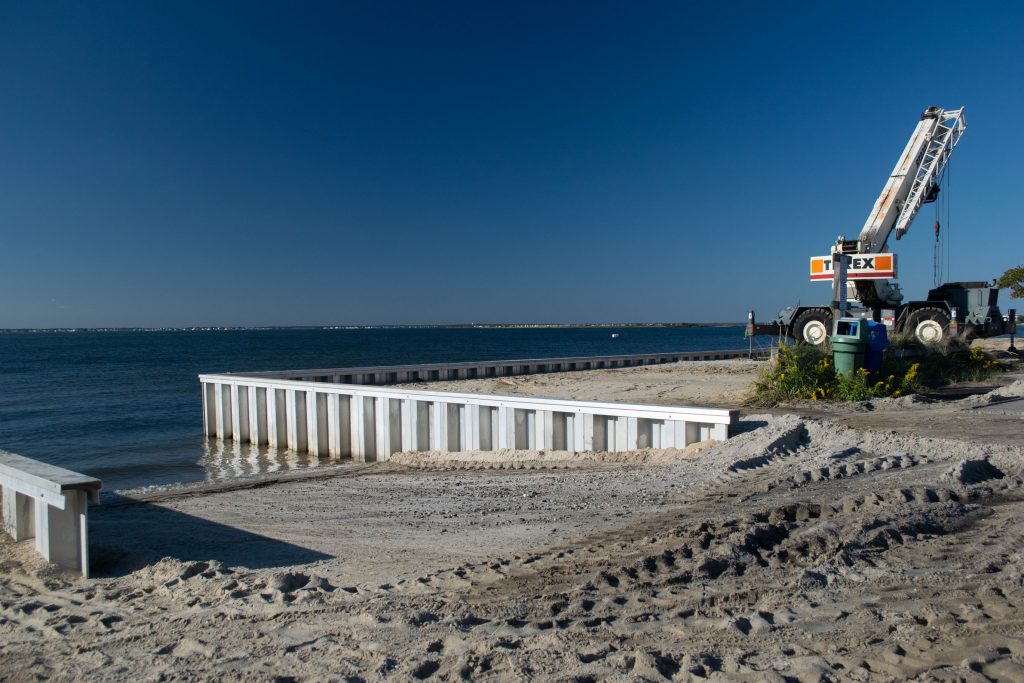 The remaining question concerns the main channel under the bridge, which has experienced shoaling in recent years and, at low tide, has caused damage to some boats that have struck objects.

“This does leave the main channel, which neither piece of [county] equipment can do, but we still have the contractor working for the state that can hopefully do this,” said Mayor Walter LaCicero.

The state is dredging the Lavallette Channel, which runs from Ortley Beach to Normandy Beach, and will also be filling two dredge holes in the bay left over from the 1960s. The holes, from which sand was removed for a beach replenishment project after the 1962 Ash Wednesday Storm, will be filled in so marine life can survive with additional sunlight. Lavallette officials are hoping the state will dredge the channel under the bridge and use that sand to fill in the holes.

Negotiations are ongoing, but officials are confident the state sees the value in the project.

“We don’t have to come up with any additional funding and it looks like we’ll be able to get this entire project done,” said LaCicero.

There is also the chance that, in the short term, the county’s dredging near the two sides of the bridge may bring some relief.

“The sides may collect sediment from the middle,” said Councilman Robert Lamb. 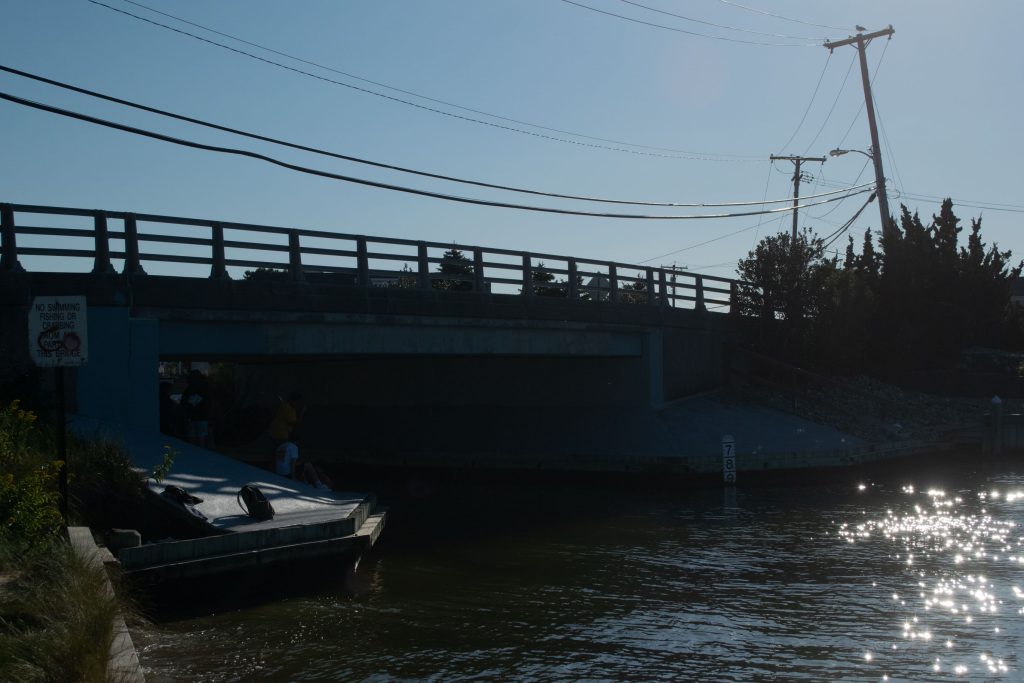 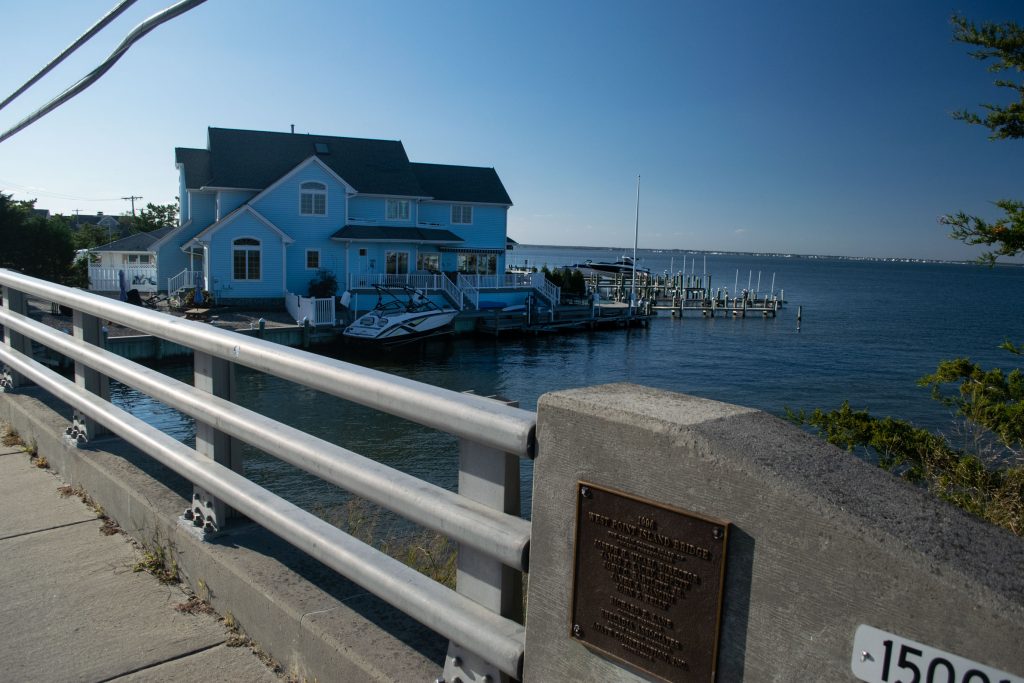 The borough is also designing larger improvements for the boat ramp area, which will undoubtedly see more use after the dredging is completed.