U.S. Coast Guard members conducted a different kind of search-and-rescue mission Thursday, deploying its assets to assist a sea turtle that was reported to be entangled in a fishing trap line.

The rescue played out about 11 miles off the coast of Cape May, the USCG’s Delaware Bay sector (which also has jurisdiction over Ocean County waters) said in a statement. The Coast Guard command center received a call from the Marine Mammal Stranding Center, which reported the turtle was entangled in the line. Watchstanders directed the crew of the Coast Guard Cutter Shearwater, an 87-foot patrol boat, to the scene and located the turtle. 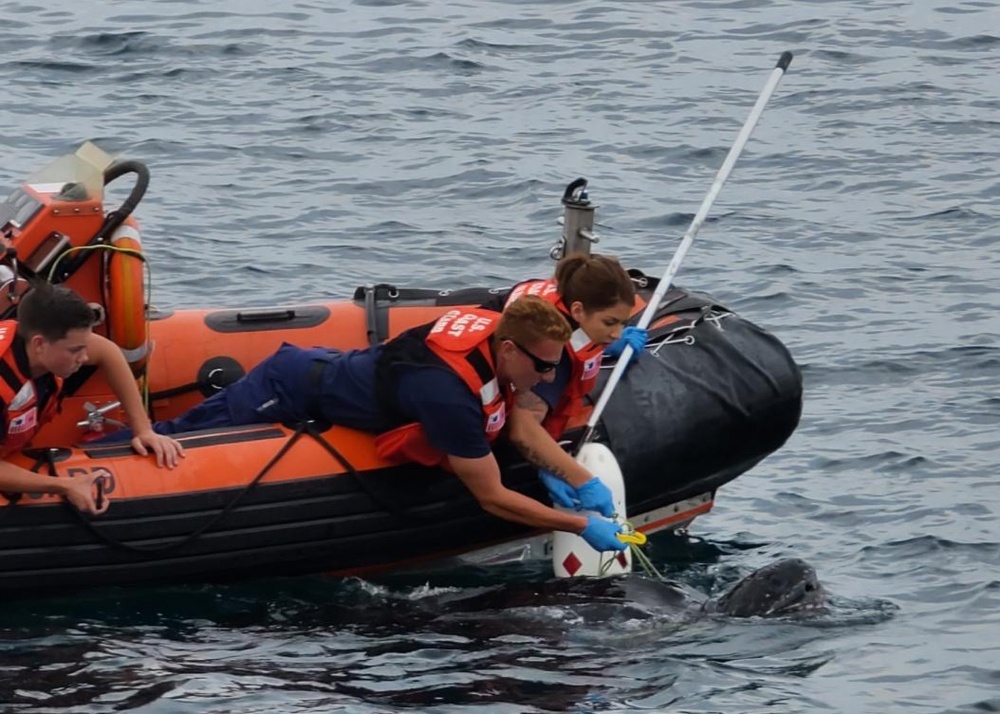 While coordinating rescue efforts with the MMSC, the Coast Guard crew moved into action when they spotted sharks encircling the turtle, officials said. The crew of the Shearwater launched a team aboard the ship’s small boat, who began to circle the ailing turtle until the sharks dispersed.

Crewmembers then cautiously approached the turtle and used tools to cut it free. 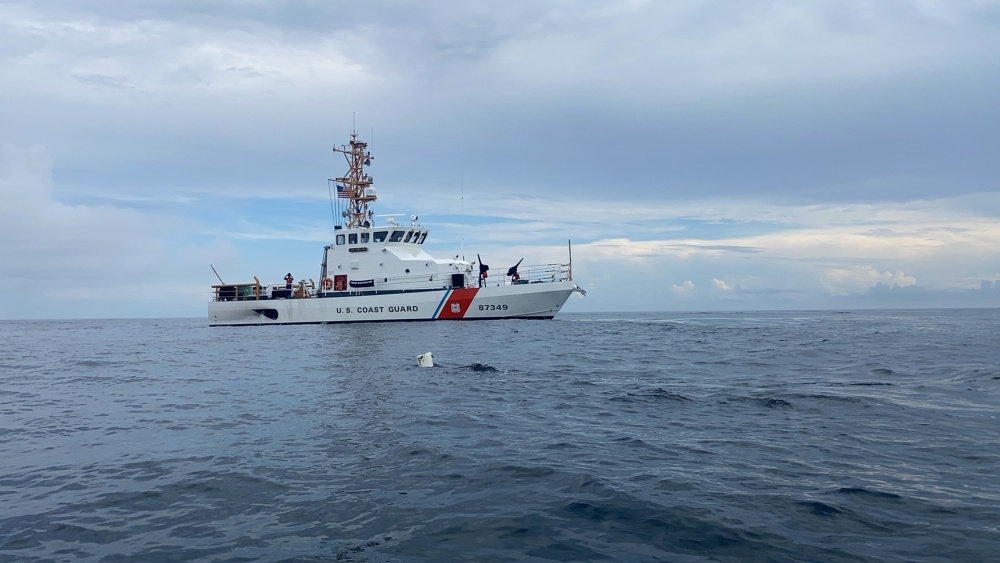 Coast Guard Cutter Shearwater arrives on scene where a sea turtle is entangled in a fishing trap line 11 miles southeast of Cape May, New Jersey, August 13, 2020. The crew sprang into action to rescue the turtle when they spotted sharks beginning to swarm. (U.S. Coast Guard photo by Fireman Jason Breckner)

“This was the proudest day I’ve had on this cutter,” said Master Chief Petty Officer Anthony Martinez, Officer in Charge of the Shearwater. “Everybody on the crew rallied around and worked together, and we were able to save that turtle.”