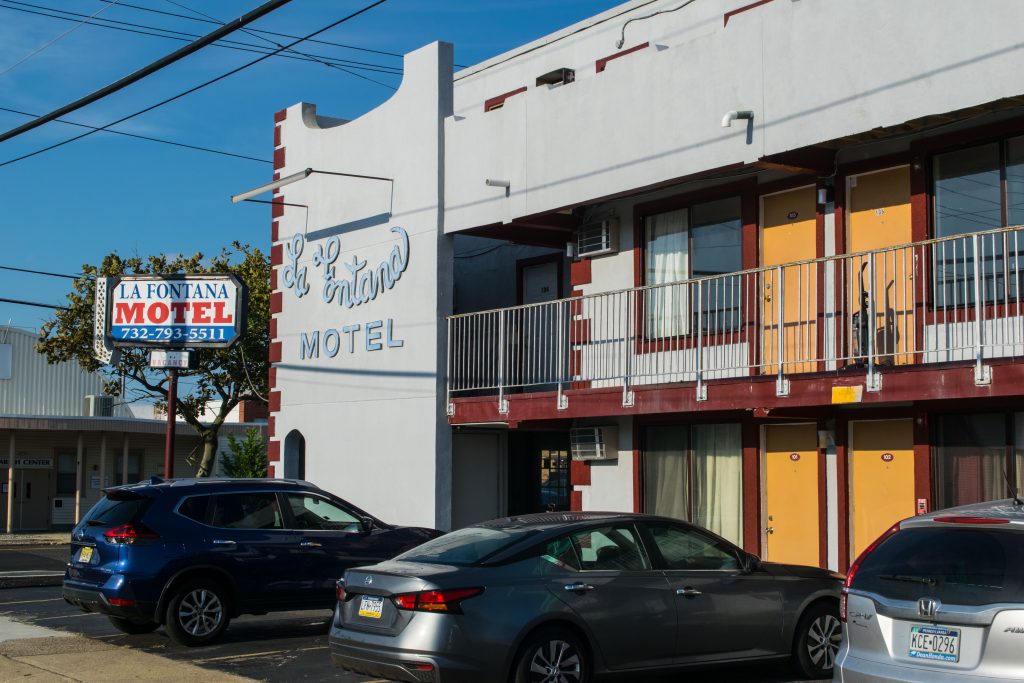 The Seaside Heights municipal government has begin taking numerous steps behind the scenes to organize a quality-of-life task force that will bring numerous departments and agencies together to tackle frequent trouble spots in town, such as certain motels and rental properties.

The task force will be based on the model used by Toms River. Mitch Little, the Toms River police chief, has held meetings with law enforcement, code, zoning and administrative officials in Seaside Heights to help the neighboring resort town get their task force off the ground. In Toms River, the task force is largely responsible for heavily enforcing state statutes and local ordinances to combat crime in frequent areas, such as the former Red Carpet Inn motel on Water Street, which drew more than 755 police calls for service in a two-year period and was plagued with drugs and prostitution.

News that Seaside Heights was readying its own task force, which is slated to be organized after the busy summer season, emerged after a resident complained about noise and potential criminal activity that the La Fontana Motel on Central Avenue.


Mayor Anthony Vaz said he was aware of trouble at the motel and that the business has paid fines for past violations. But given restrictions on evictions under state and federal laws related to the coronavirus pandemic, ousting troublemakers who may be placed in motels by social services agencies is impossible.

The task force, Borough Administrator Christopher Vaz said, will take a more holistic approach than simply taking a police report. In instances where quality-of-life complaints are lodged, police will respond alongside building officials, code enforcement and potentially public health workers. If multiple laws are alleged to have been violated, all will be enforced at once. As part of the task force establishment, Seaside Heights has already reached an agreement with Toms River to provide fire code inspection services.

The borough is also looking to hire additional code enforcement personnel, though it must be approved by the state Department of Community Affairs since Seaside Heights receives state aid toward its operating budget.

“We’ve asked our transitional aid monitor to let us hire more code enforcement officers because that job is very important to us,” said Vaz. “We need more bodies.”

The task force will also be supported by strengthened ordinances, Vaz said, which are under development now. In Seaside Heights, he explained, there is a “three strikes and you’re out” policy largely linked to so-called “Animal House” laws, but enforcement against the owners of such properties can only emanate from a thin number of offenses. A new system, he said, could include a higher number of “strikes,” but a much wider array of offenses, including a major issue – the cost of borough employees continuously coming to the same properties, time and time again, to investigate similar complaints.

As an example of how the task force might handle a motel whose guests or residents frequently engage in criminal behavior or are responsible for noise complaints or other ordinances, in 2017 Toms River’s task force moved against the Red Carpet Inn. The Toms River Police Department filed a public nuisance charge under a criminal statute that prohibits maintaining a nuisance, “either by knowingly conducting or maintaining any premises where unlawful activity takes place, or by creating a condition which endangers the public health or safety,” officials said at the time. Investigators also made 11 arrests in a sweeping anti-drug operation at the facility. Ultimately, the Red Carpet Inn’s owners sold the motel to the township, which demolished it.

The task force will not limit its activities to motels, however. Officials said the task force can investigate trouble spots from other types of businesses as well as rental homes. Similar, in Toms River, the task force ended an 85-person party at a home after its backyard pool was illegally rented and children were brought by bus to swim.

Vaz said borough police will be responsible for writing more detailed reports and creating a larger paper trail for incidents, but are happy they will be able to make a difference in the lives of neighbors, some of whom are scared to report incidents or nervous about confronting issues when they occur.

“They’re frustrated and they want to get this task force moving to address these businesses,” Vaz said of borough police officers.

Anthony Vaz, the mayor, said Police Chief Tommy Boyd announced at a community meeting last week that the task force members had been selected. The borough is expected to formally introduce the task force, its mechanisms for enforcement and the ordinance changes after Labor Day.