‘Sea Lice’ in Ocean County Waters: How Many Are There, and How Long Until They Leave? 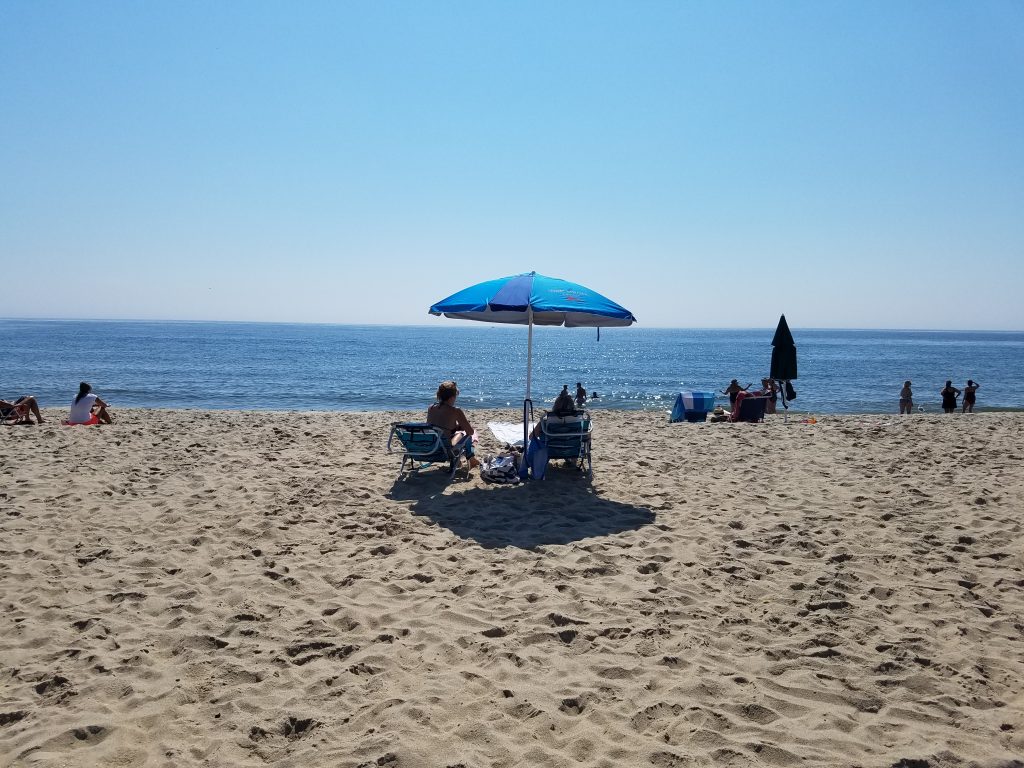 Sporadic reports of “sea lice,” which are actually the larvae of the thimble jellyfish, have caused concern among some people visiting the Jersey Shore over the last week, and leading other to flock to social media to ask if they should cancel their vacations.

The short story: the number of the practically-invisible, stinging creatures are small in Ocean County, and they will not be around for long. Most of the reports of the species have come from Cape May County, and they are found much more sporadically in local waters. But there is reason to be cautious of another jellyfish, too.

Dr. Paul Bologna, director of the Marine Biology and Coastal Sciences Program at Montclair State University, said there are several species that are often given the name “sea lice,” including the sea louse, a small crustacean in the Pacific Ocean. Sometimes, it refers to a larval sea anemone. But in New Jersey, the reports are referring to the larvae of the thimble jellyfish (Linuche unguiculata), which is most commonly found in the Caribbean and Gulf of Mexico. During the summer months, the larvae get carried by the currents of the Gulf Stream offshore, but events such as large storms with strong winds can push them closer to the coast. It makes sense that reports began coming in just after Tropical Storm Isaias struck New Jersey.


“They’re being produced in the tropics and being pushed up by the Gulf Stream,” Bologna told Shorebeat, adding that the chance of encountering them are “hit or miss” depending on the wind, tide and the simple chance as to whether they happen to be floating where someone is swimming. Despite the fact that they are here, the local sea lice contingent does not pose the risk they do when they show up at beaches in tropical regions.

“I don’t think we have a lot to be concerned about because I don’t think we’re going to have any extreme sting events,” Bologna said. “In the Gulf of Mexico off of Florida when they’re in super high densities, they can be very bad when there are millions and millions in the water column. But here, mostly it’s a minor irritation, maybe a little painful, but in general you can treat it like an insect bite.”

A time-honored solution for getting rid of jellyfish stings – dousing one’s self with vinegar – probably won’t work because sea lice are so small, Bologna said.

“If you have tentacles and stinging cells that have not fired off yet, vinegar immobilizes them so you can remove what still might be on your skin,” said Bologna. “In this case, they’re so small that when they bump into you and release, or get trapped in your bathing suit, they’re just rubbing against your skin and everything is being fired off at once. By the time you get out of the water, there isn’t much residual left.”

Changing your bathing suit, washing the area that stings and applying Hydrocortisone cream should relieve most discomfort.

The fact that sea lice are even in the water column to begin with does bring up a secondary – but more serious – concern, however.

“The Portuguese man o’war could be next,” said Bologna. “They’re far out, and they just need a reason to get blown inward. Every time we get a storm that’s kind of like this, we get those guys washing up as well.”

The Portuguese man o’ war is a purple-colored jellyfish that can give off a nasty sting which sometimes requires medical attention. There haven’t been sightings reported, but beachgoers should still be on the lookout. Plus, reports of either sea lice or man o’ wars should be reported to lifeguards.

“Lifeguards talk to each other and this information gets passed up and down the coastline,” said Bologna. “It’s always good to report it to the people who are watching over the swimmers and bathers.”

Now, to the major question: how long will these unwelcome Jersey Shore guests be around?

“They’re probably going to be around for at least a couple of weeks,” Bologna said. “Usually, they’re in the water column for a week or two weeks in a larval duration, then they’ll exit.”