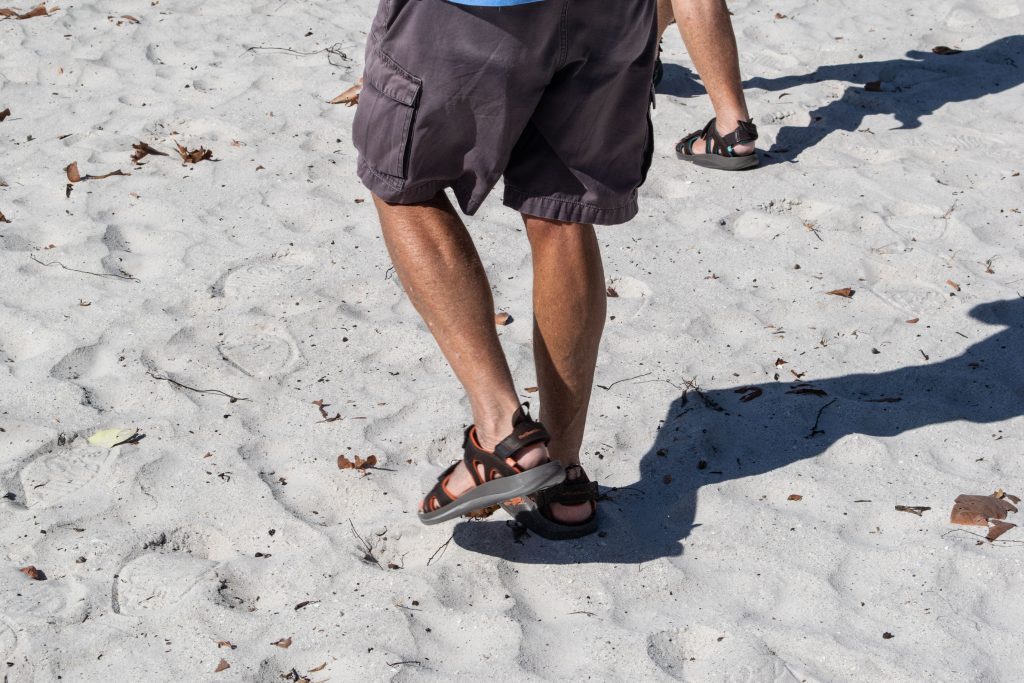 Jim Silvester knows the beach in Seaside Park like anyone who’s been navigating the sand for seven decades.

“Before I was born, my grandparents bought a house in Seaside Park, and it’s been in our family ever since,” the Princeton native said. “All my vacations growing up – we were not rich people – was going to my grandparents’ house at the Shore.”

It was like paradise, he said, and as occurs in many families, eventually Silvester had his own home in Seaside Park. Now retired, Silvester, 70, still comes to town after a long career in telecommunications and government in Atlanta. But it is his unique idea for special type of sandal that makes him an extra special Shore resident who is helping to make the treasured beach accessible to all.


The novel invention came from a long-lasting problem.

“One day after I was retired, I got my fishing gear together and walked up the street, over the dunes, and I looked out and saw nobody fishing even though it was a beautiful day. I couldn’t see whether or not there were any birds working,” he said. “But with my cart and my chair, I turned around and went back to my house because I didn’t know if I could make it to the water’s edge.”

The lack of fishing brought up some sad memories.

“While I was walking home, I was reminding myself of my father and how he was when he was aging, having trouble at the beach,” Silvester said. “I thought, ‘I have to find something.’ I looked on the internet, in stores, and there was nothing, so I decided I’d put some vinyl wallboard plates on the bottom of my sandals and took them to the beach to try it.” 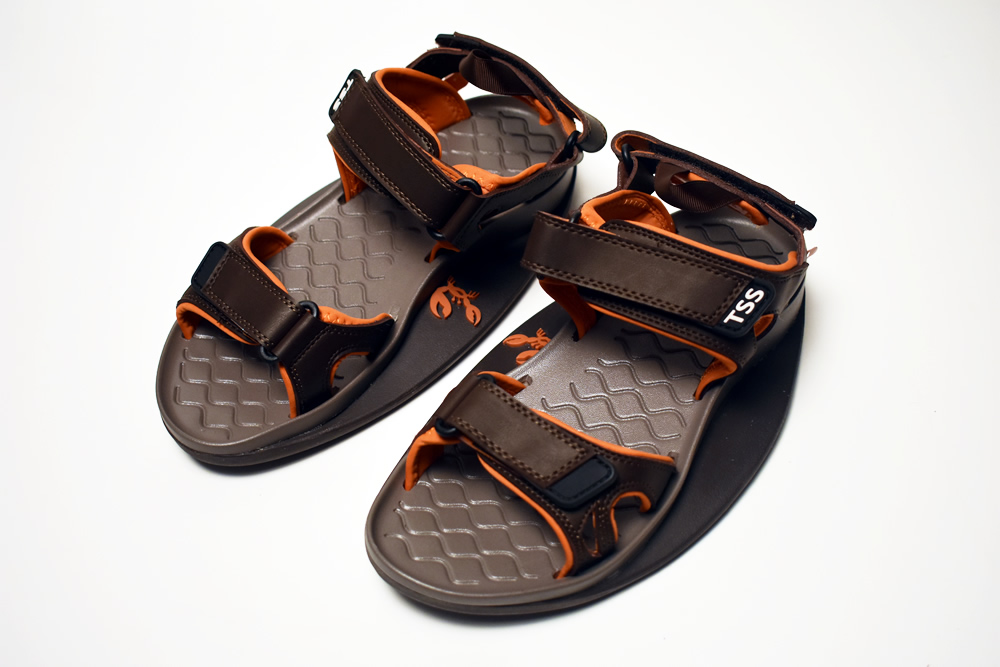 The Shore Shoe, and its imprints, on the beach. (Photo: TSS)

Silvester’s prototype footwear – a three-strap sandal with a specially widened sole for added stability – was a hit with his friends. Now called “The Shore Shoe,” the sandal works in sand similarly to how a snowshoe works in snow. It distributes weight over a wider area so one’s foot doesn’t sink in the sand – especially the type of extra-soft sand found on Ocean County’s northern barrier island.

“People told me, ‘you really have to bring that to market,'” said Silvester, so he set out to do just that.

Silvester spent much of his career designing and creating things, none of which were sandals. He worked for BellSouth and later AT&T alongside government agencies, carving out new spaces and alternatives for the placing of telecommunications equipment during major projects.

“We would design and get AT&T’s facilities, whether underground or on poles, out of the way so roads could paved, sidewalks could be laid or bridges could be built,” he said, adding that he even had a hand in the city’s street car project. He decided it would cost about $40,000 to patent his idea and bring it to market. 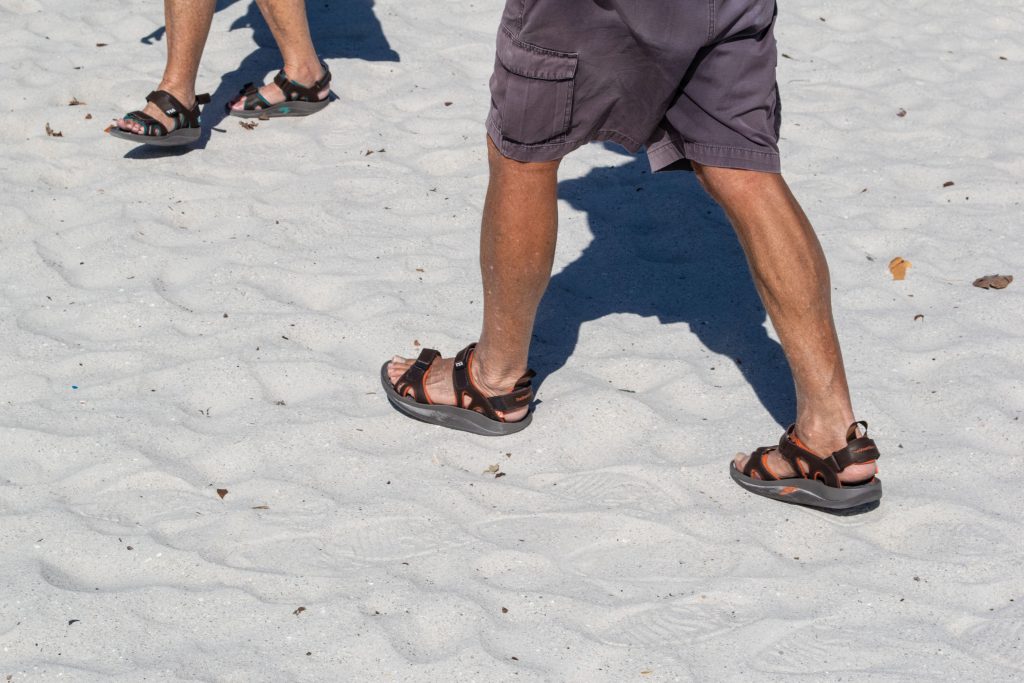 Just recently, Silvester obtained his design patent – drawn by a professional engineer – and has a utility patent pending. He registered an LLC and filled out all the paperwork for trademark protection. But the legal filings, he found, were just the beginning of a challenging process to bring footwear from his prototype to the marketplace. He wanted desperately to make the shoes in the United States, but it proved to be an impossible task.

Silvester quickly found out that in 2018, when he was finally ready to manufacture sandals in bulk, 97 percent of all shoes sold in the United States were made outside of the country.

“I could not find anybody that could do anything, in volume, of three-strap sandals in America because all of the products that are necessary to do that have to come from China anyway – the rubber, the velcro, the fabric, everything,” he said. “I looked into buying it in pieces, and even buying the machines to make it myself, but there was no way to get it all together.”

Silvester’s tenacity did not let manufacturing trouble stand in the way, however. He met a local man who travels back and forth to Asia to oversee fabrication of items in several markets, and found a factory that could make The Shore Shoe. The process itself was lengthy since the shoes had to be loaded onto a container ship that sailed through the Panama Canal before off-loading in Savannah. 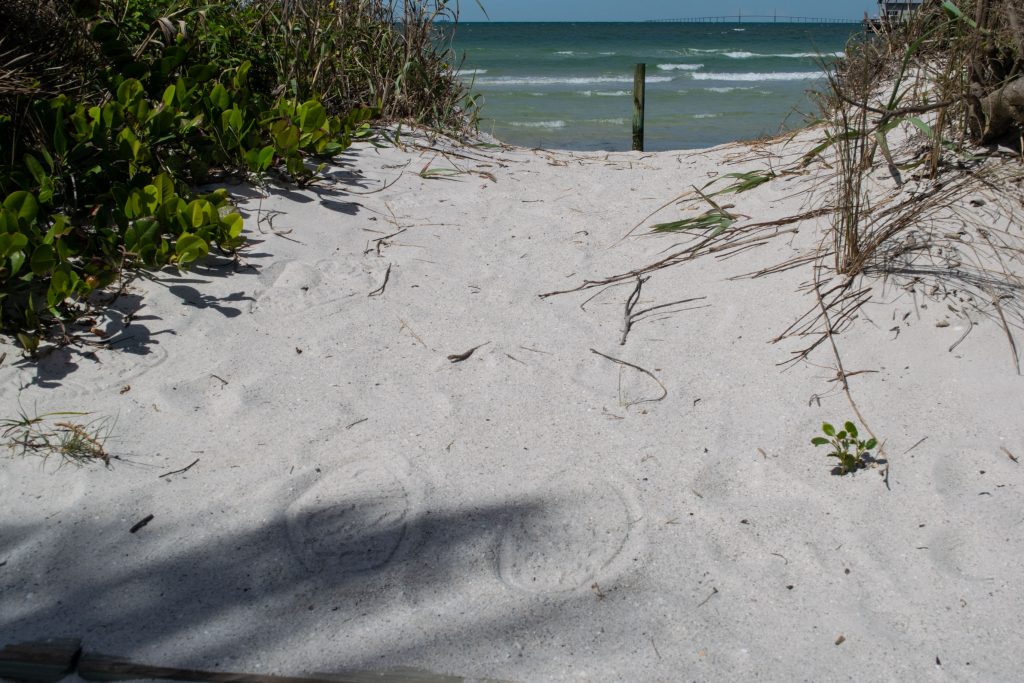 Silvester’s work has paid off. The shoes are gaining a large following online, where they are sold at the official Shore Shoe website, and Silvester is looking to widen the market for his special niche of footwear. He’s looking to license the design for orthopedic use, and also has his eyes on an unlikely – but almost obvious – market: the defense industry.

“There is potential here for our military service members who need to move quickly through the sand and work in the sand,” Silvester said.

For now, The Shore Shoe is mainly used for its originally-intended purpose of helping the elderly, disabled – or anyone who is carrying a lot of gear – walk on the beach. It’s even become a social media hit, as an imprint of the brand’s mascot, “Sandy the Crab,” is left with each footstep. Pictures of the crab have been sent in from beaches across the world. 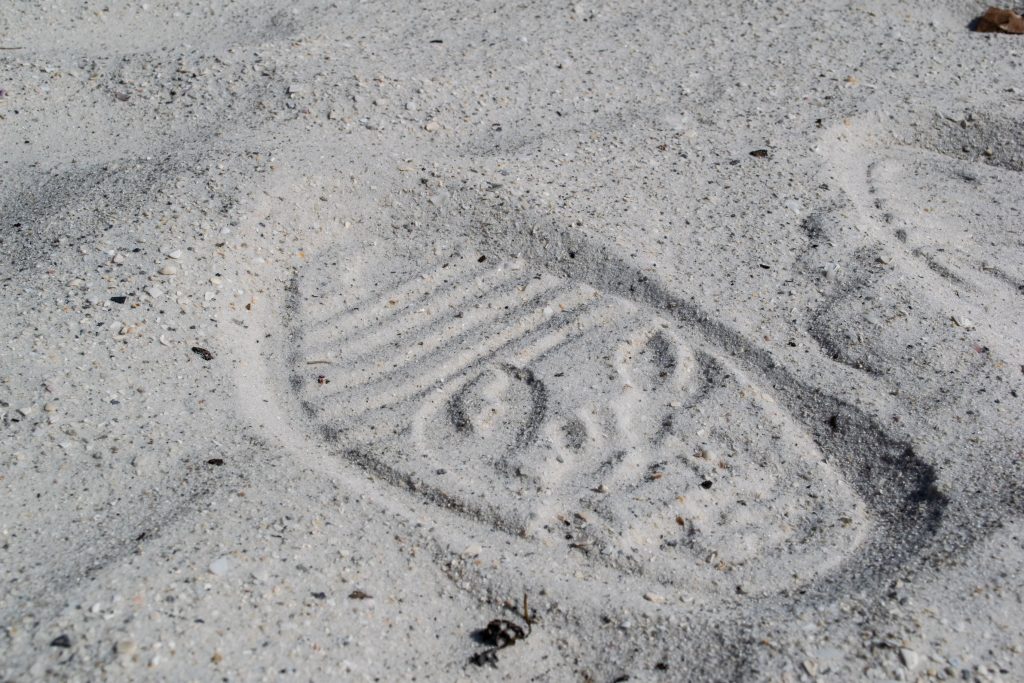 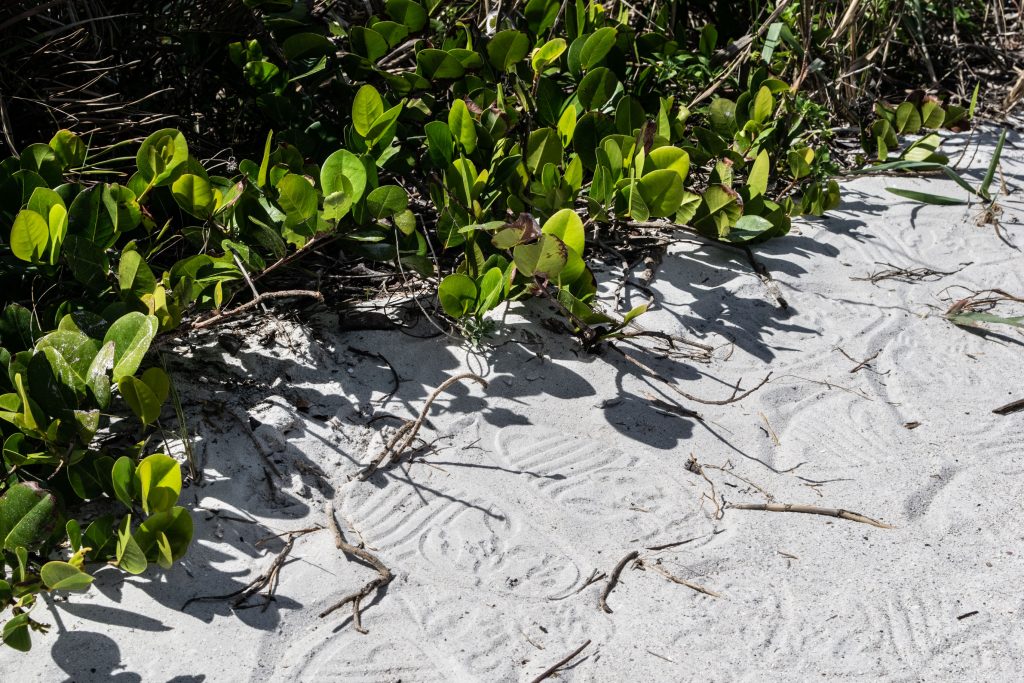 Silvester now uses his own shoes and is able to get more fishing time, even on those iffy autumn days.

“All my life, young and adult, I’ve always gone to the Jersey Shore,” he said. “I’m glad I still can.”