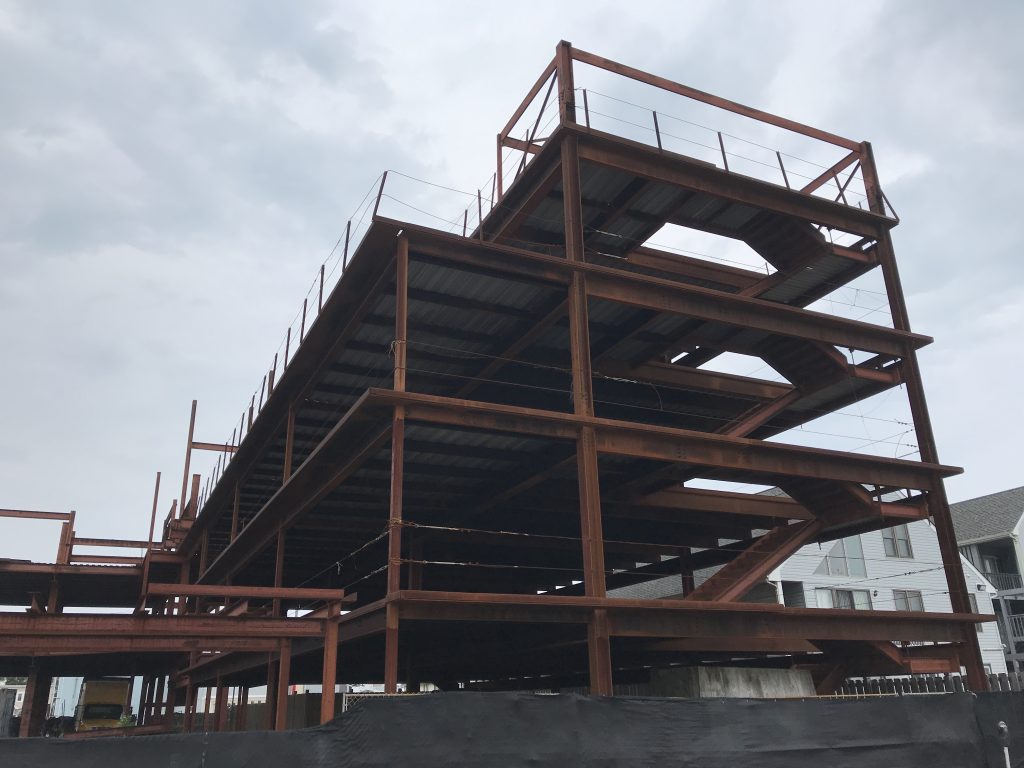 Seaside Heights council members on Wednesday voted in favor of commencing condemnation proceedings against the owner of the “steel structure” that has gone largely untouched for more than a decade.

Officials have called the rusting hulk of steel beams an “eyesore,” and last year formally declared the property an area in need of redevelopment, which gives municipal governments the option of condemning a site if no redevelopment work is completed. The property is owned by Vincent Craparotta, who has proposed various plans for the site, but never participated in the redevelopment process. At previous council meetings, Craparotta said he had investors interested in the property, but they would not commit until approvals were in hand. The redevelopment process required those who wanted to build on the site to have sufficient funding in hand before submitting a proposal. 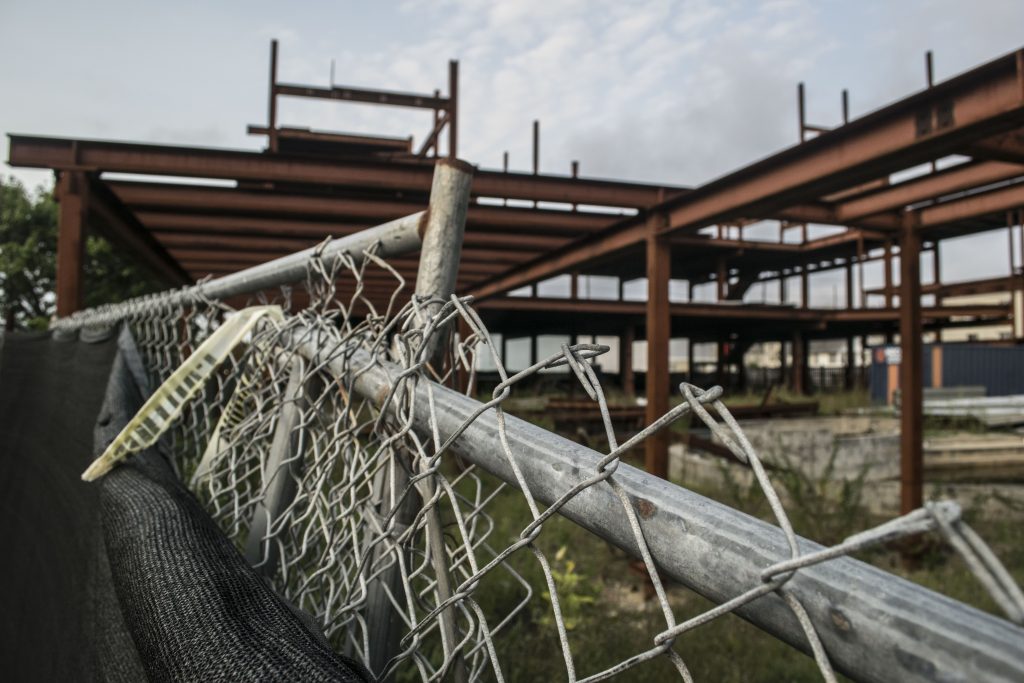 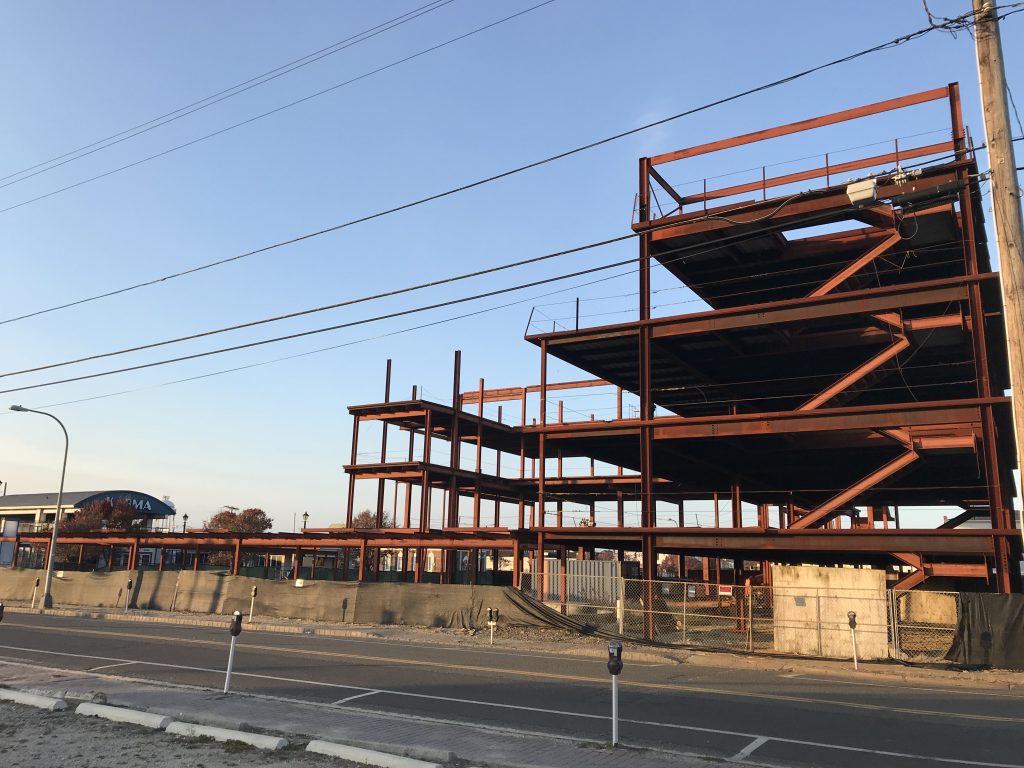 The resolution passed by the council on Wednesday allows the borough to begin engaging in negotiations with Craparotta prior to beginning eminent domain proceedings.

“The borough has given a lot of time,” said Borough Attorney Jean Cipriani, including extending an invitation to Craparotta to participate in the redevelopment process.

“Since the time has gone by and we have not seen that, the borough is authorizing the condemnation process which starts off, by law, with entering into good faith negotiation with the current owner of the property,” Cipriani said.

Craparotta, during the mid-2000s, envisioned the site as a nightclub complex similar to The Pool at Harrah’s in Atlantic City, with pools and hot tubs, multiple floors and eating establishments inside. After the steel superstructure was installed, however, legal entanglements with partners and other funding problems prevented the project from moving forward.

Craparotta since proposed both a scaled-down version of the original plan for the site before withdrawing the idea, as well as a mixed-use residential complex, but neither have come to fruition. 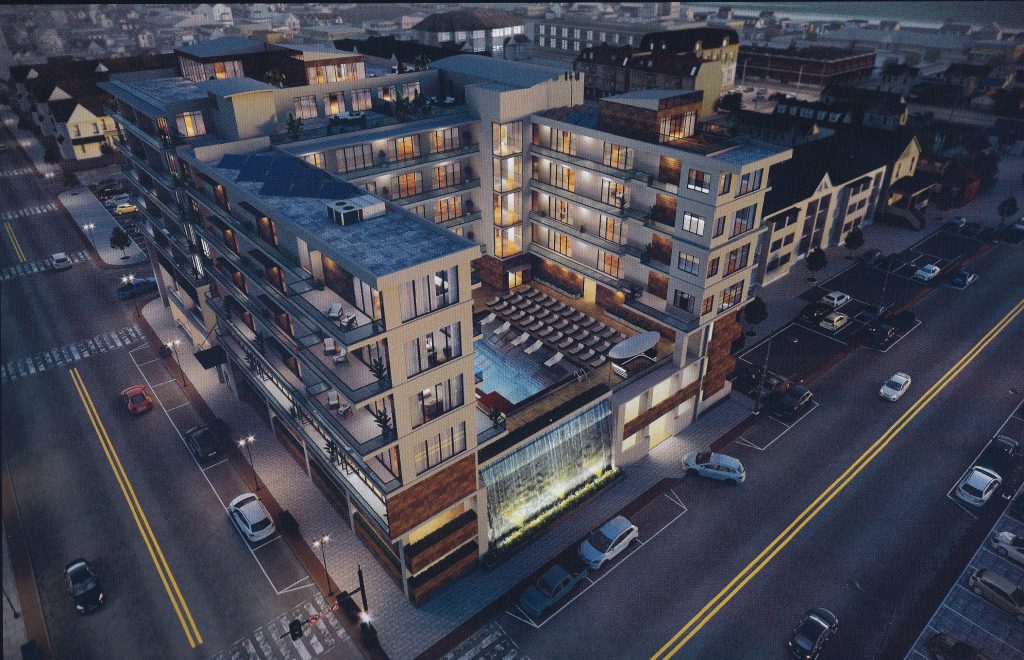 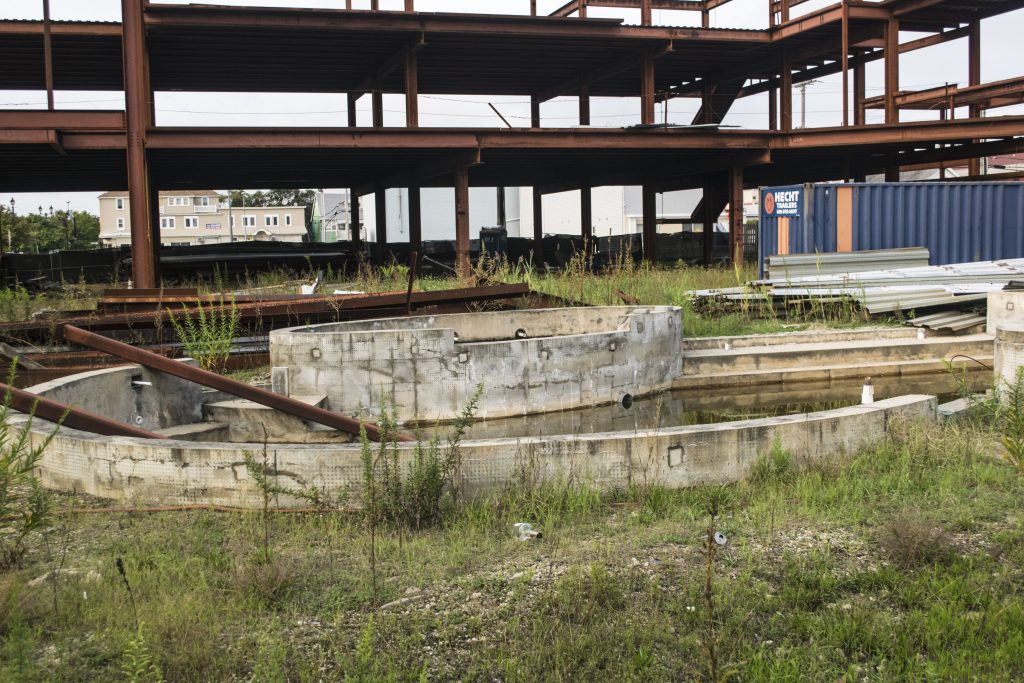 The site was allowed to languish without any work being performed because it was planned prior to the 2008 financial crisis, after which state regulators extended the amount of time projects under construction would be permitted passed the normal deadline. Similar legislation was passed in the wake of Superstorm Sandy in 2012.

After the extension laws expired, the borough began the lengthy process of declaring the area in need of redevelopment. Craparotta removed several beams from the site in 2018, but no work has gone on since and the site has remained largely abandoned.