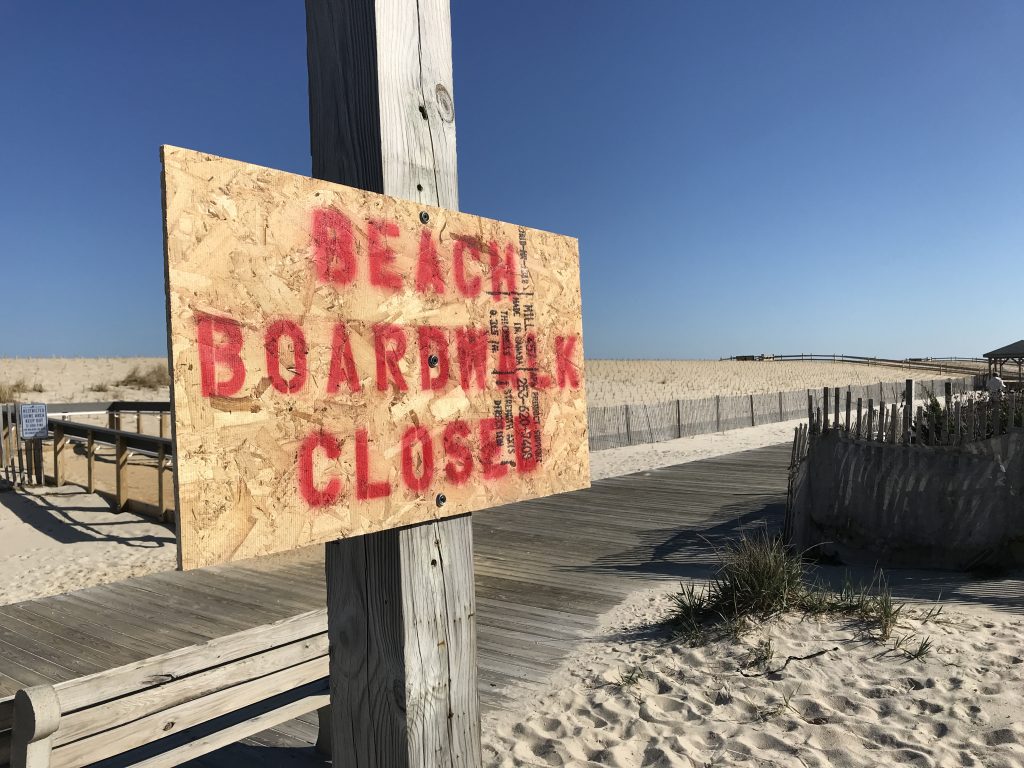 Lavallette’s boardwalk, beaches and recreational facilities are closed as the borough does its part to fight the spread of the coronavirus pandemic. But officials are concerned about enforcement during the upcoming summer season and the question of whether beaches – and not the boardwalk – could be opened to activities such as fishing where social distancing could be maintained.

“The fishermen are unhappy – they like to go and fish – and I think it’s far more dangerous on the boardwalk than the beach,” said Council President Anita Zalom. “A man on my street fishes on my street all the time and he really misses it.”

Some towns, Zalom said, have blocked boardwalk access but still allow residents to access the sand, including neighboring Seaside Park.


“I think it’s foolish of us to even consider that until this critical state of emergency is lessened or removed,” said Councilwoman Joanne Filippone.

The council agreed and did not take a vote to reopen beaches in any way. But members of the governing body expressed concern over enforcement if the beaches are to remain closed into the warm summer months. Much of the concern is coming from year-round residents.

“As the weather gets warmer, we’re going to see more and more people here,” said Mayor Walter LaCicero. “I did get a call over the weekend from someone asking we stop all North Jersey people from coming here and block the roads off. I’m not sure how we would enforce that anyway, short of a Sandy-style blockade.”

The legality of such a “blockade” would be questionable, or outright illegal, when it comes to homeowners. Rentals, however, are regulated by the municipality and could be banned. Currently, rentals are banned when booked using online services such as Airbnb and VRBO.

Other communities are raising similar concerns. Long Beach Township this week decided to keep its beaches open, but only for homeowners who are issued disaster re-entry placards that were originally designed to allow access to the town after a natural disaster. There are no such re-entry cards issued on the northern barrier island. Brick, however, has completely shut down its beaches and even the parking lots near them after initially allowing access. The policy was changed after people did not practice sufficient social distancing requirements.

“The locals are doing it, too,” said Filippone. “I’m not going to excuse anybody. We have 28 blocks in town, two highways, Bay Boulevard and West Point Island. If people want to walk, there is plenty of room for social distancing and bike riding, which is probably the best.”

Borough Administrator Robert Brice said police officers are ensuring no one can access the boardwalk or beach, and the borough is ordering additional signage in order to place restriction notifications on every street end. Currently, signs appear on several main access points, such as President Avenue.

“Lavallette PD is doing checks of the boardwalk and is responding to complaints if there are any groups up there,” Brice said.

Police officers are empowered to write summonses to anyone violating state of emergency orders by Gov. Phil Murphy, and the police department was sent guidelines on how to write up such offenses, officials said. But it is still up to individual municipalities to decide on restrictions to parks and beaches – unlike state and county facilities, which are on mandatory closures by order from Murphy’s office.

“We have another meeting in two weeks,” said Filippone. “I think we can revisit this issue every time we have a meeting, but I think it’s too early to even consider it.”