Six-Unit Complex Approved to be Rebuilt Along Ortley Beach Oceanfront 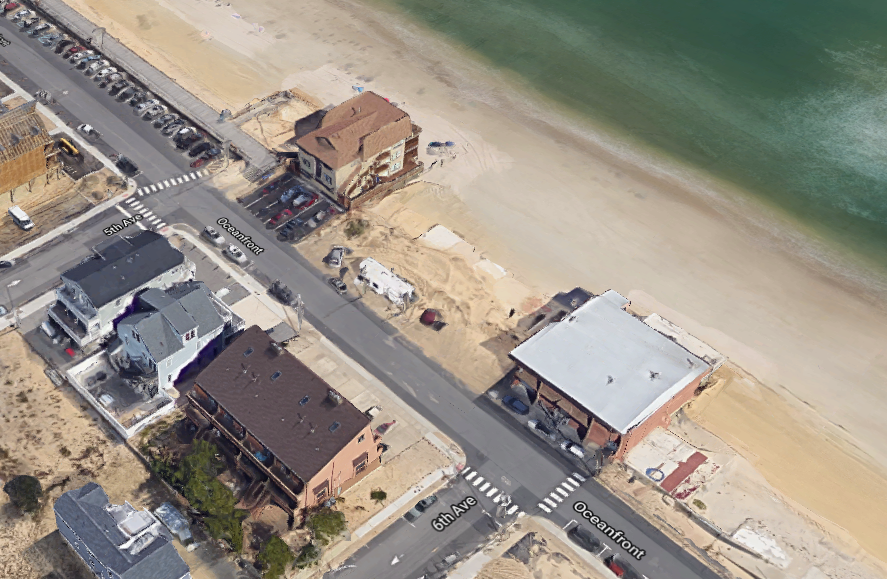 Ortley Beach residents who are still out of their oceanfront condominiums following their destruction in Superstorm Sandy seven years ago finally received approval to rebuild Wednesday night.

The Toms River planning board approved a lot line subdivision and one of two buildings that will contain the six units. The second building did not require board approval. The two buildings will be situated between the former Joey Harrison’s Surf Club property and the Golden Gull condominium, which survived the storm.

Harvey York, representing the homeowners, said it has been a long road to rebuilding. The most serious roadblock was put in place by the state, which held that any building with six units or more must designate one as affordable housing. In this case, however, there were six existing owners on an oceanfront parcel. As a workaround, the homeowners proposed subdividing the plot of land into two lots and building two separate buildings – one with four units and one with two.


“When you have six or more units, you actually have to construct a unit on-site,” said Township Planner David Roberts, explaining that an income-restricted unit could not be built elsewhere in lieu of the oceanfront location.

The four-unit building will stand 37.5-feet, feature elevators to get to each unit and will be accessible to residents through driveways. The units will all have loft levels, but the homeowners agreed not to convert them to bedrooms.

York thanked Roberts and other township officials for their assistance with the application, the process of which began in February of 2017.

A rendering of the final complex was not available since an architect was not required to attend the board meeting, York said.