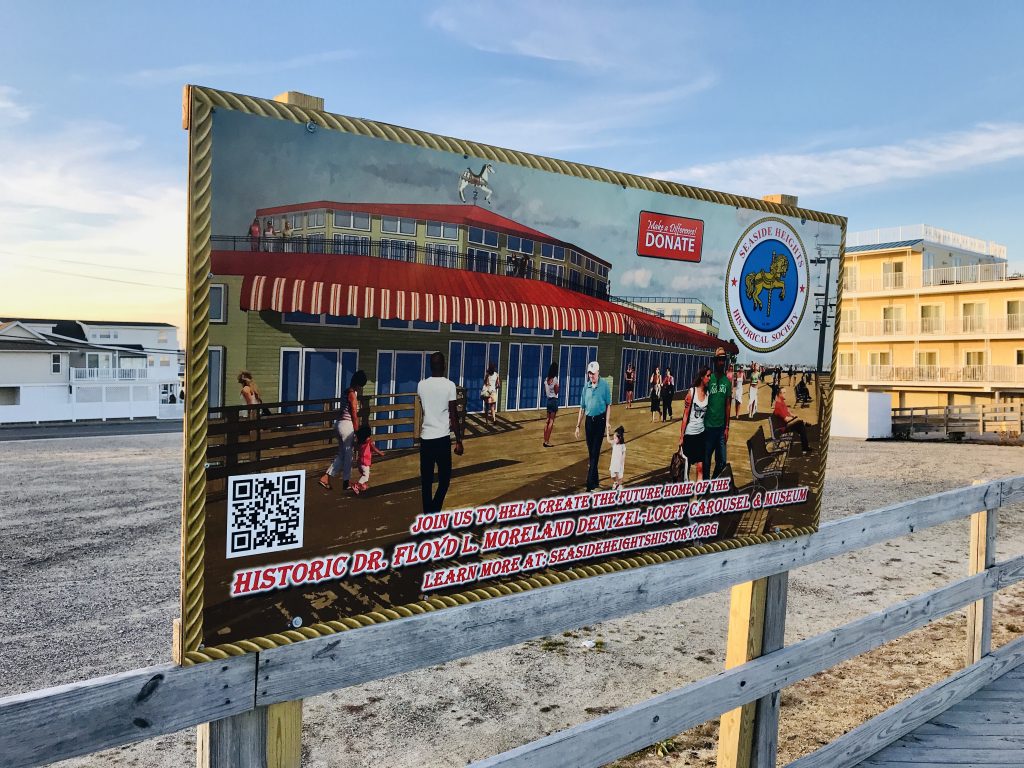 Seaside Heights officials are awaiting a meeting date with their state counterparts to approve a plan to build a new home for the borough’s historic 1910 Dentzel-Looff carousel, which is in the process of being restored.

Officials are now considering a plan under which two structures would be built at the site, located between Carteret and Sampson avenues. One building would house the carousel itself and another two-story building would be leased to a long-term tenant and could potentially serve as a venue for events.

“We’re going to have to go back to the state now and show them all of the plans for construction,” said Mayor Anthony Vaz. “We’re waiting for a date. We’re on top of things and it’s moving along.”


The state has already pledged to fund $750,000 toward the project, which would come in the form of a matching grant. Seaside Heights would bond for the remainder of the cost and offset the debt service by leasing the second building.

“We’re talking about avenues for collecting revenue from renting the buildings to offset the cost to the taxpayers,” said Vaz, who floated the idea of a long-term lease of 20 years for a prospective tenant.

The tenant would be selected through a bidding process with strict specifications. A committee of residents and officials is still contemplating the final vision for the site, Vaz said.

“We’d tell [a tenant] they would have to pay the taxes and the rent – we want to recoup money here so the taxpayers don’t have a burden,” the mayor said.

There isn’t yet a timeline for construction since the plan requires state approval and will likely go before the borough’s own planning board. The borough, however, is trying to get the project completed as soon as possible since the carousel will be returned when its restoration is finished, and must then be stored until it can be transported to its new home. The carousel itself will continue to run as an attraction on the boardwalk at the new facility.

The borough acquired the historic carousel and the oceanfront lot from Casino Pier in a swap that gave the pier permission to expand its operation across a swath of beach instead of building out farther into the ocean.