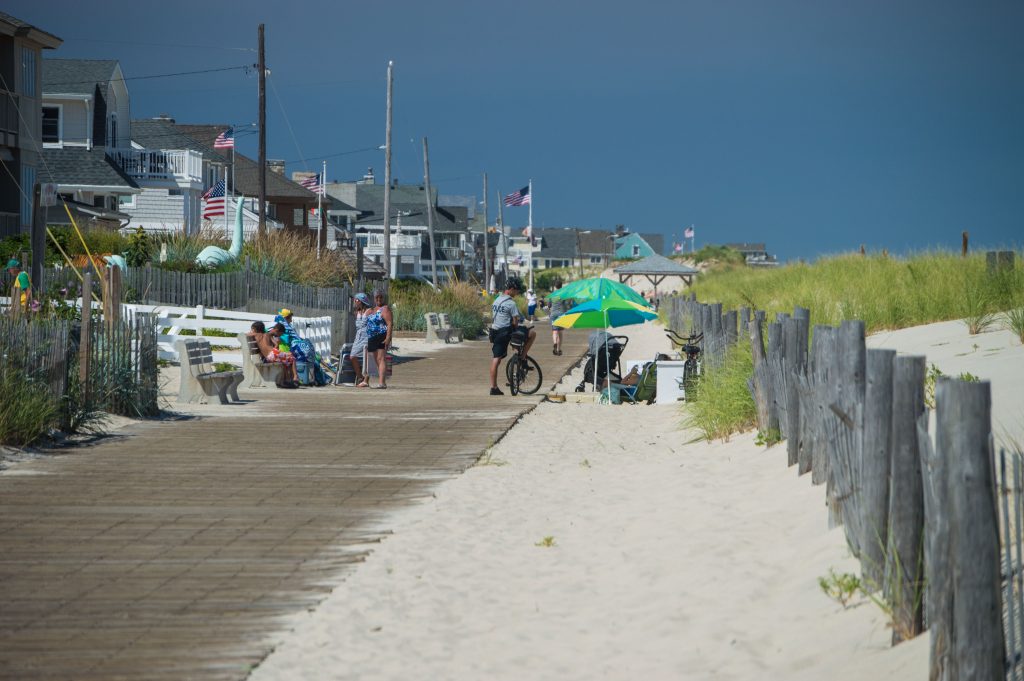 Technology may allow you to order a pizza from your beach chair, but a local ordinance may not.

Lavallette officials are considering developing an ordinance that would stop beachfront entrepreneurs from commercializing the sand next summer after it was learned that people have begun offering services such as food deliveries to the beach and “valet” type services such as chairs, umbrellas or other amenities for a fee.

“We’ve come across the fact that there is at least one person, maybe two or three, who creatively started a business on the beach,” said Councilwoman Joanne Filippone, who leads the borough council’s ordinance committee. “The business is to be your valet. It got a little further than you might want – they were delivering food, lunch and so on.”


While a free market mindset may direct the views of some people on doing business at the beach, borough officials have their own concerns. For one thing, it has long been against the law to consume food on the sand (the boardwalk is a different story) over littering concerns. But over the past several years, the legal lines have been blurred by services such as GrubHub and Uber Eats, which have made on-demand food deliveries much more of a mainstream practice. There is also a general concern by officials that the beach may become too commercialized if the number of people making deliveries or running micro-businesses proliferates.

“Do we want commercialization on the beach, and if we do, how do we control it?” asked Filippone. “What are our requirements?”

Officials said they have discussed options ranging from an all-out ban to a permit system. Many similar services, such as ice cream truck access to the beach, are regulated via permit. The use of the town’s beach for profit-making services such as yoga classes and surf lessons require a vote by the borough council, the issuance of a permit under conditions that include times and locations, plus a fee or a percentage of one’s profits turned over to the town.

“We started going down the road that we should permit this, set a fee, maybe get a business permit,” explained Filippone. “But people felt we should forbid any such businesses on the beach permanently.”

In the past, Filippone said, the borough has sent “reminders” to businesses in town telling them that food cannot be consumed on the beach and deliveries are prohibited, but aside from the prohibition on eating, such practices are not necessarily banned outright in the borough code.

“I think we ought to make it illegal,” said Mayor Walter LaCicero. “Make it prohibited. We already have an ordinance prohibiting food on the beach.”

The mayor suggested fining those who break the rules.

The council, however, must take its time to craft an ordinance. The discussion at Monday night’s council meeting drew words of caution from Borough Attorney Philip George.

“I can see a couple of issues with it,” said George. “We have the revised public trust law that went into effect last year. We have no food on the beach, which is valid, but the issue is not just delivery – it’s delivery with the intent of consuming it on the beach.”

“There are also some issues with the transportation end of it rather than just the eating,” said George. “It needs a little work.”

Filippone said her committee will discuss the issue further and send its desires to George’s office so a formal ordinance that complies with state statutes can be drafted. Then the council can consider the ordinance formally and vote on it.

Regardless of what the formal ordinance – if one is passed – will look like, the “no eating on the beach” rule is here to stay, officials said.

“We recommend that a letter be sent to the businesses once again, reminding them that food not be delivered to the beach,” said Filippone.