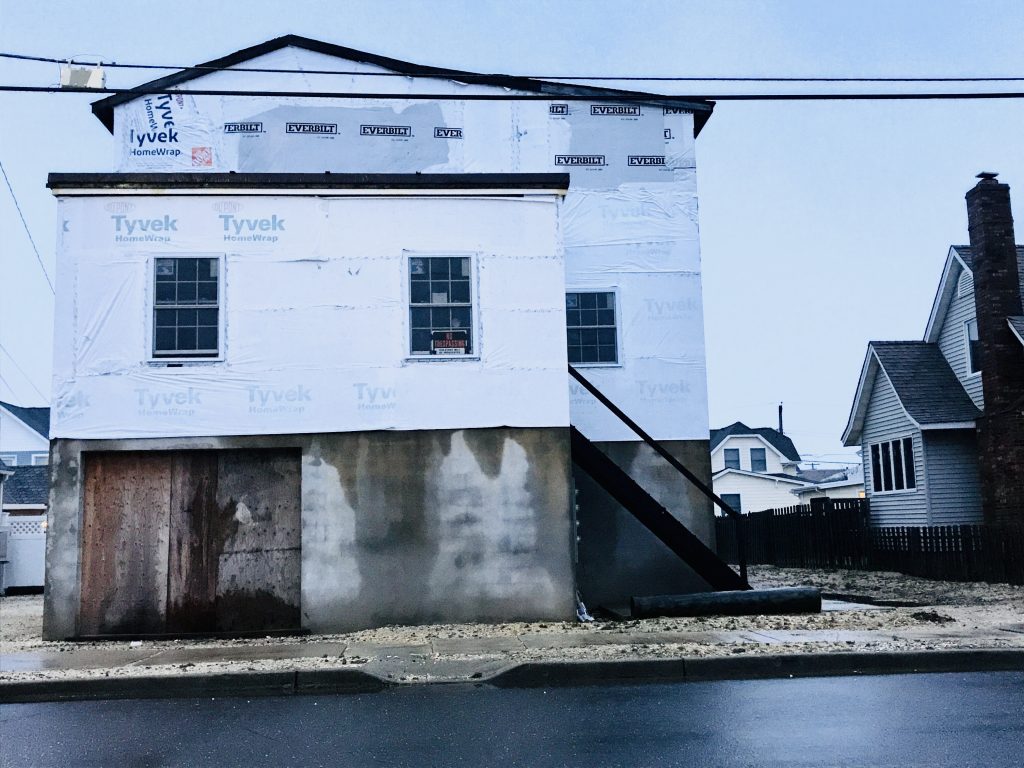 The home at 103 Magee Avenue in Lavallette. (Photo: Daniel Nee)

Lavallette’s borough council this week voted 5-2 in favor of settling a lawsuit brought by the owners of a multi-family home on Magee Avenue, alleging improprieties in the issuance of a stop-work order that halted efforts to renovate the home after Superstorm Sandy.

The property at 103 Magee Avenue has generated controversy, with some neighbors alleging the owners are troublemakers who illegally sought to expand their property when others could not. But the owners told council members on Monday night that they have fond memories of Lavallette going back decades and were issued a permit to repair their home before it was later taken away.

Multi-family homes are no longer permitted in Lavallette, but properties that have historically been multi-family are pre-existing, nonconforming structures that are grandfathered in. After Superstorm Sandy, several laws were passed that allowed property owners to rebuild their homes to their former specifications. The home at 103 Magee Avenue has been a four-unit residence for years; the primary objector to their construction is the owner of the home at 105 Magee Avenue, which is a three-unit multi-family home.


“It was falling apart before Sandy and then Sandy made it worse,” said Arlene Dunn, the owner of the home next door. “Since then it’s just been sitting there rotting. We’re asking as next door neighbors … that they should not get away with this.”

The controversy surrounded the rebuilding plan, with objectors pointing out that some aspects of the construction, including rooflines and the home’s volume, were increased. But the volume of a home was found to be included in measures passed after the storm that gave homeowners looser regulations on construction.

The settlement agreement, reached after eight hours of mediation between Borough Attorney Phillip George and the attorney representing the owners of 103 Magee, stipulated that the owners would reduce the property to a three-family residence and alter the roofline to conform to the borough’s preferred specifications.

“It seems like they gave us everything we wanted,” said Council President Anita Zalom, who made a motion to approve the settlement.

Two council members, Joanne Filippone and James Borowski, disagreed, holding that the settlement would allow one homeowner to make modifications to a home above and beyond what the post-Sandy laws allowed and which other homeowners were denied. She also said the homeowners lifted their home to retaliate against the borough.

“I am the only member of the council who sits on the planning board, so I’ve lived through this case,” said Filippone. “The lift was in retaliation, in my opinion, to the denial.”

George, for his part, saved most of his comments for closed session meetings where such settlements are discussed in private. But council members seemed to insinuate that his recommendation was to execute the settlement.

“Obviously it’s controversial – there isn’t 100 percent unity on this,” said Mayor Walter LaCicero. “But the good thing is that the borough taxpayers will now be out of this litigation.”