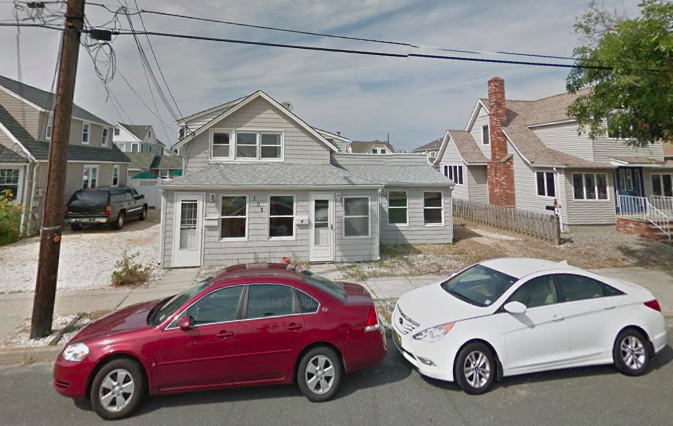 The Lavallette borough council on Monday night effectively turned down a settlement hatched between the borough attorney and a township property owner that sued after being denied permission to build a multi-family home as proposed to the planning board.

The lawsuit involved the property located at 103 Magee Avenue, a rental property owned by Vallata Gardens, LLC, which is in turn owned by Emilio and Caterina Gallo. The settlement agreement appeared on Monday night’s agenda but after a lengthy public comment session in which numerous residents blasted the proposal, not a single member of the governing body motioned for approval. The settlement died with the lack of a vote, and the lawsuit will eventually head to court, said Phillip George, the borough attorney.

Neighbors at the meeting accused Vallata of operating a troublesome property, which at certain times was occupied by as many as 22 people. A copy of Vallata’s lawsuit, and the borough’s response, appear below this article. In brief the suit centers on whether certain aspects of a post-Superstorm Sandy rebuilding plan were in contravention with local zoning ordinances and state laws that provided certain amounts of latitude to the owners of homes damaged in the storm. There is a question as to whether some proposed changes included in the rebuilding plans require a variance since it would normally not be allowed on Magee Avenue.


A plan for “dramatic” changes to the home was rejected by the Lavallette planning board.

The home is a two-story, four-family rental property that its owners contend is a pre-existing, noncomforming use. That means that despite being located in a zone where only single-family homes are allowed, it is grandfathered in for the allowance of a multi-family dwelling. The borough’s former building official approved the plans submitted by Vallata in 2016, shortly before he was replaced with a new building official. Relying upon that approval, the owners began construction of a home that was modified from the pre-existing home with a new roofline, though Vallata states in its lawsuit that the roof does not violate the borough’s height limit.

In Dec. 2016, the new construction official for the borough issued a stop-work order, alleging Vallata had exceeded the scope of permits that were previously issued. Since the stop-work order was issued, the plaintiffs say they have suffered a large amount of damage to the home since construction was never allowed to be completed.

Vallata’s owners also alleges they were “singled out” for the stop-work order.

The borough denied all of the Vallata’s claims in its response and argued the plaintiff did not comply with a number of administrative requirements.

The settlement proposal was the result of mediation discussions between the borough attorney and the counsel for Vallata. The substantive aspects of the settlement involved allowing the structure to be completed, but only allowing three rental units instead of four in the home. The building would also be modified to fit in its original footprint.

“The town got a little and the homeowner got a little,” Mayor Walter LaCicero said, as the debate on the settlement got underway.

Recently, a court ruled that the amount of damage which was sustained by a home during Sandy does not factor into whether a variance would be required for a pre-existing, nonconforming use property to be rebuilt, but Kaitlyn Campanile, an attorney representing a neighboring property owner, called for the settlement to be rejected because she believes a use variance – known as a “D” variance – is required for the property.

“This walls in this particular structure were rotten and were not damaged as a result of Sandy,” she said. “Our position is that the work that was done was not really done legally.”

In rare cases, courts have forced building owners who built structures without receiving proper variances tear them down. In other cases, property owners prevail, the court orders the project approved and compels the municipal government to pay damages and attorneys’ fees.

All of the neighboring property owners who spoke at the meeting called on the settlement to be rejected. No one spoke in favor of the settlement or was present to represent Vallata.

Before the council declined to support the settlement, LaCicero expressed his frustration with the case.

“I’m appalled that this occurred,” he said. “It went through the process and was rejected by the planning board, appropriately, in my opinion. We’ve gone to the mat on this at several levels. We have not relented to a homeowner who’s been bullying us.”

The mayor, despite his anger over the case, seemed to suggest the council follow the borough attorney’s recommendation to execute the settlement, however the governing body did not do so.

George said both sides have requested a jury trial consisting of 12 members.

View this document on Scribd