Crews have started the multi-month process of building a sea wall along much of the Point Pleasant Beach boardwalk to protect the town from storms in lieu of a dune.

The sea wall will run the length of the boardwalk operated by Jenkinson’s, owned by the Storino family. It will run from Trenton Avenue northward to the terminus of the boardwalk near Manasquan Inlet. The $7 million project will be financed completely privately by the Storino family as part of an agreement with the state Department of Environmental Protection. The Storino family had sued the state to prevent dunes from being built in Point Pleasant Beach, arguing it would hurt their oceanfront businesses, and ultimately agreed to build the wall instead. 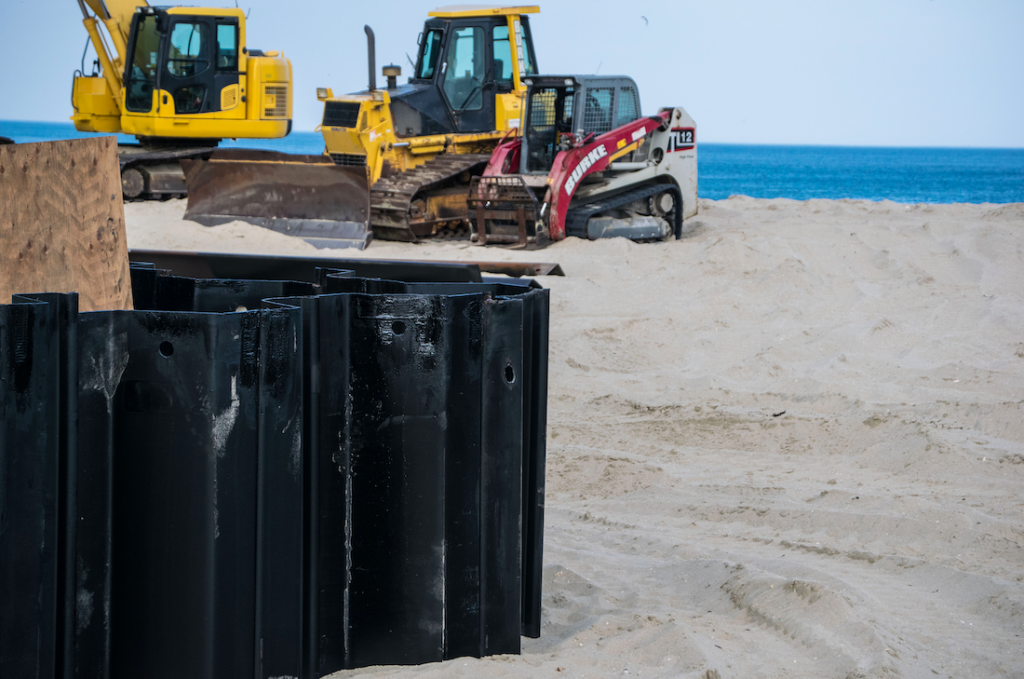 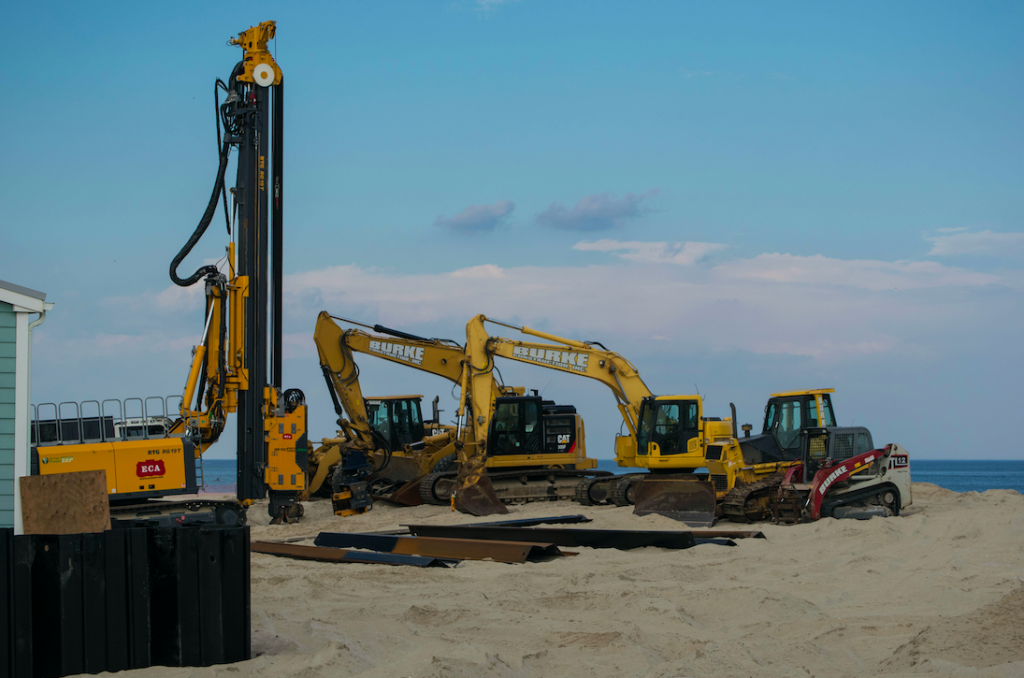 Reid said the wall, made of steel sheetpile, will reach seven feet underground and be anchored by rocks. It will not be covered by a dune like the now-invisible, state-funded sea wall built along the ocean in Brick and Mantoloking. The final product will also be aesthetically improved – it will not resemble the black industrial look it currently has. 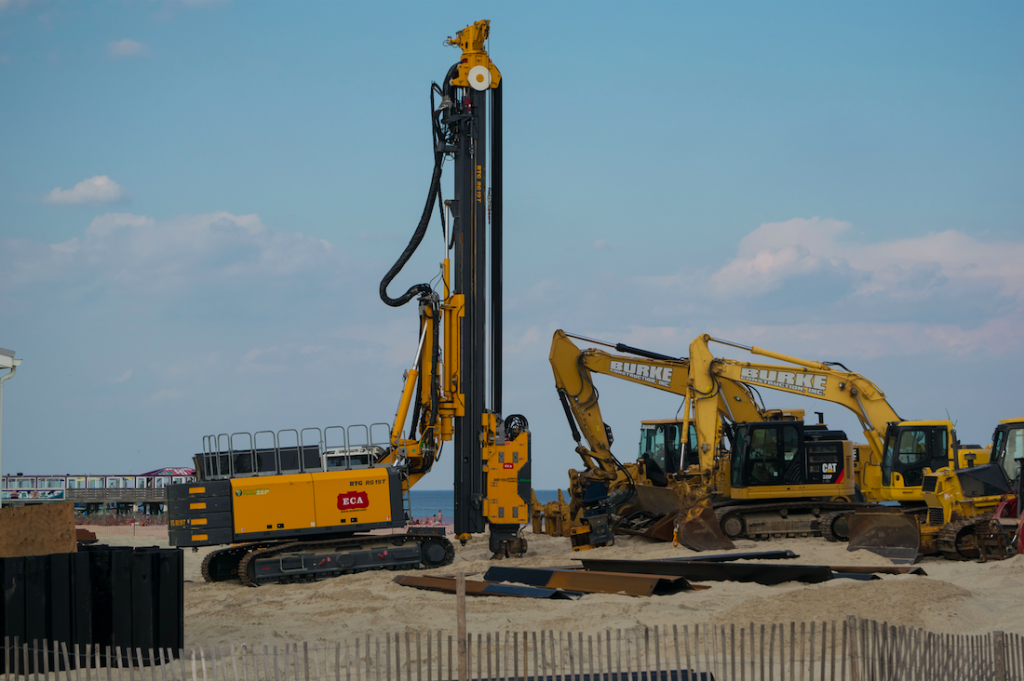 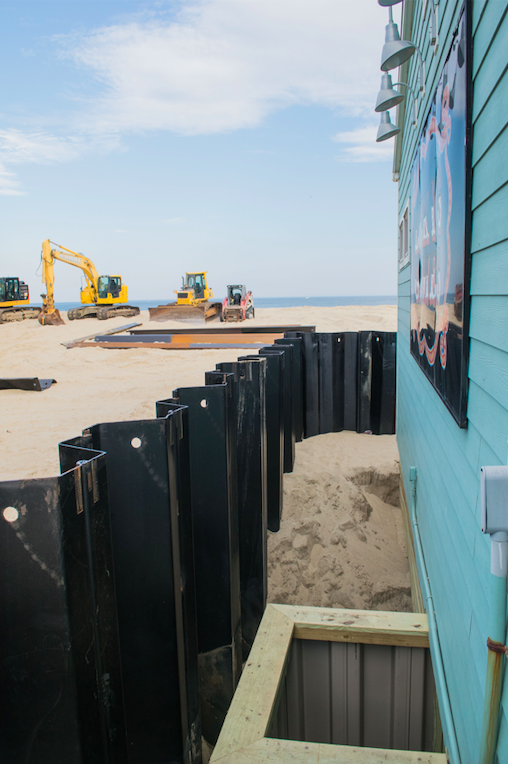 The Storino family agreed to begin construction on the sea wall within one year of the beginning of the publicly-funded beach replenishment project that runs the rest of the length of the island. Trucks began delivering equipment about two weeks ago and the first small segment of the wall has been driven into the sand.

Reid said the wall is expected to be completed by early spring.