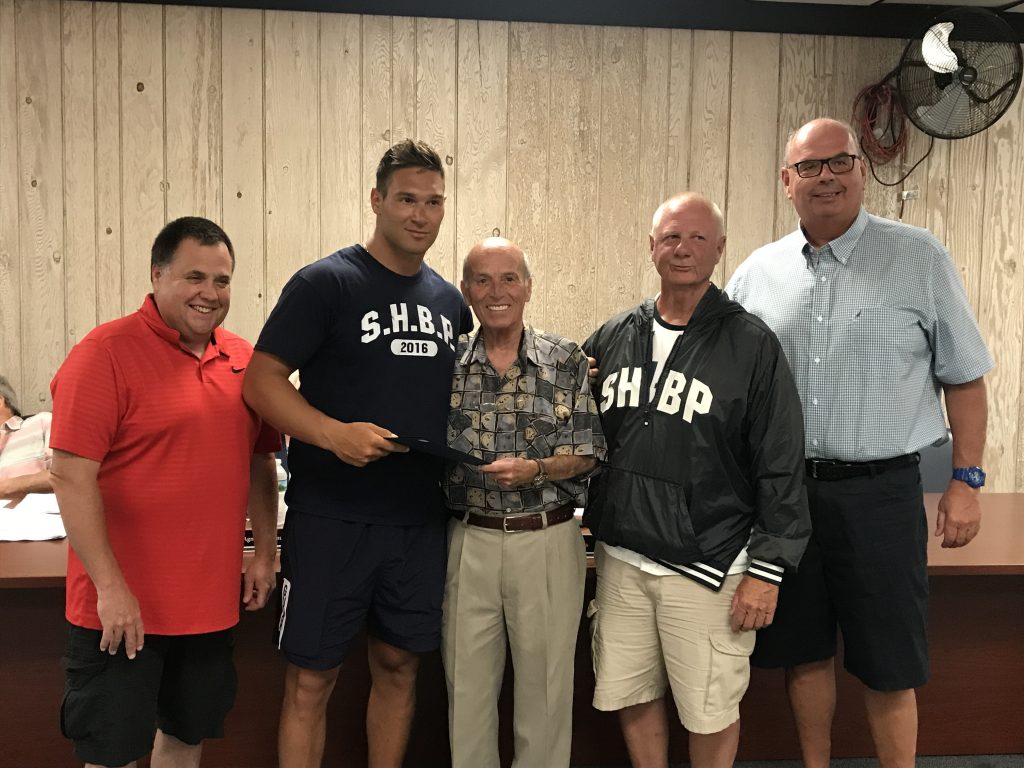 Seaside Heights lifeguards are responsible for keeping swimmers safe, but their lifesaving prowess also extends onto land – as proven by the quick-thinking heroics of one guard who is credited with saving the life of a choking infant.

Peter LaQuaglia, a Toms River college student who has been a guard for five years, was honored by the borough council on Wednesday for his actions June 7, when he stepped in and saved an infant while on his lunch break.

LaQuaglia, 20, met up with a friend for pizza at Spicy Cantina, but while enjoying a slice, he heard the frantic call for help from a woman down the boardwalk near Midway Steaks. Her grandson was choking on what appeared to be a plastic ring from a soft drink bottle cap and appeared to have stopped breathing. The guard, a college football linebacker, jumped up from his table to help.


“Definitely, adrenaline kicked in,” LaQuaglia told Shorebeat. “Going up to the scene, in my mind I went right to my prior training. I actually completed the class two weeks before – it was the same class I took the previous two years, but we had just brushed up on it.”

He applied the Heimlich maneuver on the child – no simple feat given the sensitive size of a 10-month-old – and he coughed up the piece of plastic, which LaQuaglia removed before checking for additional obstructions.

Mayor Anthony Vaz read a resolution honoring LaQuaglia, who is studying kinesiology and playing football at McDaniel College in Maryland and is transferring to the University of Central Florida come fall, before handing him the borough’s Lifesaving Award in front of his mother and Lifeguard Capt. Jay Boyd.

“It’s definitely a good feeling being able to know you’re helping people out, even saving their lives,” said LaQuaglia, who has rescued over a dozen people from the ocean during his years on the job. “It’s a great job, watching out for everybody.”