Beaches in a portion of Point Pleasant Beach that were replenished under a U.S. Army Corps of Engineers replenishment project were battered by back-to-back nor’easters that struck the Shore in recent weeks, reducing the usable portion of the beach berm to just about 15 feet.

The immense dune built by Weeks Marine, the federal government’s contract, still stands. But the sand in front of it where beachgoers would set up their chairs and blankets during the summer – known as the “berm” – has largely washed away. In essentially every other area where replenishment was completed, beaches are more than 200-feet wide. The reduction of usable space has stirred consternation with local residents, Point Pleasant Beach Mayor Stephen Reid told Shorebeat. 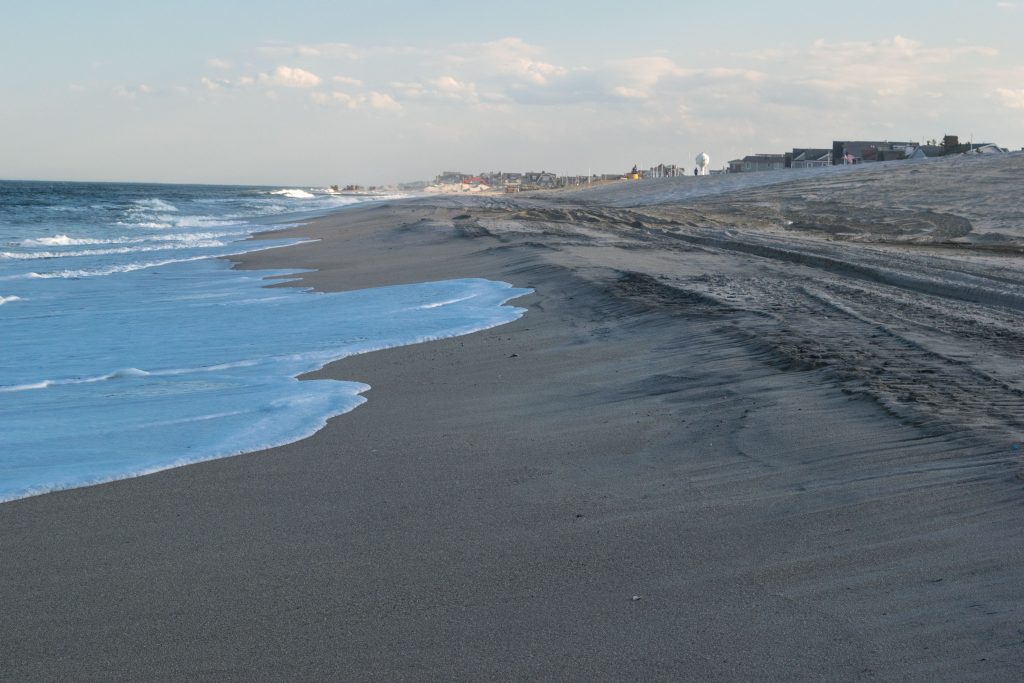 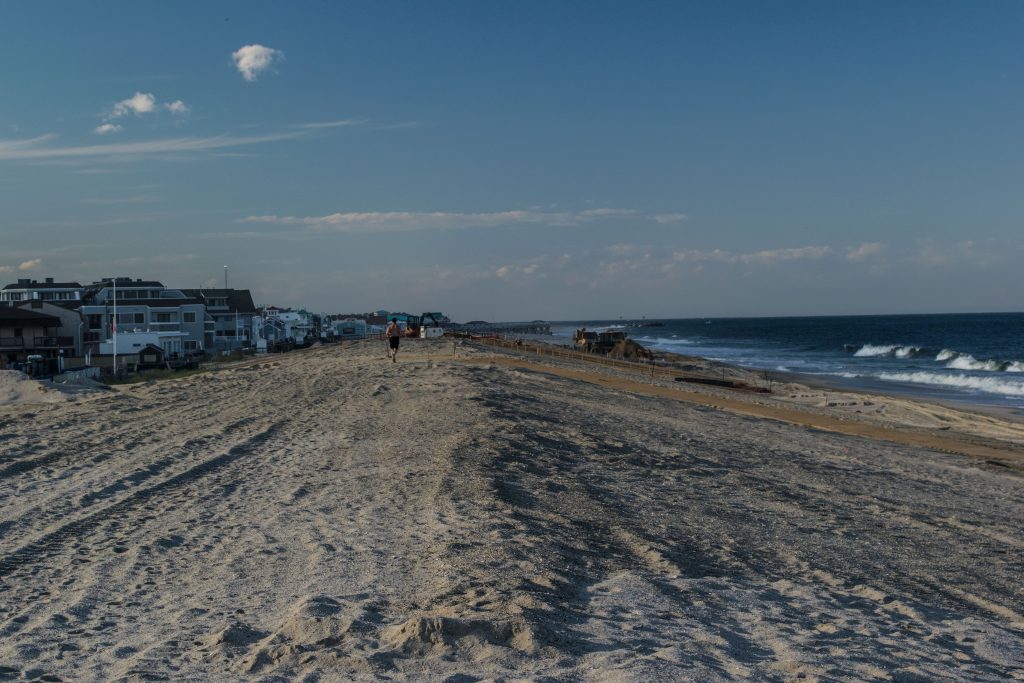 Ed Voigt, spokesman for the Army Corps’ Philadelphia District, which is managing the project, said crews will return to Point Pleasant Beach, but only after work is completed in neighboring Bay Head.

“With those back-to-back nor’easters bringing high tide right up to the toe of the dune, we could see that yes, there was not enough buffer in front of the design berm in Point Pleasant,” Voigt said.

The area affected is between Washington Avenue and the Jenkinson’s Boardwalk complex. 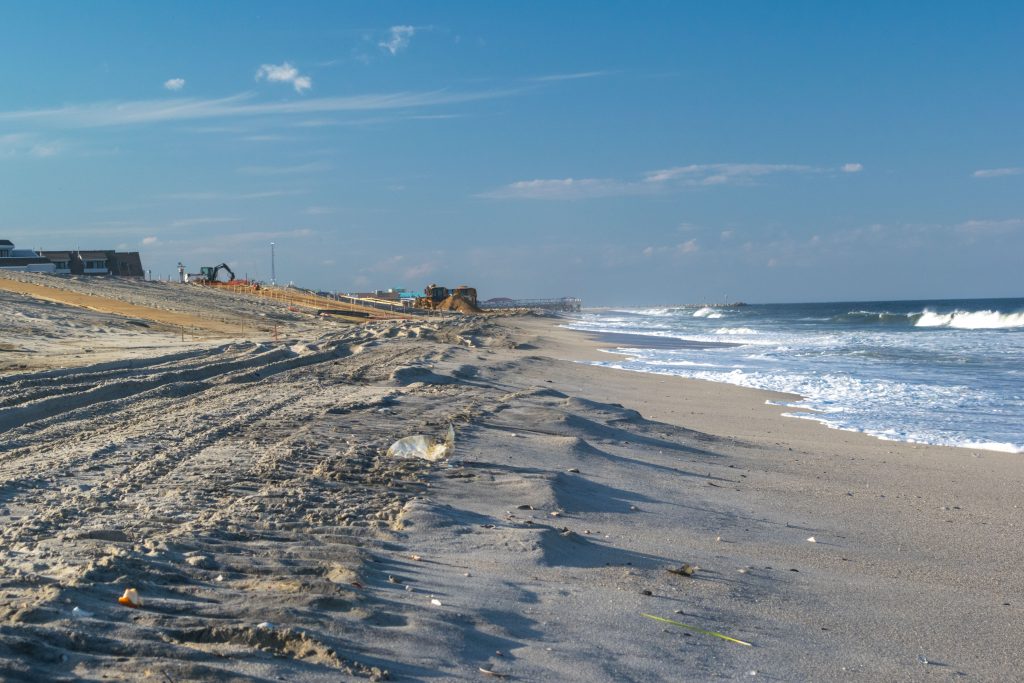 The Army Corps is coordinating with the state Department of Environmental Protection and Weeks Marine to plan a second, revised round of replenishment.

Voigt said work in Bay Head is expected to be completed in late June, so Point Pleasant Beach’s issues will not be settled by the Memorial Day holiday.