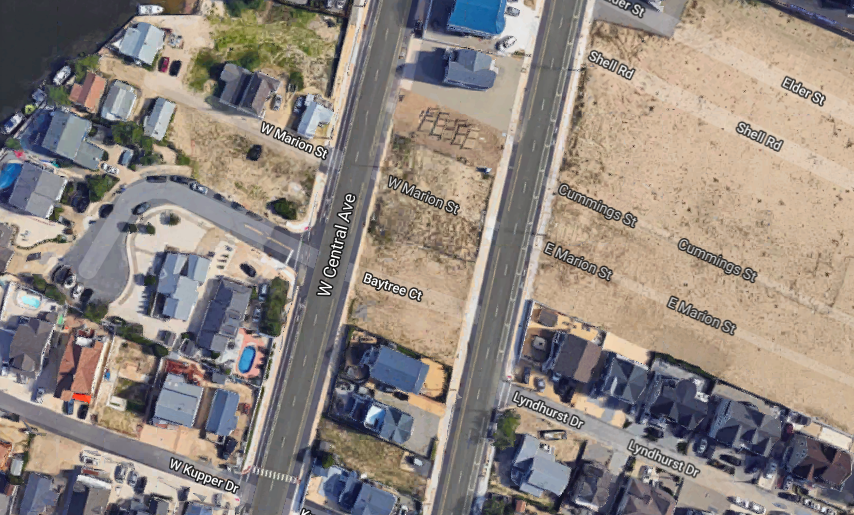 Brick Township’s planning board is considering a proposal from a homeowners association in the Camp Osborn neighborhood to rebuild one portion of the community that was devastated during Superstorm Sandy in 2012.

The board began hearing testimony Wednesday night on the matter and will pick up the case again at the June 12 meeting. The proposal from the Osborn Sea Bay Condo Association calls for five homes to be constructed where seven once stood in the median between Route 35’s north and southbound lanes. The planning board is involved in the process because Camp Osborn is uniquely counted on tax maps as a single lot.

Barbara Ehlen, a professional planner hired by the association, said the “historic nature” of Camp Osborn produced the odd single-lot scenario. Before Sandy struck, the township adopted a special overlay zone for Camp Osborn, recognizing that the single-lot issue was already becoming cumbersome for homeowners trying to improve their properties.


“The reduced number of homes will reduce the traffic and the fences eliminate the use as a pass-through,” said Ehlen. “These are modest homes – not McMansions that are overbuilt.”

The homes will range from 1,200 square feet to 1,800 square feet and comply with all flood and modern building regulations. Lot coverage for the proposed development will represent 38.5 percent of the land in the median, versus the 48 percent that the previous seven homes took up.

“While this zone allows for the smallest setback between buildings, it still will be able to comply with building codes,” said Township Planner Tara Paxton, who worked with the association to develop a plan that would allow the maximum number of residents to rebuild.

The board will pick up where they left off on June 12 at 7 p.m. at the township municipal complex on Chambers Bridge Road.