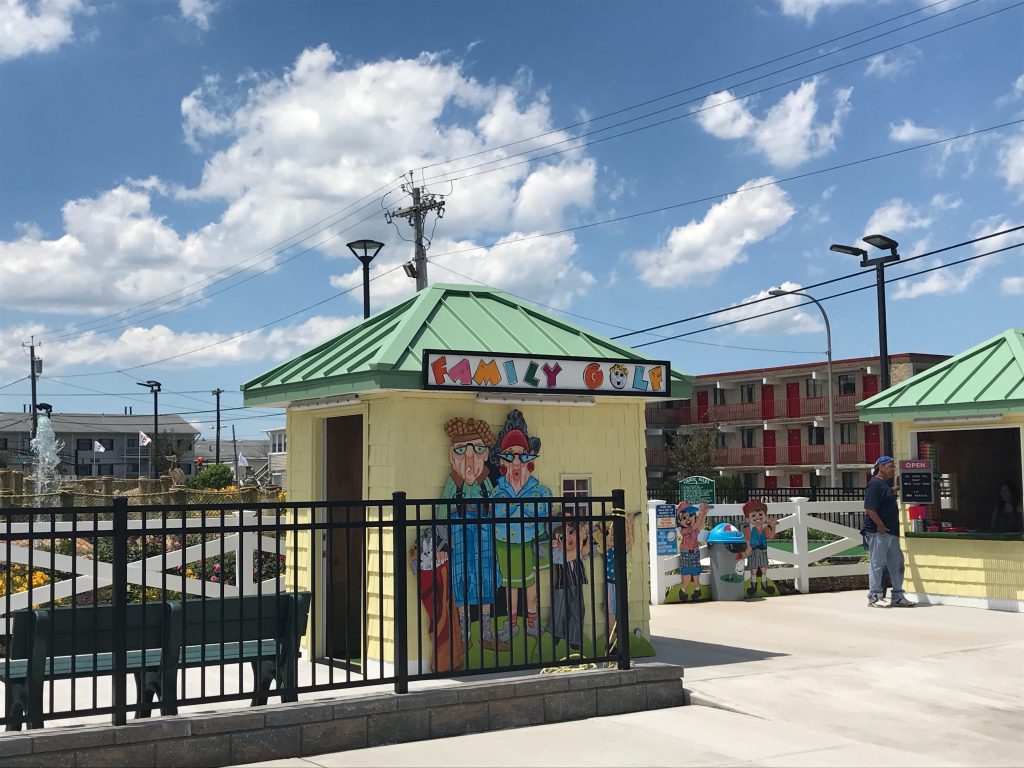 A miniature golf course, ice cream parlor and arcade received approval to expand its location on the Boulevard in Seaside Heights at a meeting of the borough’s planning board on Wednesday night.

Beach Family Golf, which opened two summers ago, had already added an arcade and ice cream shop in what was formerly a Bank of America branch building at 315 Boulevard. With Wednesday’s approval from the board,  owner Robert Bennett will be able to remove the canopy from what was the bank’s drive-in window and create more space.

“We’re taking the canopy-hang where the drive-through used to be, enclosing it, getting rid of the drive area and enlarging the existing building,” said Harvey L. York, the business’s attorney.

“The applicant is doing this in order to increase the use and viability of the site as a family center,” York told board members. “This is a family operation, and we changed the tone of this area by bringing families in.”

The addition will add space for the arcade and the new party room. The expansion will also create three or four new jobs, York said.

Bennett’s contractor for the project said it will take about six months to complete construction and the expanded area should open in midsummer 2019.