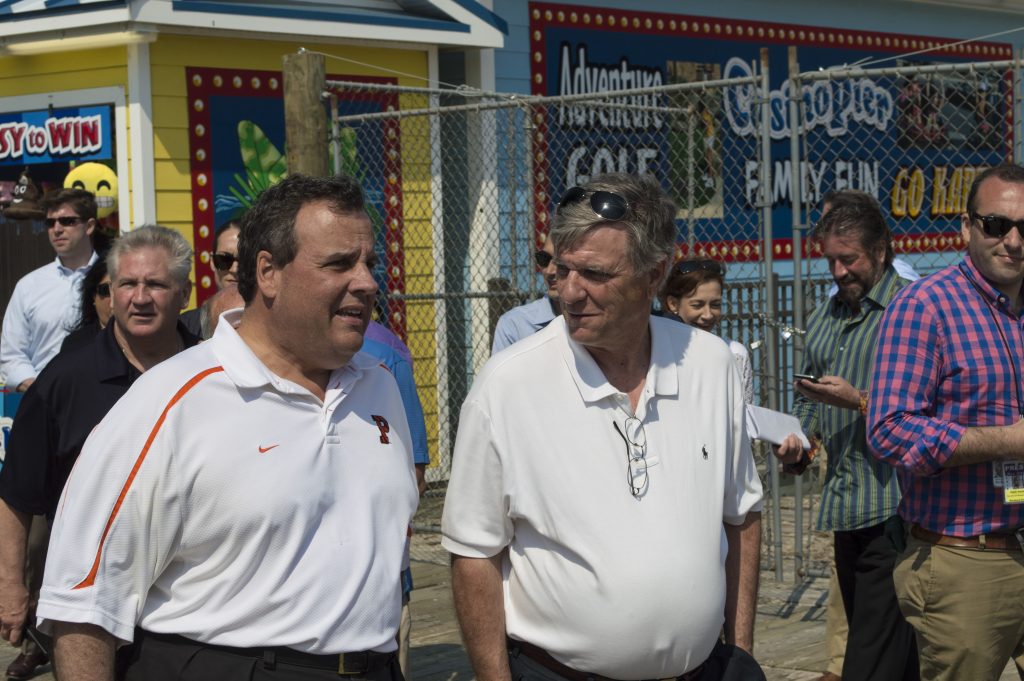 Considered one of the most powerful political figures in New Jersey, George Gilmore, the Ocean County Republican chairman, was indicted Thursday on charges of tax evasion, failure to pay taxes and making false statements on the loan application.

The indictment was announced by the office of the United States Attorney for the district of New Jersey. The indictment accuses Gilmore of evasion of taxes totaling more than $1 million; filing false income tax returns; failing to pay over payroll taxes to the IRS; and making false statements on a bank loan application, First Assistant U.S. Attorney Rachael A. Honig announced.

Gilmore, 69, of Toms River, was charged in a six-count indictment with one count of income tax evasion for calendar years 2013, 2014, and 2015; two counts of filing false tax returns for calendar years 2013 and 2014; failing to collect, account for, and pay over payroll taxes for two quarters in 2016, and making false statements on a 2015 loan application submitted to OceanFirst Bank.


According to documents filed in the case, Gilmore worked as an equity partner and shareholder at Gilmore & Monahan, a law firm in Toms River that represents a slew of local municipalities, where he exercised primary control over the firm’s financial affairs. Gilmore filed on behalf of himself and his spouse federal income tax returns declaring that he owed $493,526 for calendar year 2013, $321,470 for 2014, and $311,287 for 2015. Despite admitting that he owed taxes for each of these years, Gilmore made no estimated tax payments and failed to pay the federal individual income taxes that he owed, the statement said.

“Rather, between January 2014 and December 2016, Gilmore spent more than $2.5 million on personal expenses, including substantial home remodeling costs, vacations, and the acquisition of antiques, artwork, and collectibles,” prosecutors said. “By Dec. 31, 2016, based on the tax due and owing that Gilmore reported on the returns, he owed the IRS $1,520,329 in taxes, penalties, and interest.”

Prosecutors allege Gilmore concealed information from the IRS and “falsely classified income, made false and misleading statements to IRS personnel, and filed false tax returns that materially understated the true amount of income that he received from the law firm.”

The specific allegations are:

Because he exercised significant control over the law firm’s financial affairs, Gilmore was a person responsible for withholding payroll taxes from the gross salary and wages of the law firm’s employees to cover individual income, Social Security and Medicare tax obligations, according to court documents. For the tax quarters ending March 31, 2016, and June 30, 2016, the law firm withheld tax payments from its employees’ checks, but Gilmore allegedly failed to pay over in full the payroll taxes due to the IRS.

Gilmore, prosecutors say, also submitted a loan application to OceanFirst Bank “containing false statements.” On Nov. 21, 2014, Gilmore reviewed, signed, and submitted to Ocean First Bank a Uniform Residential Loan Application (URLA) to obtain refinancing of a mortgage loan for $1.5 million with a “cash out” provision that provided Gilmore would obtain cash from the loan. On Jan. 22, 2015, Gilmore submitted another URLA updating the initial application.

“Gilmore failed to disclose his outstanding 2013 tax liabilities and personal loans that he had obtained from others on the URLAs,” the statement said. “Gilmore received $572,000 from the cash out portion of the loan, the proceeds of which he did not apply to his unpaid taxes.”

Gilmore has made two appearances recently. On Jan. 2, he was present at the reorganizational meeting of the Ocean County freeholder board, where he drew praise from several elected officials.  Yesterday, he made an unusual appearance at a work session meeting of the freeholder board, arriving toward the end of the meeting. He did not speak, but took a seat in the rear of the meeting room and stayed for a closed, executive session meeting that took place after the public work meeting.

The statement did not say whether Gilmore had been taken into custody or is expected to surrender to authorities. It is also not yet known whether his position as Republican chair is in jeopardy.