A beach replenishment project in the words for more than 15 years has been completed in Ortley Beach.

Beachfill operations by Weeks Marine, the federal government’s contractor on the project, are now complete, Toms River officials confirmed. The contractor is still in the process of installing hard-packed sand beach entrances, post-and-rail fencing and protecting snow fencing along the dune line. Dune grass still needs to be planted in order to anchor the 22-foot high protective dune built in front of a beach berm of at least 200-feet in width. 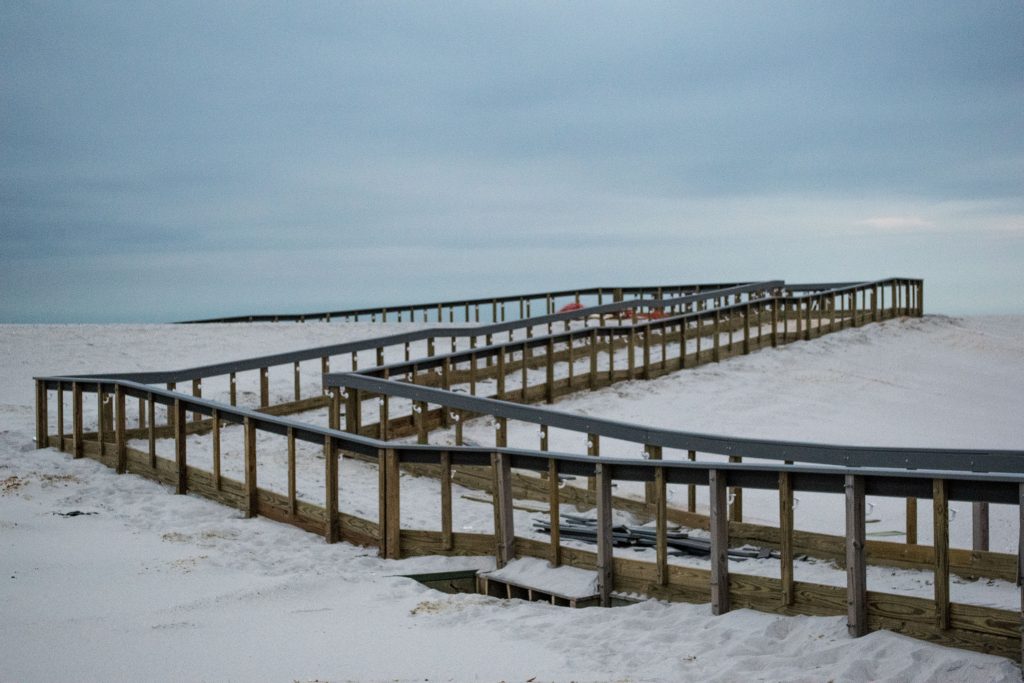 “We still need our rails up, our mats up and our snow fencing up,” said Councilwoman Maria Maruca. “We’ve gotten some calls from quite a few of the residents in Ortley about that, and it’s coming.”


Last week, the Toms River Township council approved a $598,754 contract to purchase “Mobi-Mats” for beach entrances – the blue matting that makes getting onto the beach easier for those carrying accessories, as well as people in wheelchairs. The contract was awarded to Deschamps Mat Systems under a pre-negotiated state contract.

Maruca said the post-and-rail fencing will be installed first, followed by the snow fencing along the dune line. Meanwhile, replenishment work continues in another part of town.

“In the north beaches, we’re about 50 percent done,” said Maruca.