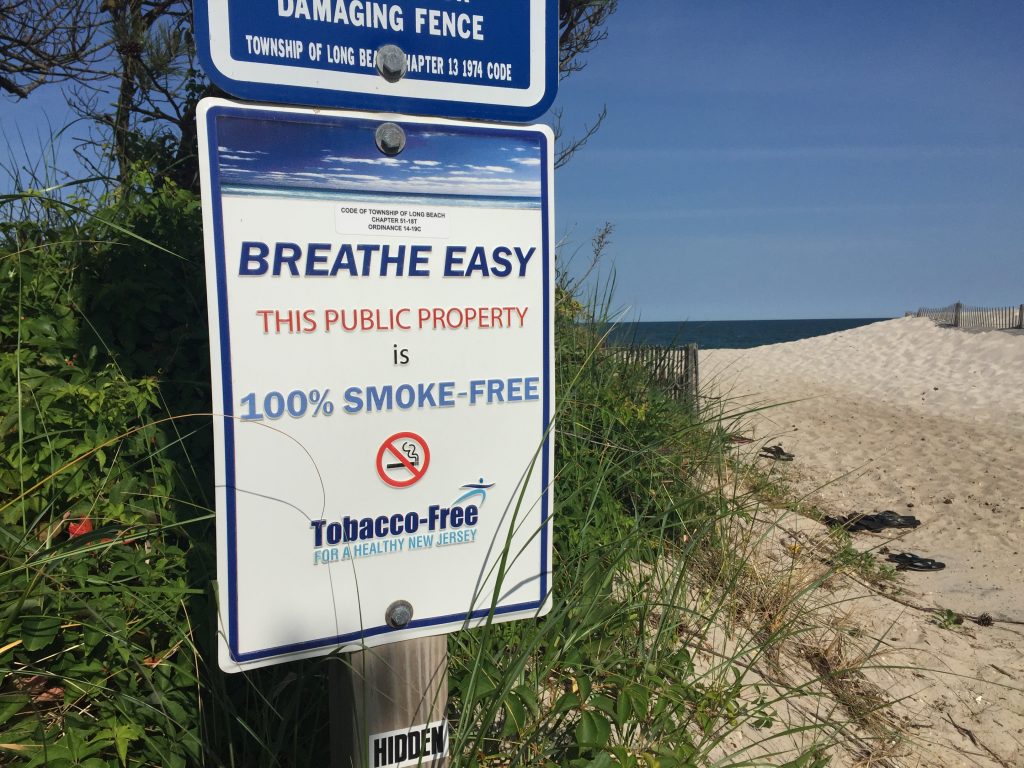 A policy long-desired by environmentalists and many beachgoers, the prohibition of smoking on beaches across the state, was signed into law by Gov. Phil Murphy on Friday.

Murphy, at a signing ceremony on the beach in Long Branch, Monmouth County, cited trash left behind by smokers as well as concerns about secondhand smoke as the reasons behind placing his signature on the bill, which was sponsored by a slew of political heavyweights in the legislature.

“The Jersey Shore has always been one of our state’s – and nation’s – great natural treasures, and a place for families to enjoy,” said Murphy. “Signing this legislation demonstrates my firm commitment to protecting our environment and public health while preserving the quality and cleanliness of our public beaches and park areas.”


The bill also authorizes the Department of Environmental Protection, towns and counties to take measures to educate the public about the smoking ban and levy penalties for violations, which can be $250 for a first offense, $500 for a second offense, and $1,000 for each subsequent offense.

The law will not be in effect in time for the remainder of this year’s beach season; it becomes active in 180 days in accordance with state law. But local ordinances banning smoking on beaches still apply in the mean time.

Murphy’s office said in a statement that exposure to secondhand smoke contributes to the 12,000 New Jerseyans who die each year from tobacco-related illnesses. Furthermore, for years, many beachgoers have complained that their day of fresh air is interrupted by smoke if the wind blows in the right – or wrong, as the case may be – direction. Some people have complained that their asthma and similar conditions are worsened by exposure to smoke at the beach.

Beyond the health concerns, results of the 2017 beach sweep by Clean Ocean Action showed that the litter collected by volunteers last year contained more than 29,000 cigarette butts, more than 1,150 lighters, nearly 1,900 empty cigarette packs and 7,172 cigar tips. Cigarette butts threaten marine wildlife as a choking hazard and are capable of leeching deadly toxins, the administration said.

The majority of Jersey Shore towns have banned smoking on beaches and boardwalks over the past decades, but there have been a few holdouts. Lavallette, after resisting a smoking ban for years, relented last fall and enacted one that went into effect this season. In Surf City, on Long Beach Island, borough council members vehemently refused to support a prohibition for years.

The new law also covers parks and beaches, but not parking lots adjacent to the beaches. It covers all municipal, county and state beaches across New Jersey. Towns can still dedicate 15 percent of their beach area as a designated smoking zone, but they must introduce and pass an ordinance, which includes a public hearing, before doing so.