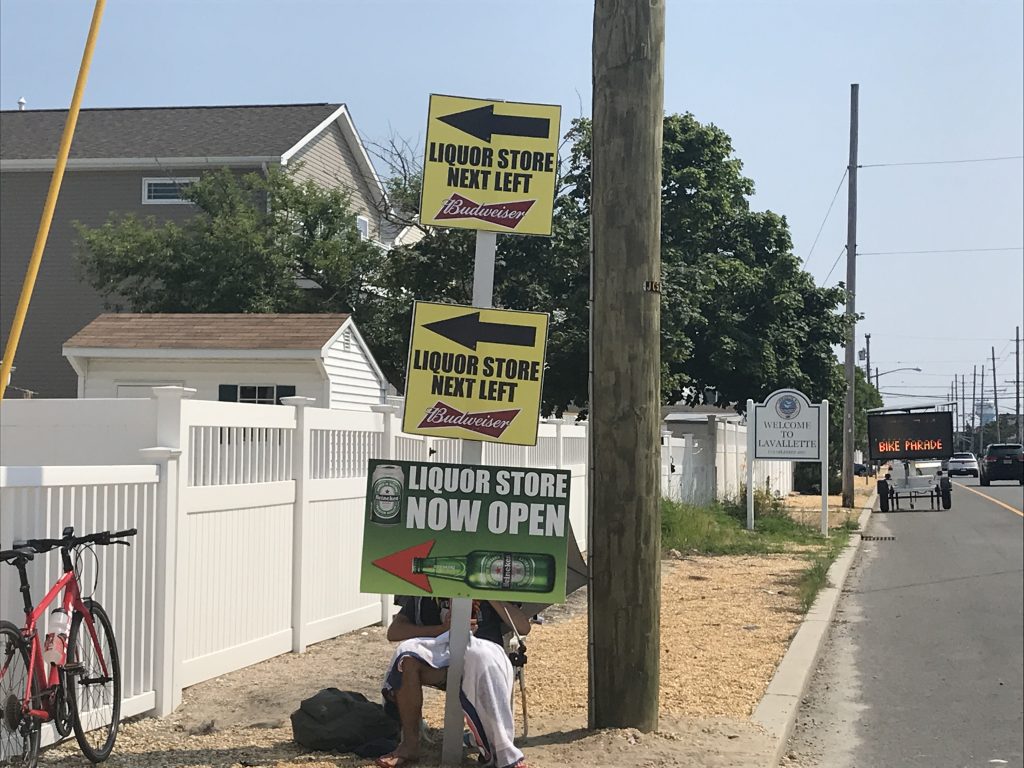 Last month, Lavallette residents and elected officials aired complaints about a liquor store employee who is paid to stand beside a state highway with a sign directing drivers to the store. Now, officials say, the state Department of Transportation is getting involved.

“I am in contact with the state DOT,” said Council President Anita Zalom. “I’ve talked to four people there.”

Some residents have complained that a man holding a sign on the side of the road is not aesthetically appealing and that he is nearly standing in someone’s backyard. But in an interview with Shorebeat, the owner of Lavallette Liquors said the sign is crucial to the success of his business; vacationers from New York and North Jersey see the sign on their way south.


The store owner will most likely receive a fine shortly, according to officials.

“He will be served with a fine because you are not allowed to stand on state property to advertising something,” said Zalom. “There is not even a permit available for that.”

The state owns and has right-of-way access several feet in from the highway. Beyond those few feet, the land is owned by the resident of the home that borders the highway.

Joe Loundy, the store owner, said the business earns the majority of its money during the summer season from tourists.

“If they go past us, they’ll usually just keep going because they know Spirits is down the road,” Loundy said. “Having the sign out there brings a lot of our customers here.”

Philip George, the borough’s attorney, previously cited potential constitutional issues with ousting the sign-holder (“commercial speech” is still protected speech, he said), but acknowledged that advertising is not allowed on state property.

“It has a lot less protection than, say, if you were speaking about politics,” said George. “But it’s still protected.”