Seaside Heights Wants ‘Beachnik’ Organizers to Pay; Point Pleasant Could be Next Location 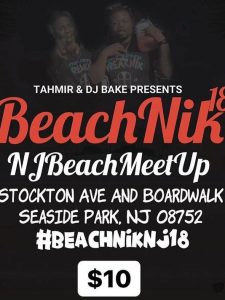 Large gatherings must be approved by the borough council and issues from security to parking must be reviewed by police and code officials. The gathering over the weekend, which some residents likened to a “flash mob,” was promoted online by two people using the names Tahmir and DJ Bake. A digital flyer circulated online said the meetup, called Beachnik – a nod to the Freaknik hip-hop festival in Atlanta, would cost attendees $10. DJ Bake has a clearly-established online presence, while the identity of Tahmir is proving difficult to ascertain.


According to Mayor Anthony Vaz, Seaside Heights officials became aware of the unapproved as it began to unfold, leading organizers to advertise that its location would be changed from Seaside Heights to Funtown Beach in Seaside Park, where BYO alcohol is allowed on the sand due to its private ownership status.

“They were told by our attendants that we don’t allow alcohol on our beach,” said Vaz. “That escalated it, and before you knew it, problems started.”

Some of the approximately 20,000 people who showed up did spill over into Seaside Heights, and at some points rowdy behavior and alcohol-fueled fights erupted. Police from neighboring towns, as well as the Ocean County Sheriff’s Department and New Jersey State Police, came to assist. A state police helicopter was also utilized. Several summonses were issues but there were no major arrests, officials said.

Now that the dust has settled, Vaz said he is interested in holding the organizers responsible for the cost of security and cleanup.

“There may be some action that we can take if we find the culprits who did this,” Vaz said at a borough council meeting Wednesday night. “We paid for all this. Our [law] firm is looking at this.” 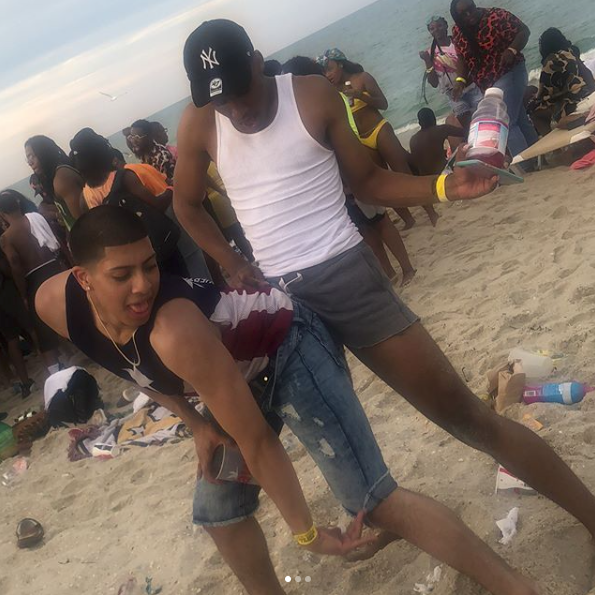 Sunday was a calm day in both towns, police have said. The fracas was an early thorn in the side of Seaside Heights officials, who have spent countless hours planning family-friendly events to the beach and boardwalk, and are in the midst of a redevelopment plan to rebrand the town into a more traditional Shore resort. The council also formally voted to revoke the liquor license of a nightclub at Wednesday’s meeting (see separate story).

If there is a silver lining, it’s that Seaside Heights successfully enforced the ban of alcohol on its beachfront, leading organizers to search for a different location, one elected official said.

“We’re looking to make this town a better, happier, safer place, and we all pulled together this weekend,” said Councilman Michael Carbone.

Sources in law enforcement and local government have said a similar event is being planned July 29 in Point Pleasant Beach. Officials there were not available for comment, but Seaside Heights is now proactively monitoring social media to head off future illegal events before they start.

“We’re going to be more vigilant looking at hashtags on Facebook and elsewhere,” said Vaz.