Fishing Friday: Bluefish, Striped Bass Around, But Fluke on the Uptick 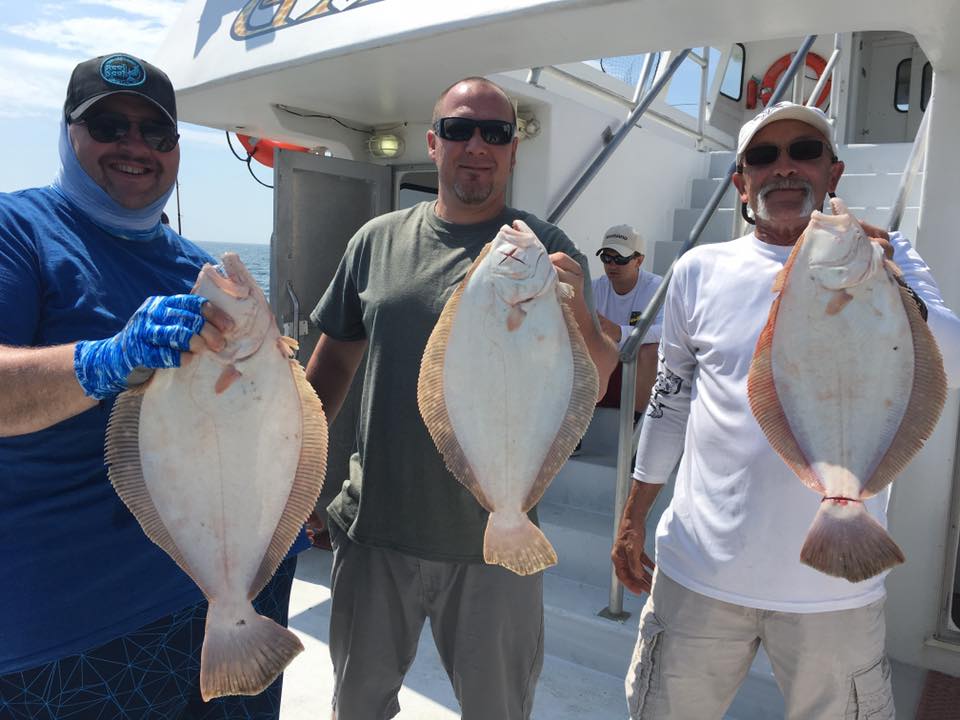 As the 2018 summer flounder season continues to slowly ramp up, Ocean County anglers found plenty of action with striped bass and bluefish this week, especially after a recent spate of rain.

Both bay anglers, surf anglers and those in the ocean say the bluefish bite picked up this week. At Murphy’s Hook House in Toms River, the staff theorized that some recent rainy days pushed some of the bluefish (and stripers) out of the Toms River and into Barnegat Bay. Stripers above 20-inches were reported near the Route 37 bridge on bunker chunks, a report from the shop said.

In the suds: “Scattered short bass and blues hitting clams and bunker chunks off the surf yesterday for the bait and waiters in a few spots,” the report said. “Heard of a few blues hitting artificials from a couple guys moving around.”


While most anglers were focusing on what’s left of the spring bass run, and the fun of tangling with blues on light tackle, some were on the hunt for fluke.

“The surf bite on cut bait yesterday in IBSP was on the uptick for sure,” the staff at The Dock Outfitters in Seaside Heights said. “Fluke fishing in the surf remains good from Lavallette thru IBSP. Bucktails tipped with gulp seem to be the bait of choice for these tasty flatties.”

The shop’s report said the area of the sedge islands behind Island Beach State Park (in the bay) were also producing fluke. There were numerous reports of fluke being caught near the BI and BB buoys in Barnegat Bay, as well as the Oyster Creek and Double Creek channels.

As far as surf fishing, it seemed most reports favored the area from Lavallette to Ortley Beach as far as fluke went.

In the ocean, anglers targeted the usual fluke-sea bass combination, but given current regulations, keepers can be a challenge on bonds ends. But there was plenty of “practice” to keep anglers busy while waiting for a legal fish.

“The last couple mornings were decent enough bites on fluke, with a fair amount of keepers,” a report from The Gambler party boat said. “Seems as though the bait draggers did a little better than the bucktail jiggers. Some sea bass in the mix.”

Tom Miller caught his limit of keeper fluke and won the pool with a 4.5lber. He was using pink gulp.

“Fluke fishing is improving,” a report from the Norma-K fleet said. “When the conditions are right, we see some decent short action with a keeper here and there coming up.  Sea Bass has been helping anglers bringing home dinner as well.  Today, I noticed that anglers bouning green skirts around with squid and spearing had a decent amount of bites. As the water warms up, it will only get better!”