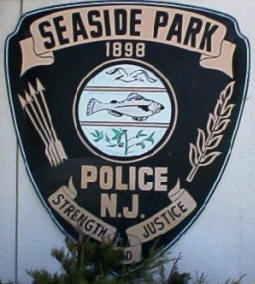 A Seaside Park police sergeant is charged with aggravated assault after an incident in which he allegedly pointed a gun at the head of a police recruit at the borough’s police headquarters.

Sgt. Matthew Brady is charged with “manifesting extreme indifference to human life by pointing his firearm at a fellow officer,” the Ocean County Prosecutor’s Office said.

Brady’s arrest stems from a November 15, 2016 incident during which he allegedly pointed his firearm at the head of Class One Officer Thomas Schiermeyer in a threatening manner while in the Seaside Park Municipal Building. Based upon interviews of several officers present, Brady “removed his firearm from his holster and pointed it at the head of the Officer in response to a question posed to Sgt. Brady,” the prosecutor’s office said in a statement. The incident occurred while the young officers were filling out paperwork to enter the Ocean County Police Academy.


The alleged assault was brought to the attention of the Internal Affairs Unit of the Ocean County Prosecutor’s Office by members of the Seaside Park Police Department. Brady was processed on a summons to answer the charges at a future date.

Brady is currently suspended without pay.