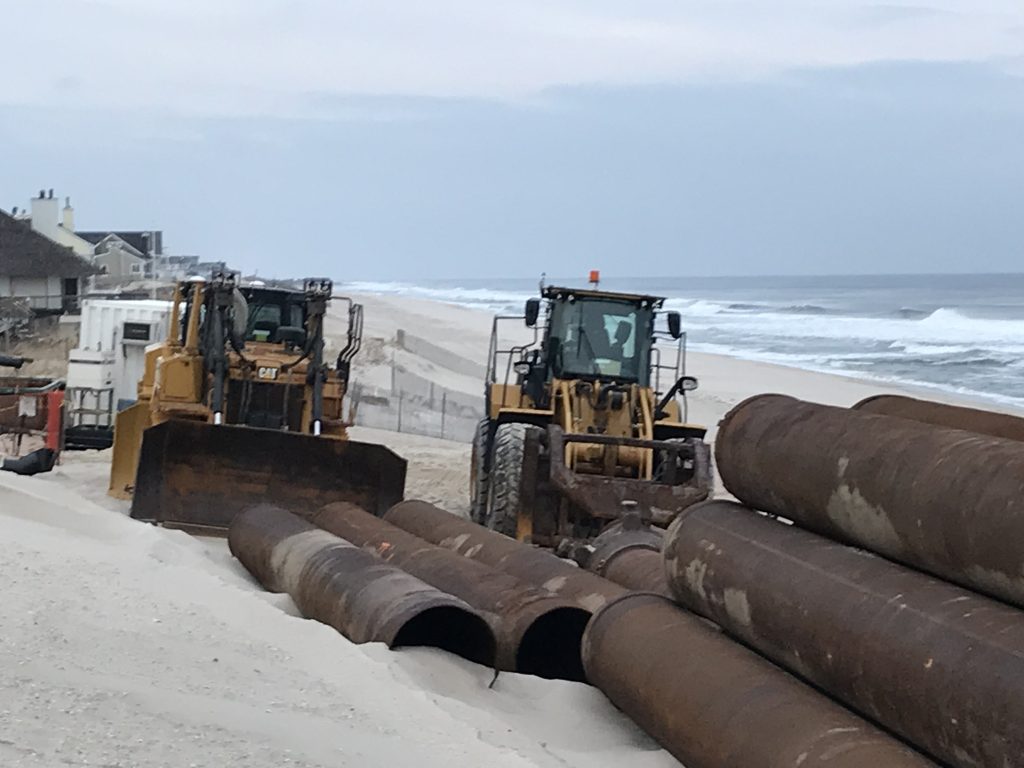 Days of meetings and phone calls have given Seaside Heights officials hope that the borough will avoid having to close its beaches during the busy summer season, but the beach replenishment and dune-building project that could interrupt tourism now has a new schedule that is unknown even to local officials.

Seaside Heights Borough Administrator Christopher Vaz praised officials with the governor’s office and the state Department of Environmental Protection for their assistance in the matter, but the extent to which the federal government will go to avoid Seaside Heights during the summer is yet to be seen. Seaside Heights has requested that the project be completed before the summer season (it was originally scheduled to completed in January and February) or be rescheduled to after Labor Day.

“I had a meeting in Trenton on Monday, and they made it very clear to Seaside Heights that they’re on our team,” Vaz said, of state officials. “They said they knew our concerns and they were going to everything that they can to work with the contractor, and make sure the contractor isn’t here during the summer time.”


Another meeting this week, however, prompted new concerns. It was announced that officials with the U.S. Army Corps of Engineers Philadelphia District, which is overseeing the project, has promulgated a new schedule that has been submitted to the DEP for review.

“The contractor announced that they had submitted to the Army Corps of Engineers a completely new schedule that has major impacts on when and where they’re going to be,” Vaz said. “The folks at the meeting hadn’t seen that proposal.”

Details should emerge after state officials review the documentation.

While most local officials have steadfastly supported the beach replenishment project, they have also expressed concerns over frequent delays. Malfunctions and foul weather have kept dredge boats from operating, the Army Corps has said.

While most towns would not be particularly inconveniced by the project – just 1,000 feet of beach, about two blocks, is closed at a time – Seaside Heights’ boardwalk poses a major issue in that access points to the beach have already been physically removed so the project can move forward. New crossovers that protect the dune line were due to be installed by the contractor after the project was completed. Officials are worried that if the project is not completed before summer, large sections of the borough’s beachfront will have no access.