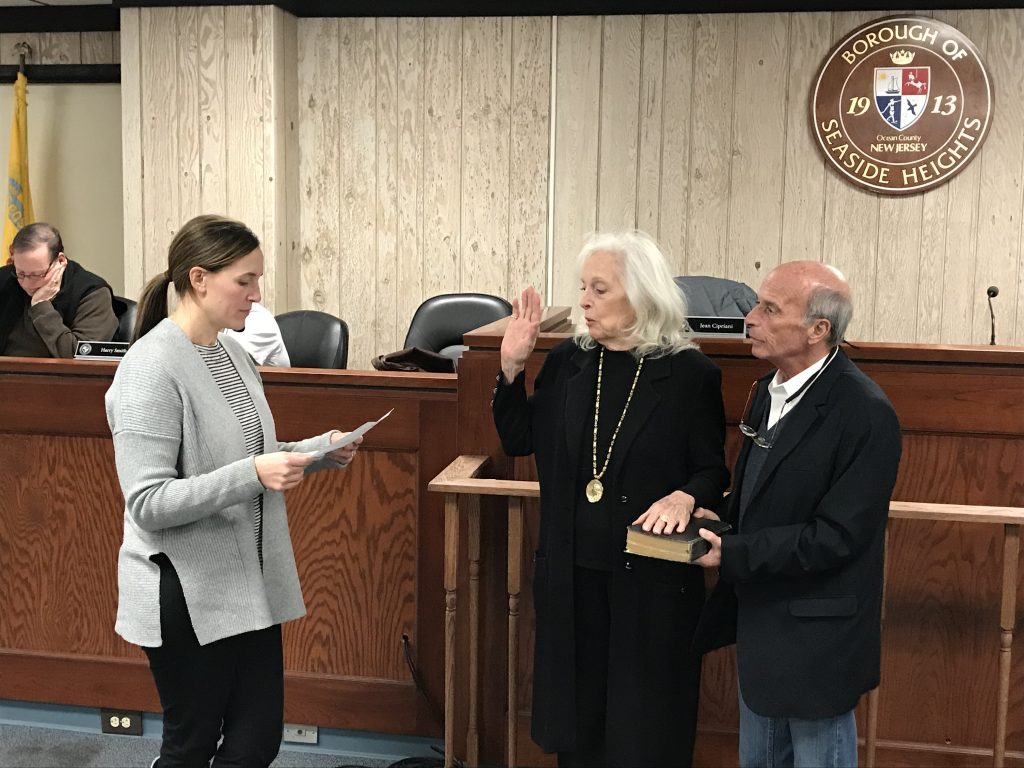 Agnes Polhemus, 85, a lifelong resident of the borough – known to most simply as “Aggie” – had served between 1972 and 1992, then returned to the governing body in 2006. She was elected to a new term in November, but missed the reorganizational meeting earlier this month due to a combination of a broken bone and the flu. Fortunately, she was well enough to take the oath of office this week.

“I just want to say it’s a pleasure to do this job,” said Polhemus, who chairs the beach committee after running several businesses with her late husband, William, who also served as police chief and Ocean County sheriff. “I’ve been here a long time and it’s a pleasure to serve the people of Seaside Heights. The mayor, council, everybody is great to work with, and all of our employees are doing a great job.”


“In the summer, you’re at the beach, you’re always concerned with your community, and we thank you for that,” said Mayor Anthony Vaz.