Little Egg Inlet Will be Dredged for Beach Replenishment Project 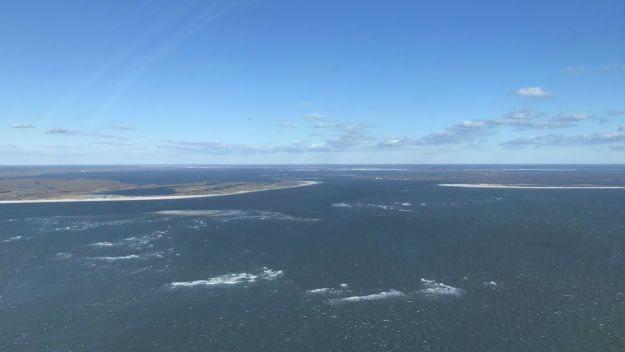 Boaters were handed an early Christmas gift Tuesday, with state officials announcing that Little Egg Inlet, long plagued by shoals and breaking waves, will be dredged with the sand to be used for a beach replenishment project.

The U.S. Army Corps of Engineers previous declined to dredge the inlet because it is not legally considered a “commercial inlet,” unlike Manasquan and Barnegat inlets. But members of the local charter boat and fishing industries said they do, indeed, use the inlet and its foul conditions have been ruining their businesses. Eventually, a group of local and state officials hatched the plan to declare the inlet a donor site for beach replenishment so it could be dredged.

The state Department of Environmental Protection on Monday announced it had awarded an $18.4 million contract for the replenishment of beaches and dunes on southern Long Beach Island using sand dredged from Little Egg Inlet. The project is separate from the ongoing replenishment effort on Ocean County’s northern barrier island.


“This important project will provide additional protections to the southern LBI area by replenishing beaches and dunes that have lost sand due to erosion from storms since completion of a major U.S. Army Corps of Engineers beach fill project last year,” Commissioner Martin said. “At the same time, it will greatly improve boating safety in the heavily used Little Egg Inlet, which has become virtually impassable for most boating traffic due to shoaling.”

The contract – awarded to Oak Brook, Illinois-based Great Lakes Dredge and Dock Company – is designed to dredge 700,000 cubic yards of sand, with an option to dredge an additional 300,000 cubic yards if needed. The DEP is paying for the project using funds from its Shore Protection Program.

One of the widest ocean inlets in New Jersey, Little Egg Inlet is extremely dynamic, with shoals constantly shifting with the seasons. The federally marked waterway has never been dredged.

Instead, the U.S. Coast Guard every year would use buoys to mark the deepest and safest natural route through the inlet. The marked channel in this area has at times extended as far as a mile into the ocean. In many places, the channel had become less than six feet below mean sea level, making navigation very difficult, especially when factoring in the rolling of waves in the ocean.

In March of this year, the Coast Guard pulled buoys marking the channel due to concerns that buildup of sand in the channel had become too severe for safe passage of boats. The Coast Guard warned boaters that use of the inlet would be at their own risk.

The U.S. Army Corps of Engineers recently issued a permit needed to dredge the channel, following an extensive environmental review conducted in partnership with the U.S. Fish and Wildlife Service and DEP. The DEP has also issued required permits.

The DEP has designed the project to have negligible to no impact on the nearby Holgate section of the Forsythe National Wildlife Refuge or migrations of fish, and will work closely with the Fish and Wildlife Service, the National Marine Fisheries Service, the Army Corps of Engineers, and the DEP’s Division of Land Use Regulation and Division of Fish and Wildlife to ensure protection of natural resources.