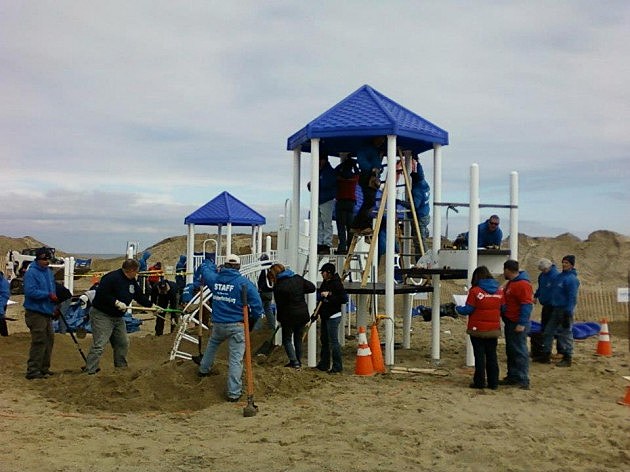 A group that began building playgrounds in the name of children who died in the Sandy Hook school shooting has proposed its latest project in Lavallette, to be named for a young man who was killed by a suspected home-grown terrorist who is about to go on trial.

The group Where Angels Play has proposed a playground named after Brendan Tevlin, the 19-year-old college student who was murdered after allegedly being carjacked by Muhammad Brown, a Seattle man who came to New Jersey after investigators say he took up radical Islamic beliefs.


“The idea is to keep these children, police officers and firefighters, who left too soon, here with us,” said Bill Lavin, of Where Angels Play, sponsored by the state Firefighters Mutual Benevolent Association.

Council President Anita Zalom said she favors a site in the northern part of the town. Mayor Walter LaCicero said the borough council will choose the site in the coming months.

Lavin said his group would build outside the usual tourist season.

“We’re going to kick it around a little longer, and I think by the time you’re ready, we’ll have a place mapped out for you,” LaCicero told Lavin.

The group previously built Chase’s Place, a playground in Normandy Beach, named for Chase Kowalski, one of the Sandy Hook shooting victims.