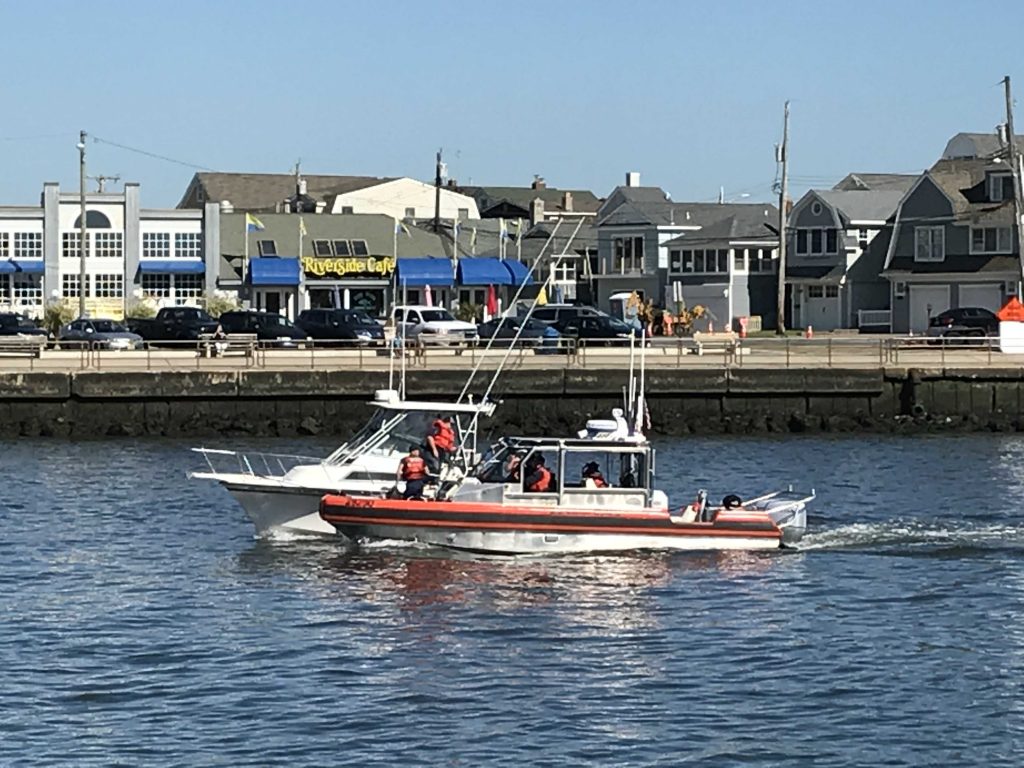 The Coast Guard sent a post-holiday-weekend reminder to anglers on Monday: don’t fish for striped bass beyond the three-mile mark in the ocean, or face a fine.

The USCG’s fifth district, which covers New Jersey, told reporters Monday that they are urging anglers to heed the limit – and most importantly, get educated about it.

“Some anglers might not know this, but between three to 200 miles offshore, in an area called the Exclusive Economic Zone, or EEZ, there is a regulation in place to protect striped bass, to allow them to grow and prevent overfishing” said Lt. Matthew Kahley, an officer who deals with fisheries enforcement at Coast Guard Sector Delaware Bay in Philadelphia.


The water between the beach and the three mile limit falls under the jurisdiction of state fisheries managers. In New Jersey, the legal limit on striped bass in this are one fish, per angler, per day larger than 28 inches, and one fish larger than 43 inches.

“The Exclusive Economic Zone has been closed to the harvest and possession of striped bass since 1990, with the exception of a defined route to and from Block Island, where possession is permitted,” said Kate Brogan, a spokesperson for NOAA, which regulates and enforces the limit alongside the Coast Gyard. “NOAA Fisheries works closely with the Atlantic coastal states and the Atlantic States Marine Fisheries Commission to sustainably manage this important coastwide fishery.”

The regulations were put in place after striped bass populations struggled under fishing pressure. Commercial fishing for striped bass in New Jersey remains illegal even within the three mile zone.

The best way to remain in the limit is to mark the distance on nautical charts – whether the old paper version or a modern version on a GPS-enabled chartplotter computer that most anglers install in their boats’ dashboards. The fine for fishing beyond the three mile limit is $500 per fish.

“Protecting marine resources has long been a Coast Guard mission, and we have Coast Guard members out actively patrolling and enforcing these rules,” said Kahley. “If we find someone who is fishing for Striped Bass in the prohibited area, they should expect to receive a violation.”