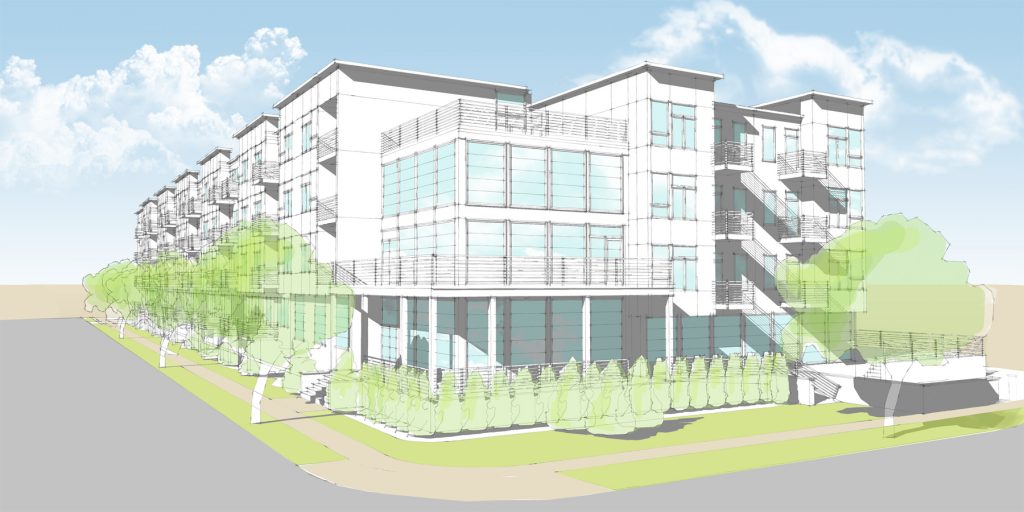 After a summer of cleanup following a massive demolition project involving several Bay Avenue buildings, construction work began this week on the future of the plot of land left behind: a 91-unit senior citizen apartment complex that will be known as “Cornerstone at Seaside.”

The former Village Inn (also known as the Travel Inn and Travelodge) made up the bulk of the site and was demolished over the summer. The Seaside Lumber site, which was sold to developer Walters Group, was also sacrificed for the project. The site is located at the corner of Bay Boulevard and Hamilton Avenue. 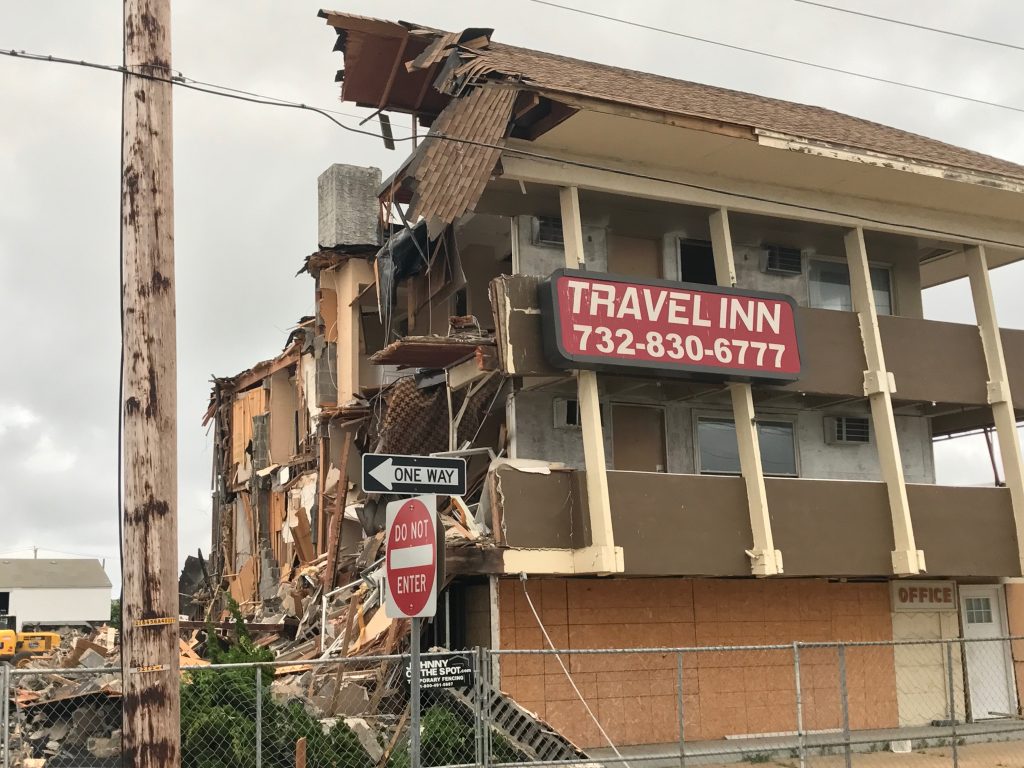 The project has been hailed as a victory in Seaside Heights’ officials’ quest to improve the borough’s image. The Travel Inn motel was often associated with crime and police activity. In its place will stand a state-of-the-art apartment complex, which will be both age and income restricted, and owned by Walters Group.

Demolition had begun in March of this year and ramped up during the summer. Cornerstone at Seaside is slated for completion by November 2018. The 91-unit housing community will offer “high-end apartments in one- and two-bedroom layouts,” a statement from Walters Group said. “The income-restricted units will be open to older adults who do not make more than 60 percent of the county’s median income.”

“Cornerstone at Seaside will address local housing needs by providing high-quality apartments with numerous services and amenities for older adults who are cost burdened,” said Ed Walters, Jr., president and founder of Walters Group. “This development will allow residents to age in a safe, affordable and well-built home.”

Walters operates similar apartment complexes in Lacey and Barnegat townships, and will soon unveil its “Cornerstone” development in Toms River.