Is An Island Town the Pot Arrest Capital of N.J.?

An island town has the highest arrest rate for marijuana-related offenses in New Jersey, a recent report said, however the local police chief explained to Shorebeat that seasonal population changes skewed the statistics… 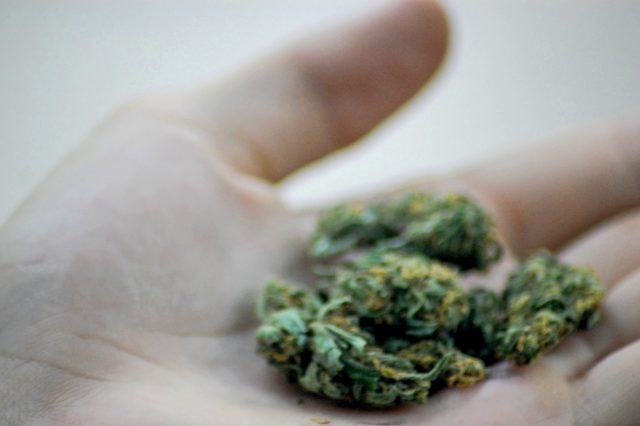 An island town has the highest arrest rate for marijuana-related offenses in New Jersey, a recent report said, however the local police chief explained to Shorebeat that seasonal population changes skewed the statistics.

According to a report issued by the American Civil Liberties Union last month, Seaside Park has a marijuana arrest ratio of 5,028 per 100,000, more than 29 percent higher than the numbers two town – Chester, in Morris County – and significantly higher than any other Shore community. Ship Bottom, on Long Beach Island, was third on the list, at 2,804 arrests per 100,000 residents.

“We’re not doing anything in particular to target this,” said Seaside Park Police Chief Francis Larkin, who went on the say that the borough’s tendency to balloon in population during the summer months heightens the ratio.


“We have significant increase in population during a portion of the year,” he said.

The ACLU study largely focused its study on the racial makeup of the average suspect arrested for marijuana possession in the state, though that data was not filtered down to the municipal level. The report took into account only those towns with at least 30 arrests in 2013, the year from which the data was derived.

The ACLU partnered with New Jersey United for Marijuana Reform, a group that lobbies for the legalization and taxation of the substance, to form the report.

Most island towns were, indeed, higher than the average arrest rate county-wide. In Ocean County as a whole, the ratio of arrests was 218 per 100,000 residents. Statistics for Brick and Toms River were not broken down reflect island versus mainland totals.

In Ocean County, the report said, blacks were arrested at a rate 5.53 times higher than whites for marijuana possession, making it the county with the highest racial arrest disparity in New Jersey.

In May, a bill was introduced in the state Senate to legalize and tax the substance, which remains illegal on the federal level. Gov. Chris Christie has consistently spoken out against legalization, while Phil Murphy, the Democratic nominee to succeed Christie, has come out in favor of it. Lt. Gov. Kim Guadagno, the Republican nominee, has said marijuana should be “decriminalized” but stopped short of supporting outright legalization.