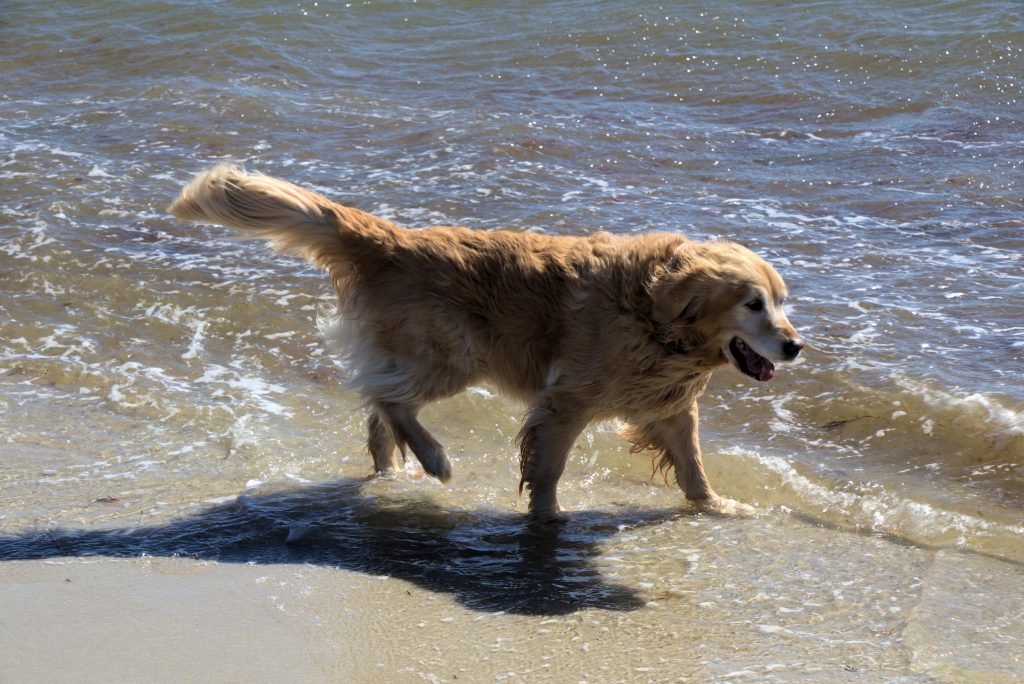 A dog playing on the beach. (Credit: Kevin Rutherford)

Seaside Park Councilwoman Gail Coleman had heard from residents who wondered if allowing dogs on the beach in the off-season was possible.

The council discussed the possibility at its workshop meeting, but after sharing anecdotes, a report on enforcement from the police chief, questions of liability, the wording on signs and in an ordinance and other considerations, it decided to take the debate back to a subcommittee for further discussion.

The council’s workshop meeting informally discussed the idea of if to change its current no-dogs policy for the beach and boardwalk.


Between the mayor, council members and police chief, the discussion broached a number of possible changes — allowing dogs in the off-season, leashed versus unleashed, what penalties would be needed, the difference between allowing boardwalk versus beach, and even signage.

The opinions and ideas were varied, and toward the end of the discussion, Councilwoman Faith Liguori asked if the council members could each weigh in on if they simply thought dogs on the beach was a good idea in any situation, and then work from there. A straw vote on that was not taken, after Councilman Fritz McHugh, a veterinarian by trade, said his opinion was contingent on the particulars.

“We shared a lot of experiences and opinions on this subject tonight,” Mayor Robert W. Matthies said. “How about we put it back to the folks on the committee to research this further and get some ideas down in writing.”

After that, whatever ordinance is drafted would come back to the council for discussion.

Discussion before that included comments on how many people currently bring their dogs on the boardwalk and beach during the off-season already.

Chief Francis Larkin said the current enforcement protocol has officers on the beach, often on quads, approaching folks who have dogs on the beach, and alerting them to the policies.

“Some weeks we have 30, other times 40,” Larkin said. At the first citing, police take the name and the contact info of that dog owner, to compare against a list the police use of folks they’ve approached once before, “so we know if this is their first time or if it means a warning or a summons,” Larkin said.

With this system, there hasn’t been many repeat offenders, Larkin said. However, “people already come from all over to use our beach and boardwalk in the off-season, with their dogs,” said the police chief.

The discussion item, according to the workshop agenda, was also supposed to broach the topic of whether to have a bayside dog park in Seaside Park, but the council members agreed to proceed to the remaining agenda items without discussing that topic.