For Mattia Builders, An American Dream Became a Family Business 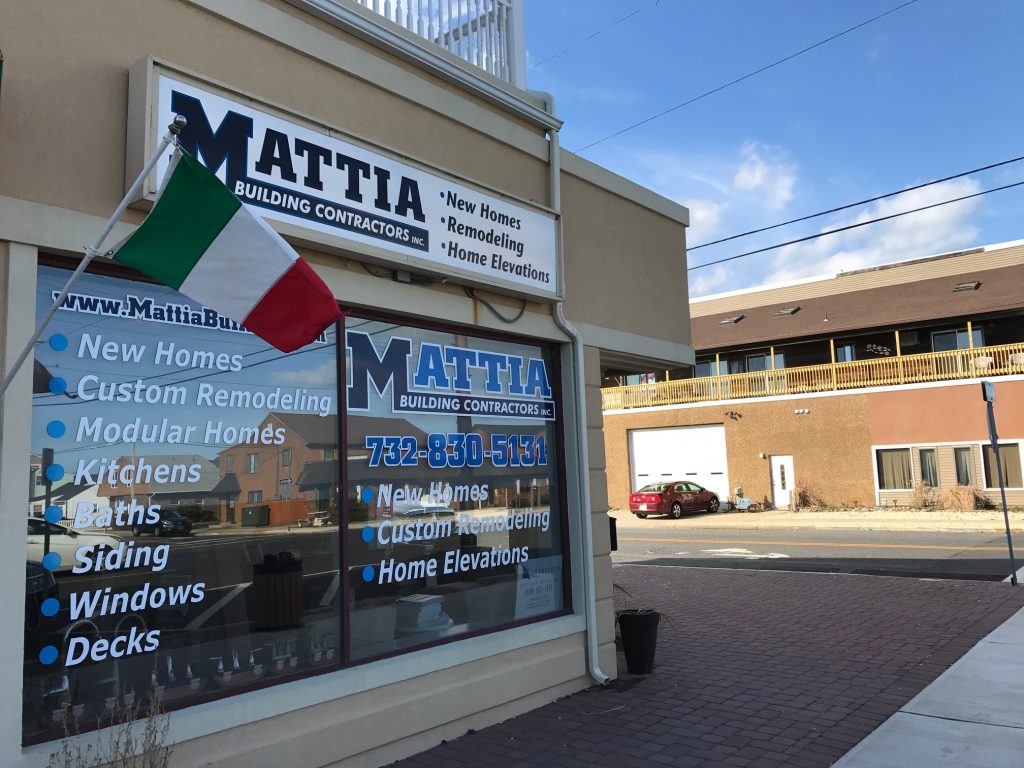 Sal Mattia and a friend came to Lavallette in 1971 with a dream: building houses down the Shore.

More than four decades later, the dream continues, and what was once a small startup operation by out-of-towners has turned into one of the most trusted homebuilders on Ocean County’s norther barrier island. Mattia Builders, now run by Sal Mattia and his daughter, Gina, is the kind of business that turns customers into friends, and has solidified itself as an island institution – a company customers can trust in the post-Sandy era of uncertainty when it comes to contracting work.

“The first house I built in 1971 I sold to somebody, and 40 years later they came in my office here in Lavallette,” Sal Mattia said. “I didn’t recognize them, but they knew who we were, and we built them a new summer house. Meanwhile, the family is still in the first house.”


That’s how the company has thrived over 40 years. Customers often stop in to say hello – there are always fresh cookies out at the front desk for visitors – and the homes the company has built have been the foundations on which families have made unforgettable memories.

“We’re building houses for people’s kids who grew up in the houses we built,” Sal Mattia said.

“For a lot of people, their lives may change – their jobs, where they live elsewhere – but the summer house is the family bond,” said Gina Mattia. “It’s always the place they come back to year after year, and it gets bigger as the family grows.” 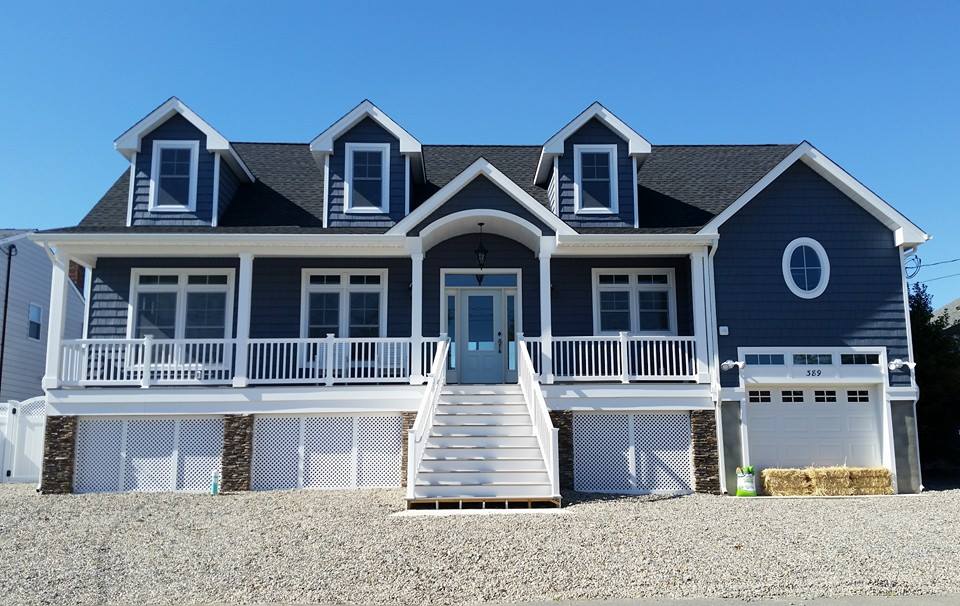 The company prides itself on its relationships with customers as well as staff members. Most employees have been with the company 15 years or more, and the project manager has been on the job for 30 years. Sal Mattia personally oversees every job.

“We have such a tight-knit team of professionals,” said Gina Mattia. “It’s such a well-oiled machine and there are no delays. We know what the towns expect, we’re on top of it and we have staff members completely committed to that.”

Building homes on the island has changed a lot in 40 years. The favored remodeling of a Cape Cod – a dormer or an extended back wall for more bedroom space – has given way to larger, raised homes to meet current flood codes. It’s been an adjustment, but one customers are finally getting used to – and even embracing. 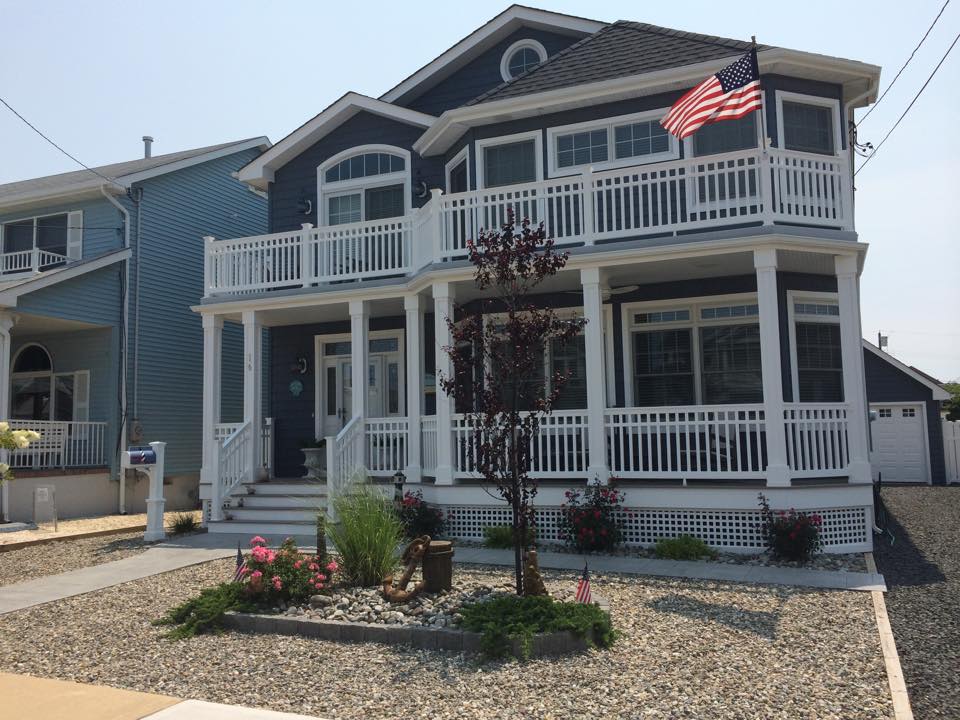 “At first they resisted, but then people realize they can have an elevator, and they can store their cars and boats underneath the house,” said Gina Mattia.

And while the company has embraced new technology, the latest designs and building techniques, what has remained the same are the relationships, as well as the knowledge by the Mattia family of just how important their homes are to those who will live in them.

“When somebody builds a house, it’s probably the most important thing they ever do, besides having their children,” said Sal Mattia. “We have a lot of situations where a property has been in the family for a long time. You’ll have brothers and sisters, parents and their children coming in, and they do this together. The Shore house is such an important part of their family.” 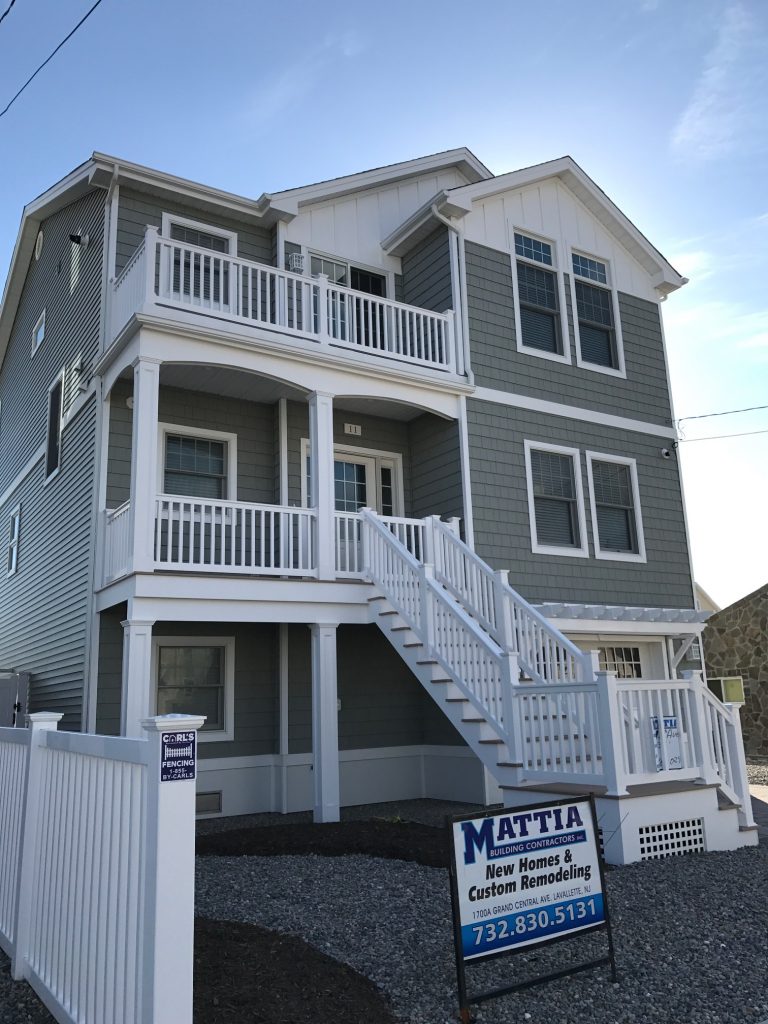 Lately, there has also been influx of new residents who vacationed in the area and want to make the island a year-round home.

“Families have grown, they have connections to the area, and a lot of people want to be here permanently – part of the community rather than just coming here on vacation,” said Gina Mattia, pointing to the friendly and welcoming atmosphere on the island.

Mattia Builders is one of the island’s most prestigious home builders, but the owners say that does not translate into unaffordable pricing.

“Some people think that just because of our operation, we’re expensive, but when they come in here we price out the job very competitively,” said Sal Mattia.

The company also stands by its work – Sal Mattia said he’s returned to do minor repairs three or four years after a home is completed.

“All of our customers stay friends with us,” said Sal Mattia. “A lot of times they’ll just stop in and say hello.”

The company has a number of jobs in the pipeline, but is still taking work – “we never stop,” Gina Mattia said. For those looking to build a home, the spring is one of the best times to begin the process of planning a project.

“We can roll along nice and smoothly, and nobody has to miss their summer,” she said.