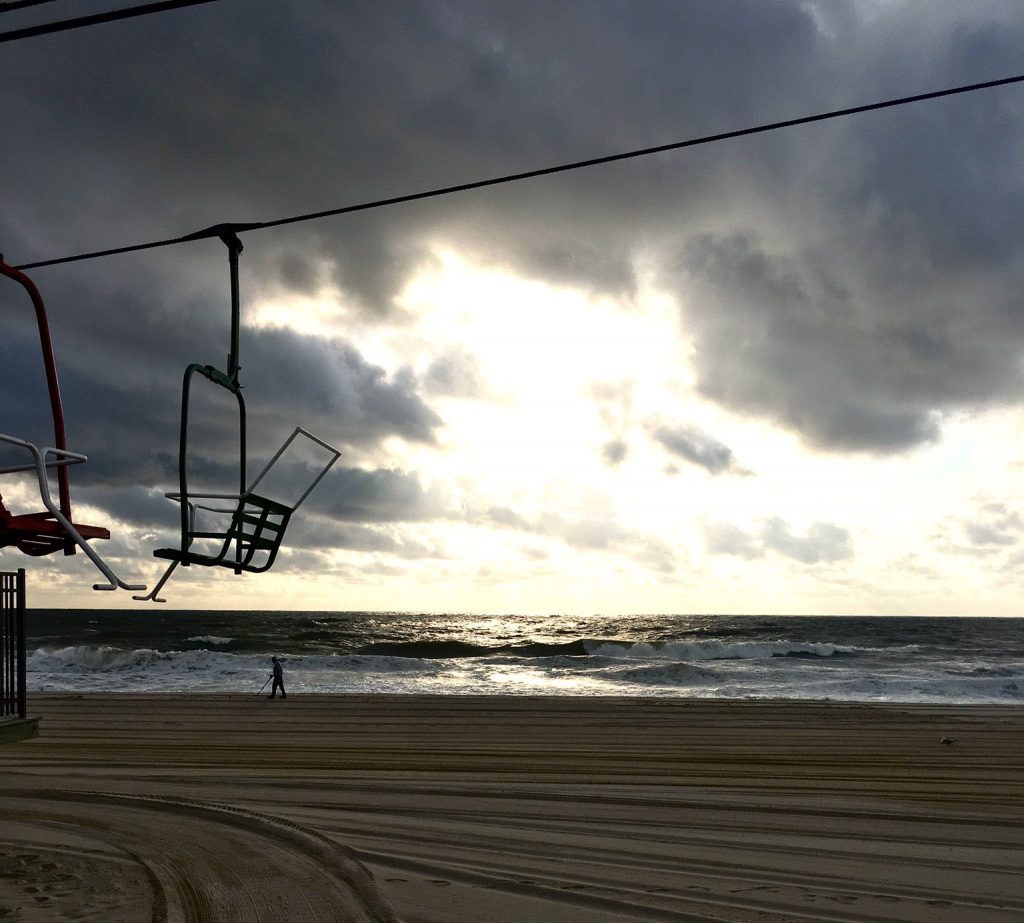 The Shore area has avoided what could have been the worst storm since Superstorm Sandy ravaged the region in 2012, however forecasters say rough surf and the risk of flooding remain as Tropical Storm Hermine passes offshore.

Overnight, the storm took a turn to the east, moving safely offshore and sparing New Jersey from inundating rains, high winds and a dangerous storm surge.

Dan Skeldon, a meteorologist for The Press of Atlantic City, said in a social media post that flooding is still a threat, but the latest forecast has the risk of major flooding subsiding as the storm passes.


“Only minor to moderate flooding now expected at most,” he said.

Beach erosion is also an issue that will continue. The makeshift dune in Ortley Beach has been damaged, with ocean waves enveloping the sand. No damage was reported in Seaside Heights.