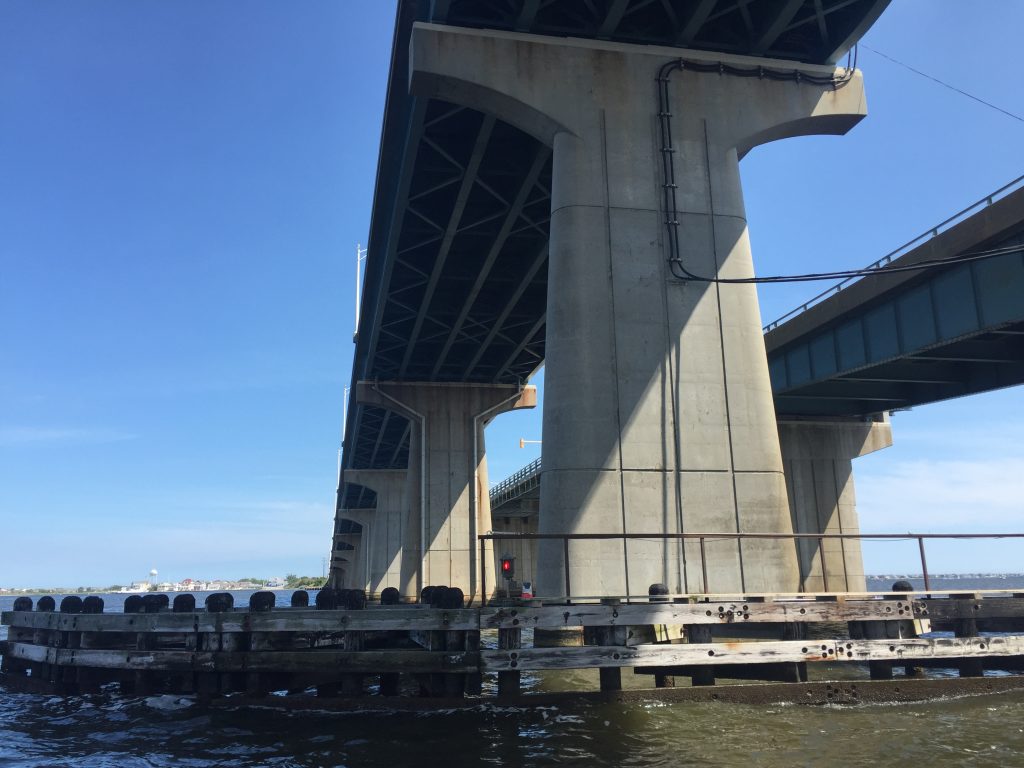 The state Department of Transportation will resume a closure of the Thomas A. Mathis bridge, which carries traffic eastbound from Toms River to Seaside Heights, in November, officials said.

The Mathis drawbridge, built in 1950, is undergoing a significant rehabilitation project. The Tunney bridge, completed in 1972, is a fixed-span bridge that does not open for boat traffic.


This summer, the Mathis bridge became the object of criticism after a barricade affixed to the span failed after the bridge opened on several occasions, causing traffic backups. As the span is rehabilitated, the drawbridge will not open for marine traffic. Bridge openings will not be available from Dec. 1, 2016 through March 30, 2017.

The Mathis bridge will reopen to vehicular traffic April 30, 2017.

The Mathis Bridge deck width will be improved to provide three ten-foot wide lanes. According to state officials, the middle lane of the bridge is currently 10 feet wide, but the two outer lanes are only nine feet wide. Existing pedestrian access on the north sidewalk of Tunney Bridge will not be changed during the temporary traffic shift, the DOT said. [/box]