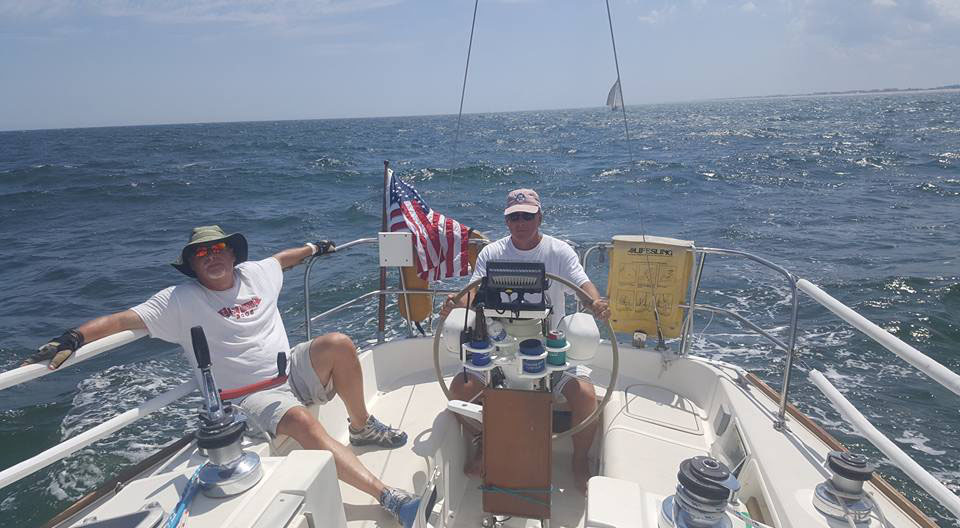 In all, 15 sailboats from the Metedeconk River Yacht Club raced from the starting line just off of Jenkinson’s Beach, threaded the gate near Brick Beach III and rounded the mark located at the resting spot of the JetStar Roller coaster, and retuned through the gate and to the finish, all under thrilling conditions.

The wind was light at the beginning creating a difficult task for the boats as they bobbed at the starting line. But the breeze stiffened from the south as the sailors headed towards the old Thunderbird Hotel. By the time the leaders were half way down the course, the wind was blowing in the low teens and the boats were moving. As they reach Seaside Heights and turned to return to the finish line and the Manasquan Inlet, gusts of 20 miles per hour or more were registered and the boats were all “wing to wing” as the following wind carried them home. Spinnakers were flying and the colorful array was easy to see from shore the entire ride back. 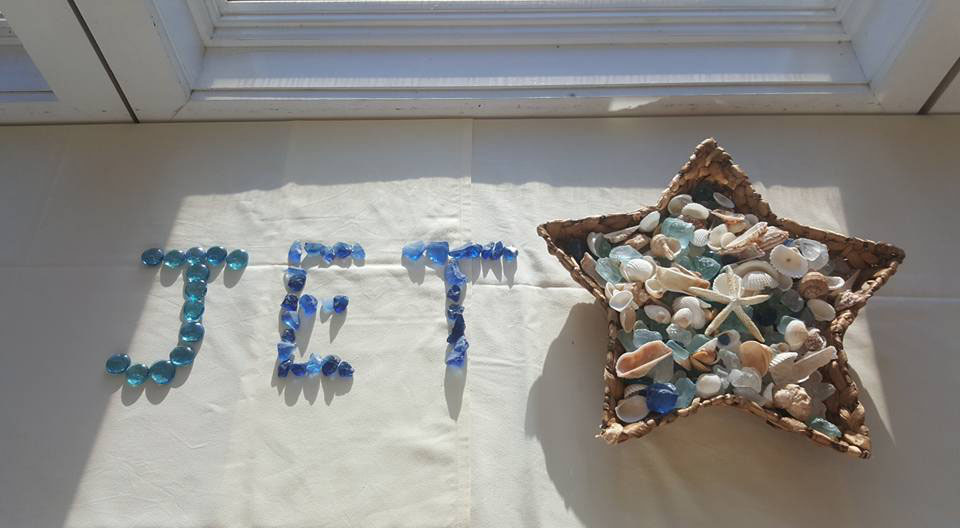 The first across the line and winning the Spinnaker Division was David Alldian in his Sabre 362 Cymothoe, completing the almost 17 mile course in 3 hours and 15 minutes. Allan Ruiter steered Pedro Escadon’s Sabre 34 Sugaree to first place in the Sabre Division. Mark Connell’s Pearson 33 Sojourner won the Non-Spinnaker Division.

The Principal Race Officer (PRO) Dave Ruiter called the race a perfect day. He was the recipient of the first Jet “Star” Award for his invaluable dedication to the event by serving as the PRO for three of the last four years. In accepting the award, he commented, “I can’t wait until I can race in the JetStar.” 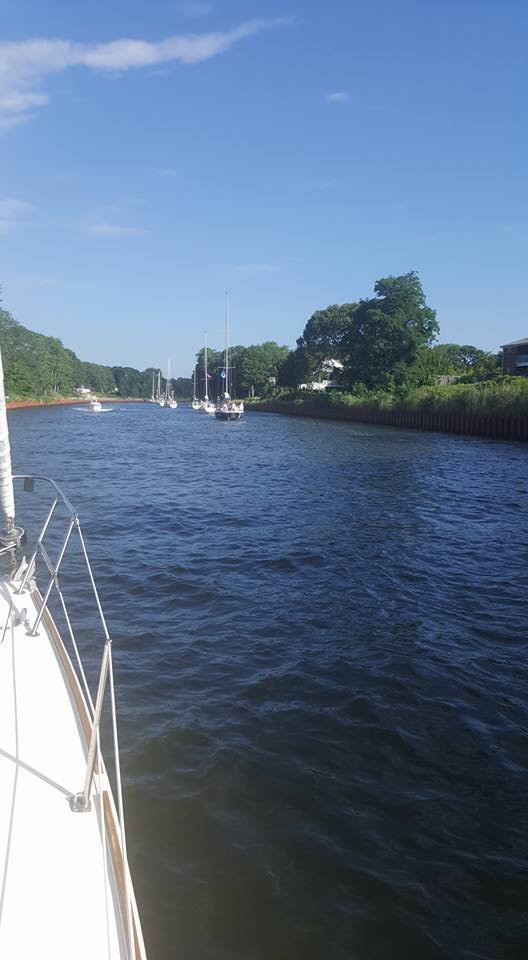 The JetStar Regatta was founded soon after Superstorm Sandy to both pay respect to the communities of the barrier island and demonstrate the resilience of the Jersey Shore sailing community. The tradition continued as a raffle was conducted at the awards dinner with valuable prizes donated by Gill Sailing Equipment, Cedar Creek Sailing Center/Marina, Windward Tavern, US Sailing, Lemon & Lime, Annapolis Performance Sailing, Local Smoke BBQ, Plethora Boutique, and Reels at Pier 28. All proceeds of the raffle are donated to the Visitation Relief Center in Brick in an effort to help in the continuing relief effort.