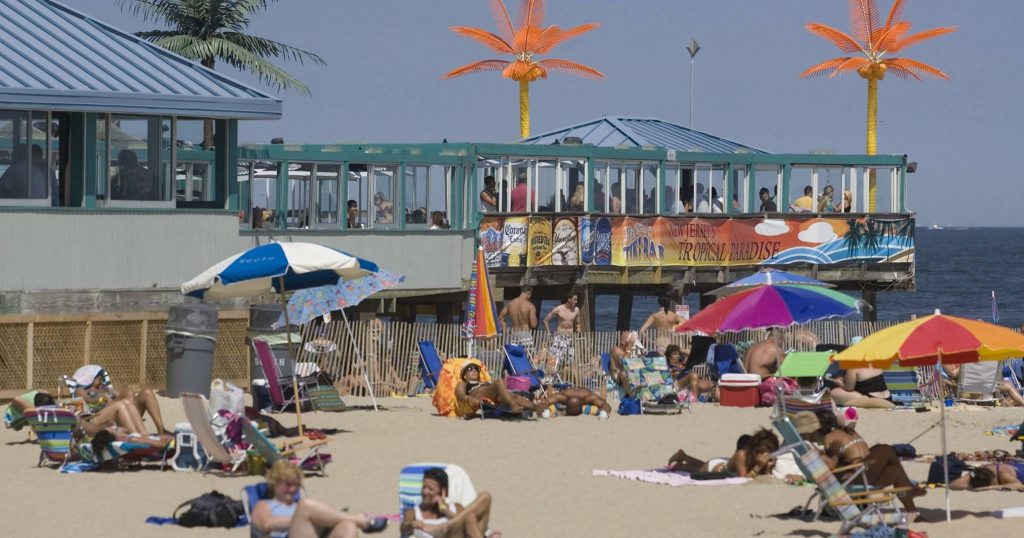 Customers of Martell’s Tiki Bar, on the sand in Point Pleasant Beach, will have some new rules to follow this season.

The restaurant and outdoor pier and beach bar released its new policies online Friday, outlining detailed rules related to the attire of its guests, and a strict ID policy at the door.

Martell’s, in recent years, has faced pressure over its alcohol serving policies in recent years following an incident that occurred Aug. 16, 2013 during which a woman consumed alcohol, took a car that did not belong to her from a parking lot owned by the establishment, and drove the wrong way on Route 18. A resulting accident killed the woman, Ashley Chieco, 26, and seriously injured the other driver, Dana Corrar of Old Bridge.


Following the incident, the state suspended Martell’s liquor license for a month and fined the establishment $250,000. The bar settled a civil lawsuit filed by Corrar, as well as Chieco’s estate, in 2015. The lawsuit alleged Chieco was overserved at the bar, and was able to gain access to a vehicle since Martell’s staff had left the keys in its ignition.

The bar’s new ID policy sets forth numerous rules, including the requirement for anyone under 25 to present two forms of identification. Primary identification can be a driver’s license, passport or military ID, and secondary ID can be a credit card or a New Jersey boater’s license with photo. The rules state that anyone visibly intoxicated will be denied entry, anyone who is believed to have recently been involved in a fight will be denied entry, and even if a person has all of the required identification, the person working the door can deny them entry out of their own discretion if they question its validity.

The dress code is extensive: hats must face forward, shirts are required after 7 p.m., and no shirts considered offensive by management are allowed. Additionally, no “excessively low” or baggy pants are allowed, and no pants that show one’s undergarments are allowed. Footwear is required after 7 p.m., no one wearing beach attire will be allowed to enter after 5 p.m., and anyone already at the establishment wearing beachwear will be asked to change at 7 p.m. No thongs are allowed, nor are videos cameras, and customers will have to leave their beach balls and motorcycle helmets at home.

The rules stirred debate on the bar’s Facebook page Friday after it was announced.

“I have no problem with this,” posted Dania Fowlkes. “I go there to have a nice time, relax and socialize and there is nothing wrong with a dress code to ensure an environment is safe, appropriate and enjoyable.”

“Although none of this affects me personally, these lists are absolutely discriminatory and ridiculous,” said Crys Signer.

The new rules are in effect for the remainder of the summer.