Boaters, Teens Warned of Hazards at Bridge in Lavallette 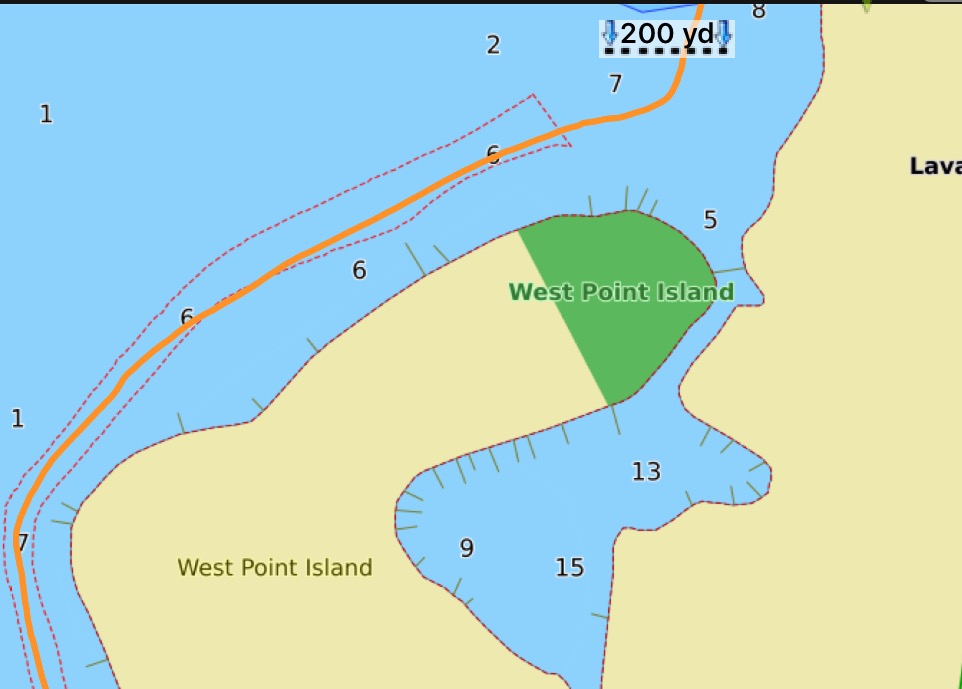 A nautical chart showing the area of the West Point Island bridge in Lavallette. (File)

Boaters are facing a potential navigational hazard at the West Point Island bridge in Lavallette, officials say, and the cause could – at least partially – be what would otherwise by harmless fun.
Two issues are posing hazards for boaters: the depth of the channel, and the presence of rocks in the water that can be hit by boat propellers. Mayor Walter LaCicero said his own engine hit a rock under the bridge last weekend.

The channel under the bridge has become a popular area for young people to hang out, jump into the water and, occasionally, throw pieces of a county-installed rock revetment into the bay. Because the depth has become so shallow – the channel hasn’t been dredged since before Superstorm Sandy – the rocks pose a hazard above and beyond the already shallow water.

“Boats go through that channel, and if there are rocks down there, you’re going to ruin somebody’s boat,” said Councilwoman Joanne Filippone. “That’s not the intent – they’re trying to have a good time – but I don’t want anybody to get hurt and I don’t want anyone’s property to be damaged.”


Additionally, with the depth of the channel being shallower than ever before, jumping into the water from the bridge deck comes with its own danger.

LaCicero said before Sandy struck, the borough dredged the small channel every other year. After the storm, ironically, the channel’s depth had grown and dredging wasn’t performed. But now, he said, the channel has begun to fill in with sand.

“The wind fills it right in,” LaCicero said.

Officials agreed that a new round of dredging is necessary. One option, said LaCicero, is to contract with Ocean County, which owns a dredge boat, to clear the channel out. Council President Anita Zalom suggested borough officials reach out to the county to see if the channel could be dredged while maintenance on an outfall pipe is being completed in the fall. Otherwise, an agreement could be put into place for the dredge work to be done by next boating season.

Borough Administrator Robert O. Bennett said he would get in touch with county officials.