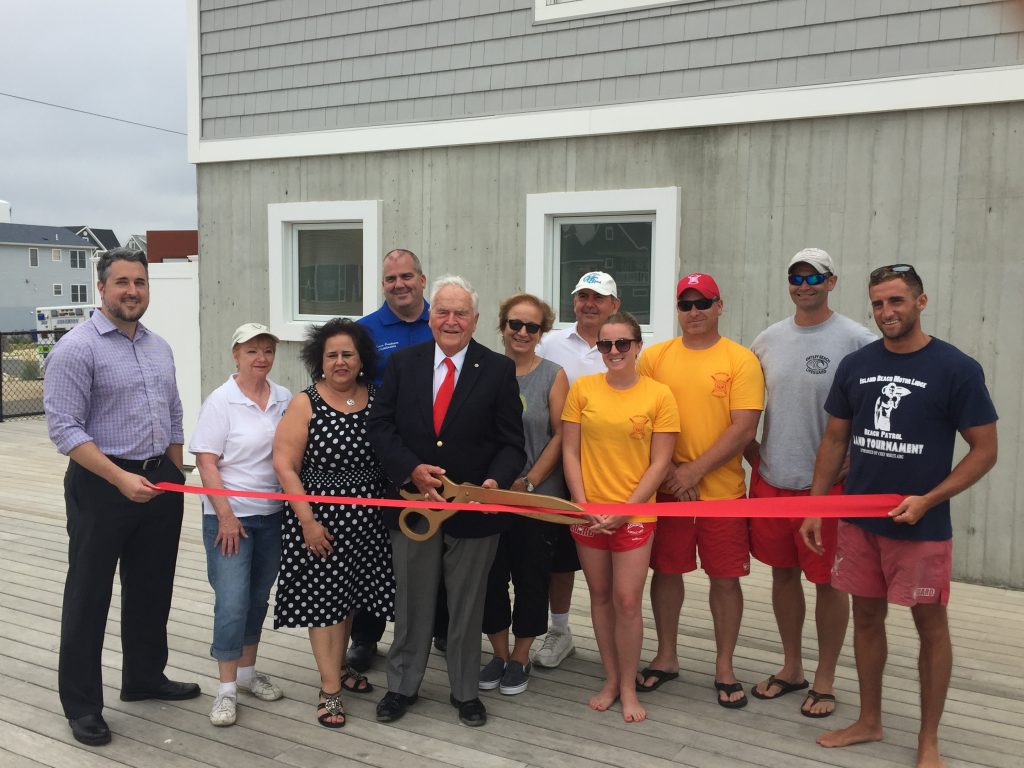 After Superstorm Sandy struck in 2012, the Block House lifeguard building on Ortley Beach’s oceanfront was not only destroyed, but literally torn to shreds.

Mayor Thomas Kelaher said he recalls, in the wake of Sandy, seeing chunks of the building – located between 9th and Fielder avenues – in the middle of surrounding streets, with only two piles remaining in place where it once stood.


“Weeks later, they found part of the roof of the building on top of the Chinese restaurant on Route 35,” said Kelaher. 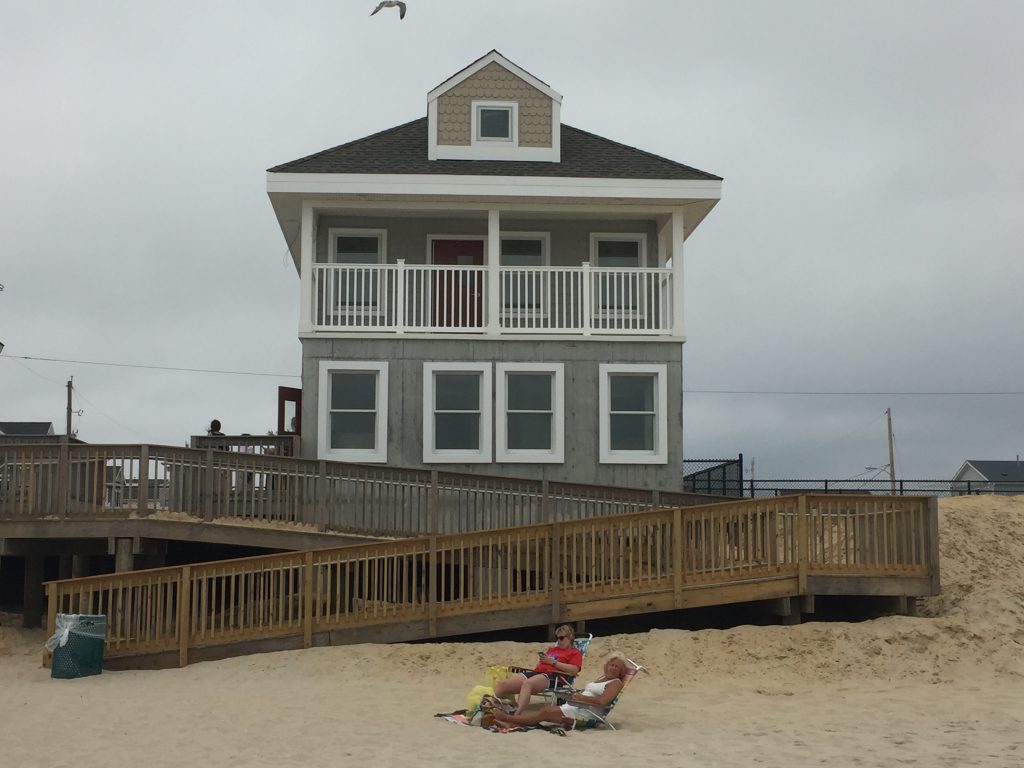 Finally, nearly four years after Sandy made landfall, township officials cut the ribbon on the newly-built Block House Friday afternoon, one day before lifeguards resume full-time duty for the season.

“We built this building similar to how we built the Lord House,” Ortley Beach’s other lifeguard building, said Chankalian. “This building has wood piles that go both vertically and on an angle, so if the soil were to be washed away again, it can support it.”

The building was constructed to withstand a hit from a large object, such as a car or boat, hitting it during a storm surge event. The sides of the building – though they aesthetically appear to be sided – are actually made with eight inch thick concrete, said Chankalian, with another concrete pier supporting the building from below. 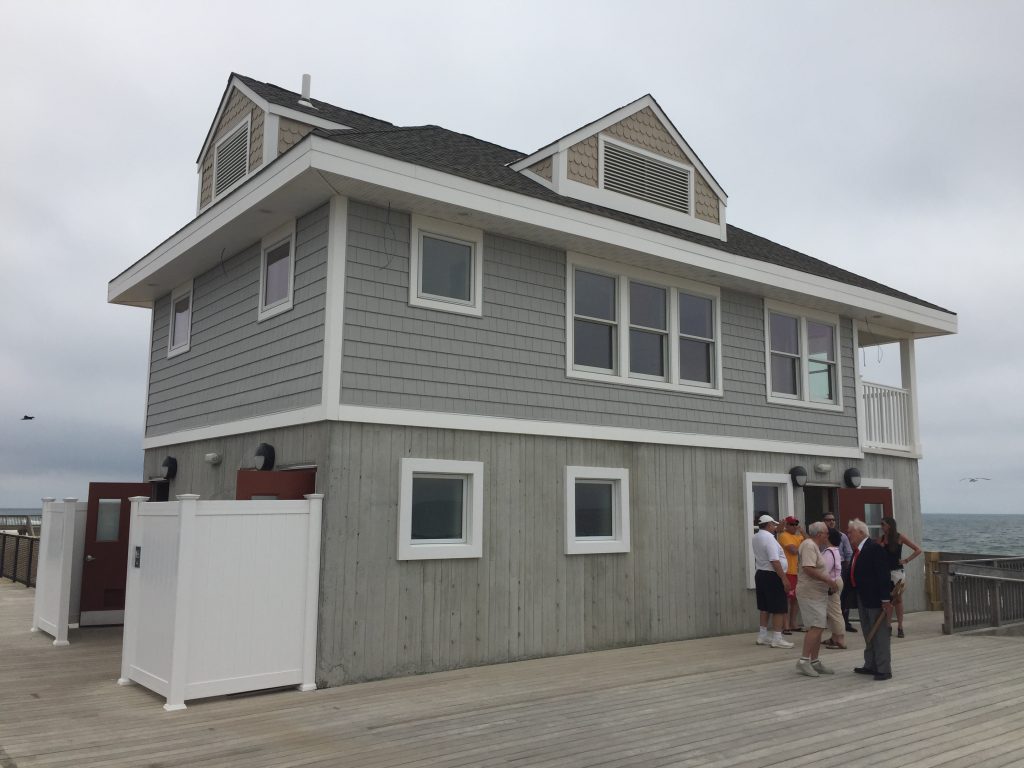 The 1,600 square foot building houses public bathrooms and a first aid center on its first floor, and showers for lifeguards, changing areas and an office on the second floor. The building cost about $900,000 to construct, but 90 percent of its cost is being covered by the Federal Emergency Management Agency.

“It’s too bad it took this long, but things move slowly,” said Kelaher. “I presided over the ribbon cutting for the building that was here that got destroyed in the storm. I figured it would last forever.”