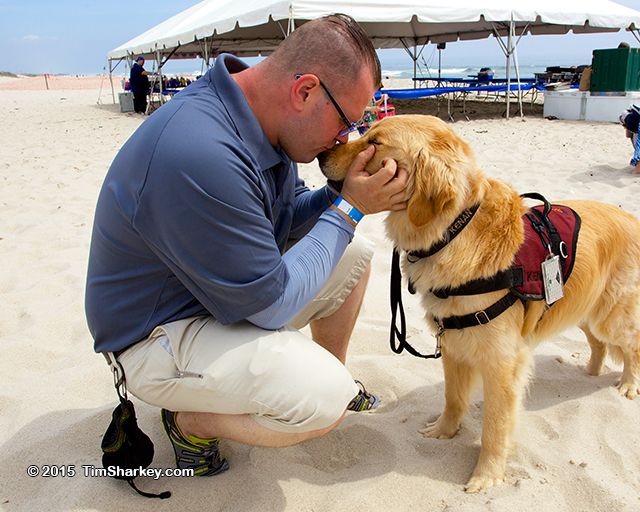 The first event supporting the organization came last year, after Jurusz met Adam Campbell, a U.S. Army veteran who grew up in Lakewood and served on the front lines during four tours of Iraq and Afghanistan. After spending months in a hospital, paralyzed, after he was attacked by an IED and RPG fire, Campell regained his physical strength, but suffered from severe post-traumatic stress disorder. (See our full story from 2015 on Campbell.)

Paws 4 Vets was responsible for providing Campbell with Kenan, his service dog, who he credits with saving his life. The organization, Campbell told Shorebeat last year, operates under a “pay it forward” system, where veterans matched with service dogs are asked to help fund canines for others. Jurusz offered his beachfront restaurant to Campbell as a fundraising opportunity, organizing numerous local chefs to prepare food at a beach party.


This year, Jurusz is continuing the new tradition with a second event that he hopes will be even bigger than the first. 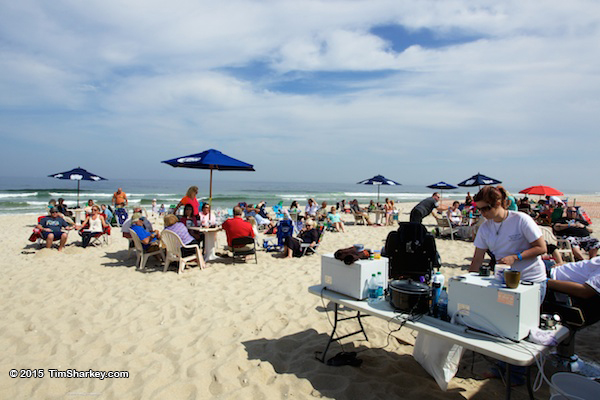 Attendees enjoy food on the beach during the 2015 paws4vets fundraiser. (Credit: Tim Sharkey)

“This is our second annual event for this and we want to make it even bigger than last year,” Jurusz said in an e-mail. “Some of you already have done shows on the beach with me and know the fun we have … we are expecting over 500 people to this one.”

This year’s event will, again, feature dishes from eight local chefs, local beer, wine and liquor from sponsors and a gift auction. There will also be raffles and prizes, plus face painting for kids.

The event will be held Sunday, June 12 from 12 noon to 5 p.m. The cost is $50 per person. A Facebook page has been set up to keep those interested informed of the benefit. Tickets can be purchased on the Chef Mike’s ABG website.