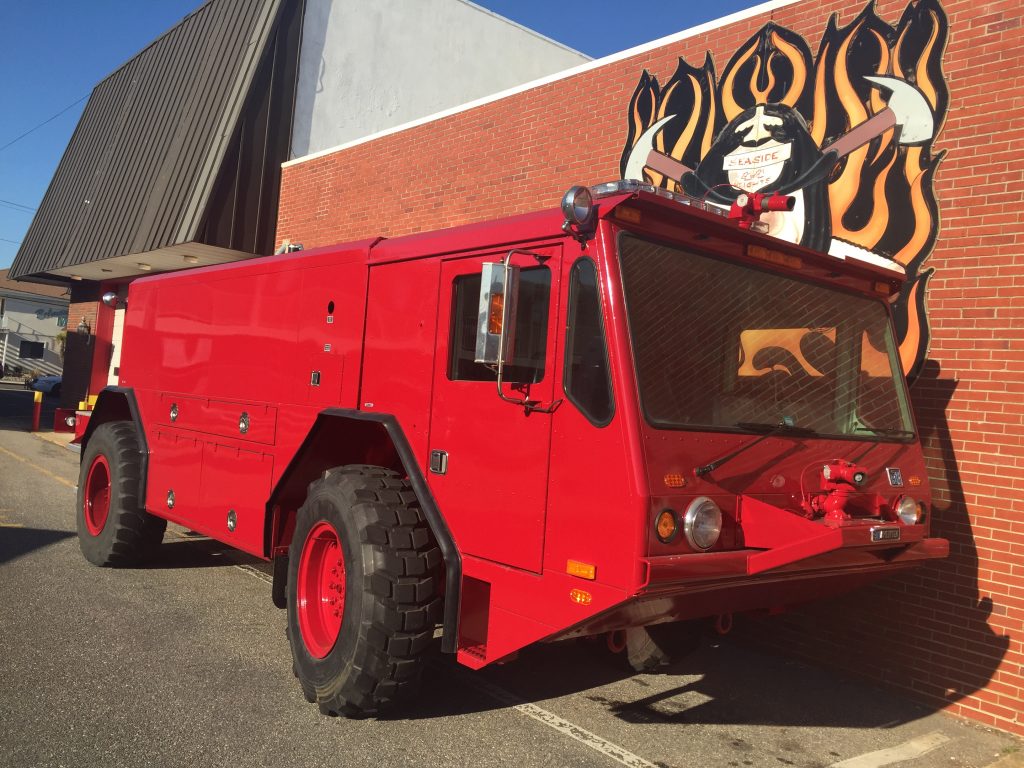 More than two years after a boardwalk fire set back the borough’s recovery from Superstorm Sandy, Seaside Heights has added a new weapon to its firefighting arsenal aimed at helping firefighters to quickly bring future boardwalk fires under control.

With strong winds common – a heavy, south wind drove the Sept. 2013 blaze northward from Seaside Park into Seaside Heights – a mobile response is necessary to get equipment ahead of a fire so it doesn’t spread. The other issue officials face is the fact that some pieces of firefighting equipment can’t be brought onto the sand or on the eastern side of the boardwalk, where such fires would likely start.

Seaside Heights officials believe their new asset, a four wheel drive truck originally designed to fight fires on airport runways, could be the key to minimizing the impact of future boardwalk fires. The truck can pump both water as well as foam through its system, which includes a roof-mounted nozzle.


“We had a fellow who used to be an airport firefighter come over [Tuesday] night and do some training with us,” said Seaside Heights Councilman Richard Tompkins, who is also a member of the borough’s volunteer fire company.

The vehicle, which was acquired by the borough for free through a government surplus program, has recently been painted and has had some maintenance performed. Now, Seaside Heights firefighters can train with it regularly. Though initially designed for airports, the truck is uniquely suited to a boardwalk environment. Its tires can gain traction on the sand without needing to be aired down, meaning it can respond instantly to an incident on the boardwalk and fight a fire from the sand, if necessary.

“This goes right up on the sand as it is, you can’t beat it,” said Tompkins. “Everyone knows that with the pier fires we had, we had problems getting to that side to fight the fire.”

The truck can hold 1,000 gallons of water or foam.

“We now have something that gives us a better shot of putting that fire out,” said Tompkins.