Boardwalk Benches Given a Shot in Lavallette; Bay Boulevard to Get More Trees 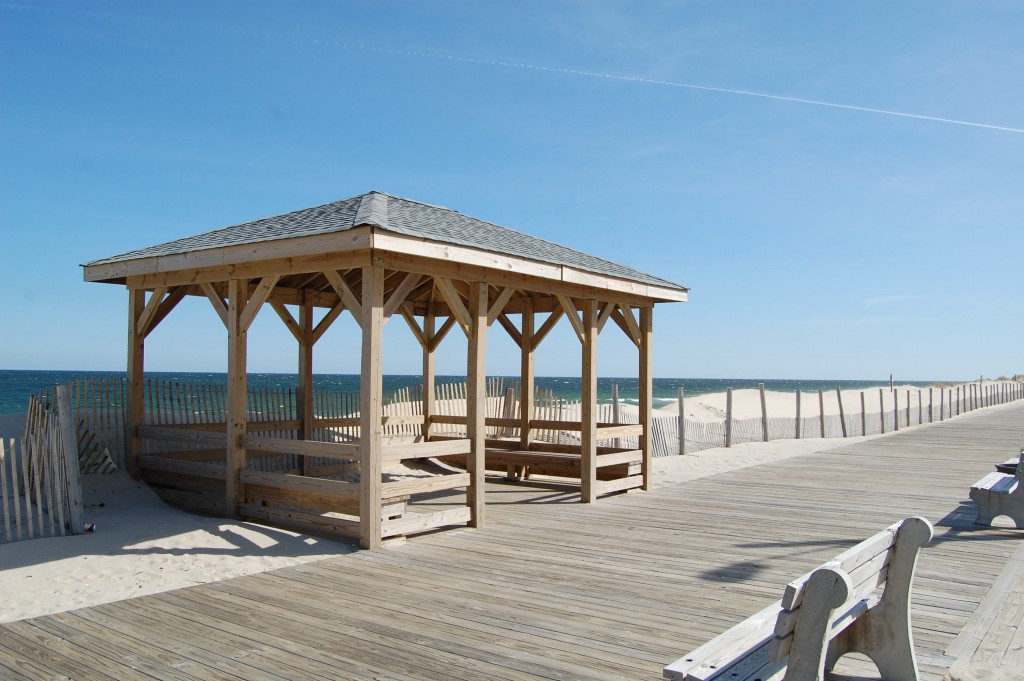 Benches and a gazebo along the Lavallette boardwalk. (Photo: Daniel Nee)

Lavallette officials tentatively introduced a plan to allow benches along the borough’s boardwalk this week, and announced that Bay Boulevard, largely barren since Superstorm Sandy, will finally be receiving some greenery.

The boardwalk bench plan was requested by a resident who wrote a letter to the borough council, asking that additional benches be installed at each access point to beach along the boardwalk, and at streets in between access points.


The council was amendable to the plan, but faced some opposition from Councilwoman Joanne Filippone.

“Every complaint we’ve had about the bikers and the walkers is that the boardwalk is so crowded in the morning,” said Joanne Filippone. “The benches are going to stick out into the boardwalk at least three feet, and if you have somebody sitting there, it’s another foot.”

Mayor Walter LaCicero suggested one bench be allowed on a trial basis, a compromise to which the council agreed. The Public Works Department will choose the location of the trial bench.

The borough has extra benches that can be used in the experiment, LaCicero said.

Council President Anita Zalom said county crews have begun planting trees in the median of Bay Boulevard, which has been largely devoid of greenery since Superstorm Sandy and post-storm repairs and construction.

Bay Boulevard, a county road that runs through Ortley Beach and most of Lavallette, will receive trees from the county’s forestry center in Jackson.

Crepe myrtle trees and beach plum plants were selected as the best plants for the road since they will not block the view of cars – or of Barnegat Bay. Zalom said the plan is to plant taller plants near houses that are raised and shorter ones near homes that are not raised.

“I know everyone is looking to some beauty down there on Bay Boulevard,” Zalom said.