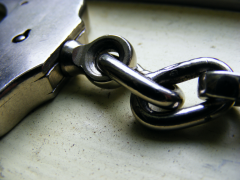 A physician with an office in Toms River was indicted Thursday on bribery charges for allegedly accepting thousands of dollars in exchange for referring his patients to two lab companies that performed blood and DNA testing.

The indictment of Vincent Destasio, 54, of Toms River, was announced by U.S. Attorney Paul Fishman. He faces one count of conspiracy to accept cash bribes and two substantive counts of accepting cash bribes.

Prosecutors allege Destasio, whose office is located on Church Road, was paid cash kickbacks by two sales representatives – identified as Daniel Gilman and Kenneth Robberson – who were partners operating PROMED, a marketing and sales company specializing in blood testing laboratories and DNA laboratory testing companies. Gilman and Robberson have both pleaded guilty to a charge of conspiracy to bribe a physician and are awaiting sentencing, a statement from Fishman’s office said.

From March 2014 through May 2015, the statement said, Gilman and Robberson solicited Destasio by paying him cash bribes for referring patient lab work to two separate laboratories for which Gilman and Robberson provided marketing and sales. One company was a blood testing laboratory company and the other was a DNA laboratory testing company. Neither company had “any knowledge of, or involvement in, the kickback scheme,” according to the statement.

Gilman and Robberson received monthly commission checks from the two companies for referrals, for 10 percent of the reimbursements paid to the companies by various payors, including Medicare, according to prosecutors. After receiving the commission checks from the two companies, Gilman and Robberson would identify the number of patients Destasio had referred and pay him a cash kickback based on those patients, it is alleged. Destasio was paid a total of approximately $25,000 in cash bribes for his referrals, according to court documents.

Destasio faces a maximum prison sentence of five years on each count in the indictment and a maximum fine equal to the greatest of $250,000 or twice the gross gain or loss from the offense. He will also forfeit $25,000, if convicted.