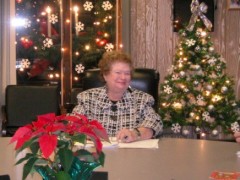 The Seaside Heights borough council is expected to name a successor to the seat on the governing body that had been held by Councilwoman Arline Ottoson, who died last month.

Under New Jersey law, when a council vacancy occurs, the party to which the candidate belonged forwards three names to the remaining council members, who are tasked with choosing one to serve the remainder of the calendar year. The appointed member would need to run for election to fill the remainder of the unexpired term in November if he or she wishes to continue. Then, after the original term is completed, the member could run for a full term.

Ottosn, 85, died Jan. 30 at home. She served 21 years as a Republican borough councilwoman. In her personal life, Ottoson once owned the Atlantic Motel in Seaside Heights and worked for years at the Big Top Arcade.


The public portion of the council meeting begins at 5 p.m. in the municipal court room.